Emma Appleton puts in another rousing performance in Traitors Episode 2, which seems to console itself with twisted subplots, giving viewers more questions.

Emma Appleton puts in another rousing performance in Traitors Episode 2, which seems to console itself with twisted subplots, giving viewers more questions.


This recap of Channel 4’s Traitors Episode 2 contains spoilers. You can check out our thoughts on the previous episode by clicking these words.

Traitors Episode 2 thickens the story, entwining the period drama with many elements and food for thought. In the opening scene, we learn that Hugh Fenton (Luke Treadaway) served for his country in Egypt during WW2. His resounding speech from the last episode has had an influencing effect on the Prime Minister. He’s asked that he wants a welfare state then the country needs the money to do it, which means that they need to ask America for financial aid. It also seems that Parliament does not trust the Americans during this post-war period. Meanwhile, Feef Symonds (Emma Appleton) asks where Peter has gone, but Rowe (Michael Stuhlbarg) tactically backtracks, asking her to be a creative spy.

Traitors Episode 2 sees Feef continuing her mundane work while trying to be the spy. The Cabinet is arguing about women in the workplace, with the men claiming that the married workers need to start breeding. Rowe under pressure asks Jackson Cole (Brandon P Bell) to hide Peter’s body so she can maintain the trust with Feef. Traitors does not waste time trying to string together many subplots in a fast-paced series so far. 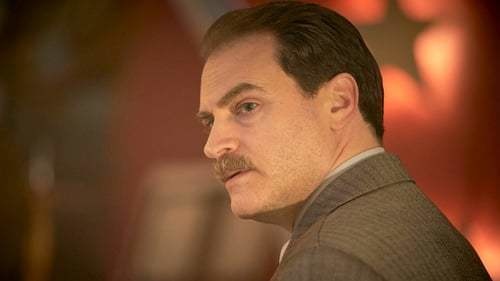 The series paints Rower like an extremely paranoid American official, with Feef trying to solve missing pieces for the ultimate objectives. Traitors Episode 2 has her put through the paces as a newly formed spy, finding reasons to access archives that she shouldn’t touch in the Cabinet Office. She uses her looks and charm to overcome men. She also knows when to put on the waterworks, lying that her male boss is making untoward physical moves. All her movements are part of a cover to infiltrate.

But Peter is still on her mind, but the highly manipulating Rowe has created a fake letter for her, to hide the fact he is dead. It’s a far-fetched story that he’s got a mission in Poland that is high-level and dangerous. It’s funny because the war is over, yet she believes in the writing, with the letter even ending with “bug”, the nickname Peter gave her. Rowe has it all to do, with pressure on him to deliver results due to budget questions.

Rowe needs to know who is voting against the American loans in the Labour party, which seems to be the most contentious issue in Episode 2. Feef, who continues to dig, asks Fenton if he is a communist and he surprisingly claims he would never rule it out because he used to be a Tory. I wonder if her approach will change if she starts falling for Fenton? I also noticed that amongst all Rowe’s plans, Jackson always looks uncomfortable. Does he not agreed with Rowe’s infiltration? 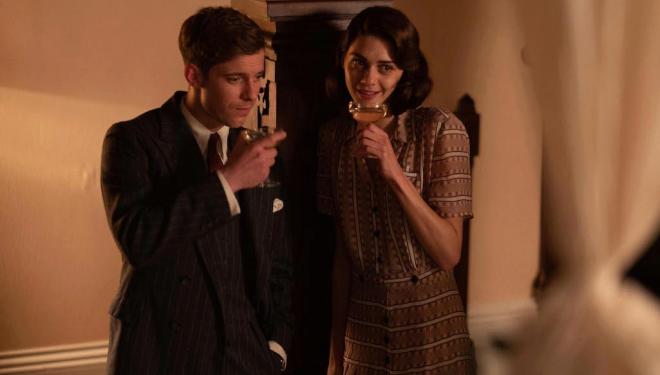 As Feef dives into the Cabinet archives, she learns the name Phillip Jarvis, but while asking of him, she discovers he is now deceased, which shocks her, as it is her predecessor. Her colleagues claim he bundled down a set of stairs, but I suspect he was murdered for being a spy. With Rowe getting Labour MPs on his side to vote for the American loan, he demands more of a budget again.

At the downbeat wedding, Feef and Fenton awkwardly stand around taking in the dull atmosphere. Her mother is very drunk, and Feef asks if she can slow down. Her mother seems bitter about Feef’s success, claiming she should be with someone, accusing her of being a lesbian. The wedding almost stands still as her mother slaps her. Fenton worried, tends to her hit cheek, but ends up kissing her like the easily swayed man he is.

Traitors Episode 2 ends with Fenton remembering Egypt, and his friend getting bit by a snake. Meanwhile, the spy asks Rowe about Jarvis, and he tells her that the Russians murdered him. Traitors appears to be obsessed with creating as many questions as possible, and the characters getting increasingly paranoid about the political landscape.

You can check out our thoughts on the next episode of Traitor by clicking these words.