Traitors Episode 3 conveys important messages aligned to #MeToo, but unfortunately, it was a slightly stale episode, with progress not worth caring about.

Traitors Episode 3 conveys important messages aligned to #MeToo, but unfortunately, it was a slightly stale episode, with progress not worth caring about.


This recap of Channel 4’s Traitors Episode 3 contains spoilers. You can check out our thoughts on the previous episode by clicking these words.

Traitors Episode 3 gets off to a stale start, showing the murder of Feef’s (Emma Appleton) predecessor, reversing the scenes backwards. There’s a scene where the predecessor was worried, and Rowe (Michael Stuhlbarg) tells him not to worry.

Eight months later, Feef is getting further instructions regarding the cabinet members from the Americans. They are desperate for her to find the mole, but at the same time, behind her back, they are paranoid about Feef being positive about the current government. It doesn’t help that her relationship is deepening with Hugh Fenton (Luke Treadaway, with the duo having dinner together before having sex. It’s not just a fling. The next day, Feef manages to retrieve some documents and a gun from cabinet member Mr Roxborough.

Feef keeps her cool for a while in Traitors Episode 3, almost as if she’s mastered the art of spying. She attends a play with Mr Roxborough, despite her worry about seeing the gun. At the play, they toast to the memory of her predecessor, Phillip Jarvis. She soon learns one of her female colleagues was with this man and tried to comfort her. This leads to a laborious flashback, where it confirms they did have a relationship. If anything, it only reinforces that Jarvis suspected there were Russian spies in the government, but this was hardly a grand reveal. 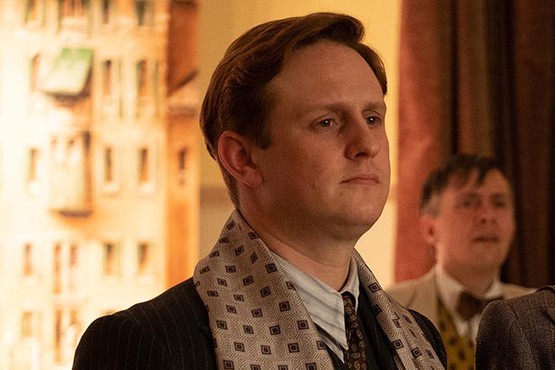 Feef returns home to see Rower in her bedroom; he’s a somewhat invasive person. He encourages her to use her beauty to have influence over the men. He states “do what you have to do”. There’s a heavy theme of men treating women inappropriately.

Traitors Episode 3 sees Feef floundering around the office like she owns the government department with confidence. She is well and truly embedded into the cog, even managing to get into M15 briefings, and learns a lot about the perceived communist threat. In a moment of panic, she is caught in her manager’s office attempting to find more documents, but she covers it up by stating she was getting the cat out. Her manager asks her to sit down and explains that women have to work twice as hard and she should stop flirting with the other men. Due to her narrow escape, Feef accuses Rowe of not making her feel safe.

Episode 3 ends with Mr. Roxborough trying to kill himself, but Jackson Cole (Brandon P Bell), who was spying on him prevents it from happening. He tries talking to him about the communist party, but Mr. Roxborough expresses that he hates communists, giving Jackson the signal to leave, knowing he is not a threat. Considering his instability, Mr. Roxborough persists that he and Feef should date, but she confesses she’s with someone – he aggressively places his hand on her genitals, stating that she shouldn’t have gotten in his car, and by doing so led him on. Traitors Episode 3 leaves Feef traumatized by the sexual assault.

As the credits draw near, the ending reveals that Feef’s manager told the government about Jarvis, which led to his murder.

You can check out our thoughts on the next episode of Traitor by clicking these words.