First, history. In 2007, the Cebu Provincial Detention and Rehabilitation Center (CPDRC) on the Philippine island of Cebu made worldwide news. A video went viral. In it, around 1500 prisoners danced to Michael Jackson’s “Thriller”. In Netflix’s new five-part docuseries Happy Jail, Filipina American filmmaker Michele Josue attempts to explore what prison life is like in a facility that promotes recreational dancing — and happiness — as a form of rehabilitation for its inmates. The result is on the one hand familiar, built on many recognizable tropes and techniques, but on the other hand, driven by a politically-charged narrative that delivers some truths and emotion. 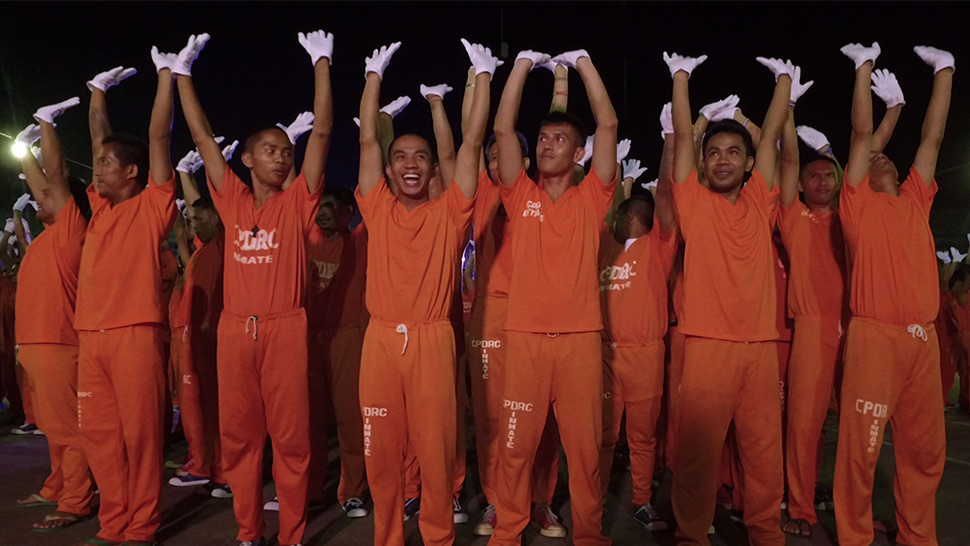 Netflix is no stranger to the prison-set docuseries, but if Happy Jail Season 1 is reminiscent of one, in particular, it’s Girls Incarcerated, which also promoted positivity and education rather than strict punishments among its inmate population. The optimistic tone and clear effects of this laidback, fair approach are immediately apparent and showcased through the usual techniques and materials: face-to-face interviews, archival footage, shots of day-to-day life inside the prison, and the gradual getting-to-know-you of various inmates and prison staff. You can lament the familiarity of such things — and indeed I wish docuseries’ like this would come up with a more innovative approach — but it’s also tough to acknowledge how well it works; sometimes things become popular for a good reason.

As ever, it’s the politics that work to undermine the CPDRC’s unconventional rehabilitation techniques, and as it swiftly progresses over its five episodes, Happy Jail Season 1 begins to morph into a less relaxed, more dramatic exploration of how various policies meant to combat the country’s war on drugs had a knock-on effect for the prison and its inmates. Happy Jail feels more driven by its narrative than similar docuseries’, and is better for it, even if a longer season and some more striking filmmaking would have helped it to stand out in a packed market.