City on a Hill Recap: A Fantastic Finale

In the Season 1 finale of City on a Hill, “Mayor Curley and the Last Hurrah,” everything comes together in a focused, purposeful episode that sets up where we’re going from here.

In the Season 1 finale of City on a Hill, “Mayor Curley and the Last Hurrah,” everything comes together in a focused, purposeful episode that sets up where we’re going from here.

This City on a Hill Season 1, Episode 10 recap for the episode titled “Mayor Curley and the Last Hurrah” contains spoilers. You can check out our thoughts on the previous episode by clicking these words.

With “Mayor Curley and the Last Hurrah,” the City on a Hill Season 1 finale finally brings the major plot threads together in a way that makes sense. It’s focused on a few major things, resolving some of them and then shifting the course to take us into next season. Hank is dead. The Ryan brothers (Jonathan Tucker and Mark O’Brien) are in custody. Cathy (Amanda Clayton) is left to clean up the mess, and Decourcy Ward (Aldis Hodge) is ready to prosecute and set his sights on Jackie Rohr (Kevin Bacon).

“In this f—ing city, you can do anything and get away with it. You can lie, you can cheat, you can steal, you can leave a woman to drown in your f—ing car and still get elected.” This essentially sums up the series thus far. It doesn’t matter who or what you are: Boston doesn’t care. Crime pays – maybe not for everyone, but for enough people. No one but Ward wants the system to change.

After the latest armored truck heist goes awry – oddly, thanks to Rohr – Decourcy interrogates Jimmy, who demands immunity. He plays to Decourcy’s clearly desperate need to solve the case of the dead armored car guards from episode one. And Jimmy gets his immunity, then admits to murder, dashing any hope that Decourcy has of ever running for political office. They won’t elect the guy who gave a murderer immunity. He ends the season despondent, while Siobhan reminds him that “it’s easier to bleed than to sweat.” He feels dirty, like he doesn’t deserve to go forward, that he’s lost Siobhan’s trust. She stands by him, and he knows that Rohr is the embodiment of the corruption at the heart of Boston – a corrupt cop, a true ideological antithesis.

Meanwhile, Jackie begins making the rounds in “Mayor Curley and the Last Hurrah”, visiting each area of his life that he’s devastated. He’s not making amends, exactly, but he’s slowly but surely exposing his ravaged soul to everyone. To me, the entire City on a Hill Season 1 finale felt as though Jackie wouldn’t walk out on the other side of it. He even survives a botched car bomb. Jackie Rohr truly is the cockroach that everyone makes him out to be: conventional means just won’t take him out. 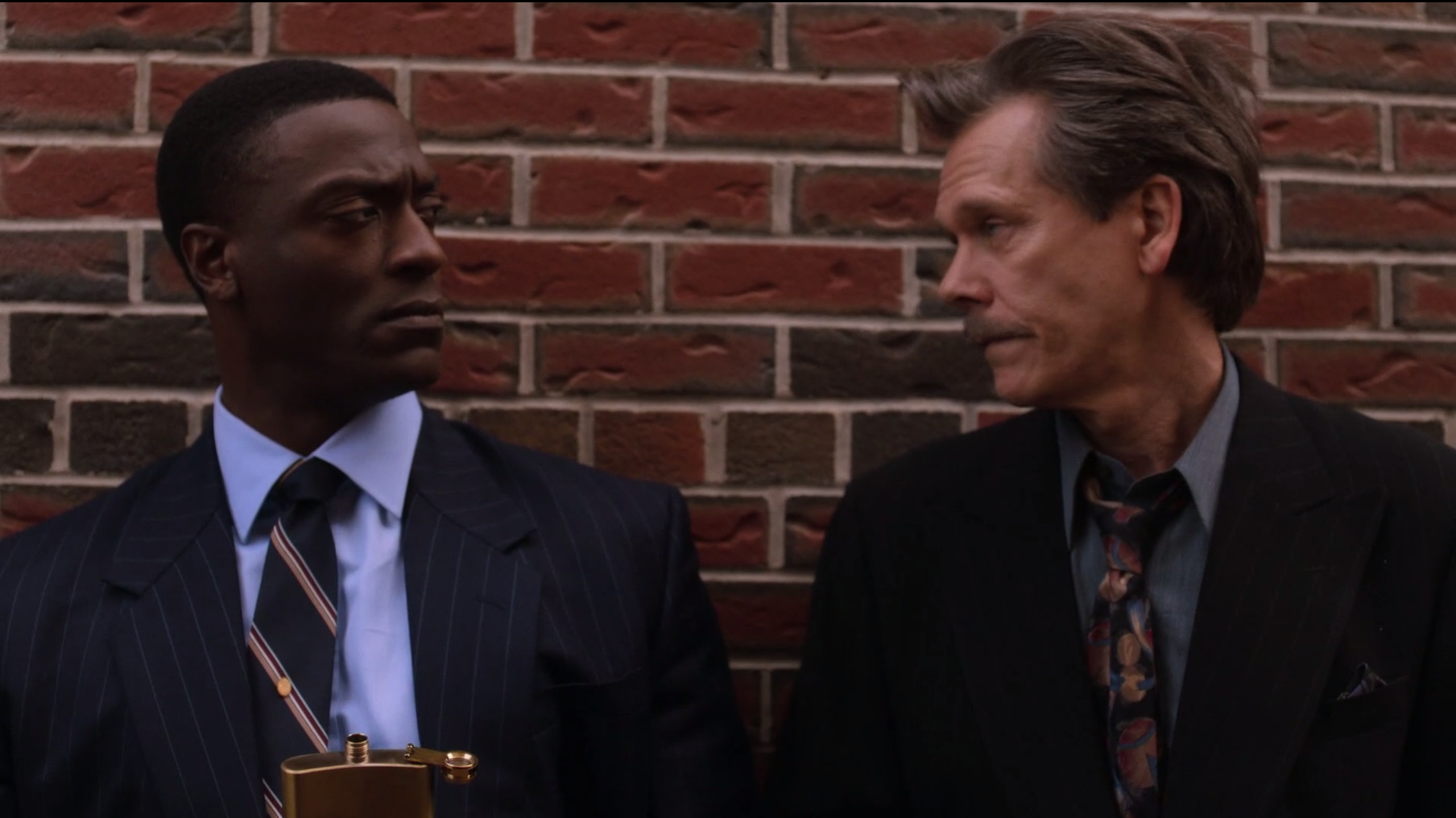 Jackie and Decourcy talk repeatedly throughout “Mayor Curley and the Last Hurrah” (here the show always works on all cylinders). As usual, it’s hard to tell exactly what Decourcy is thinking — Aldis Hodge plays a mix of disgust and camaraderie when interacting with Bacon’s Rohr that’s always inscrutable. Hodge is so subtle and really brilliant in his layered performance. He’s setting Jackie up, lulling him into a false sense of security by buddying up to him, then dropping the anvil. Decourcy begins to pick himself up off the mat by the end: “I haven’t even begun to scale the building and show this city my a–.” He’s coming for Rohr.

Jackie tells a story of his childhood when he would sneak into a Baptist (read: “Black” in Jackie-speak) church and marvel at how they sang and smiled, even though they probably had less than he did. He could never figure out happiness, but he wanted it. So Decourcy asks him: “When did you stop giving a s–t?” Jackie replies, “Honestly, I couldn’t tell you.” Later, he asks Ward, “Honestly, what did you think you were gonna do here?” Ward truly thought he could prove everyone wrong about how to handle crime in Boston. Not to accept the status quo of a code of silence. He truly wants to clean up the streets. Jackie once wanted that as well. 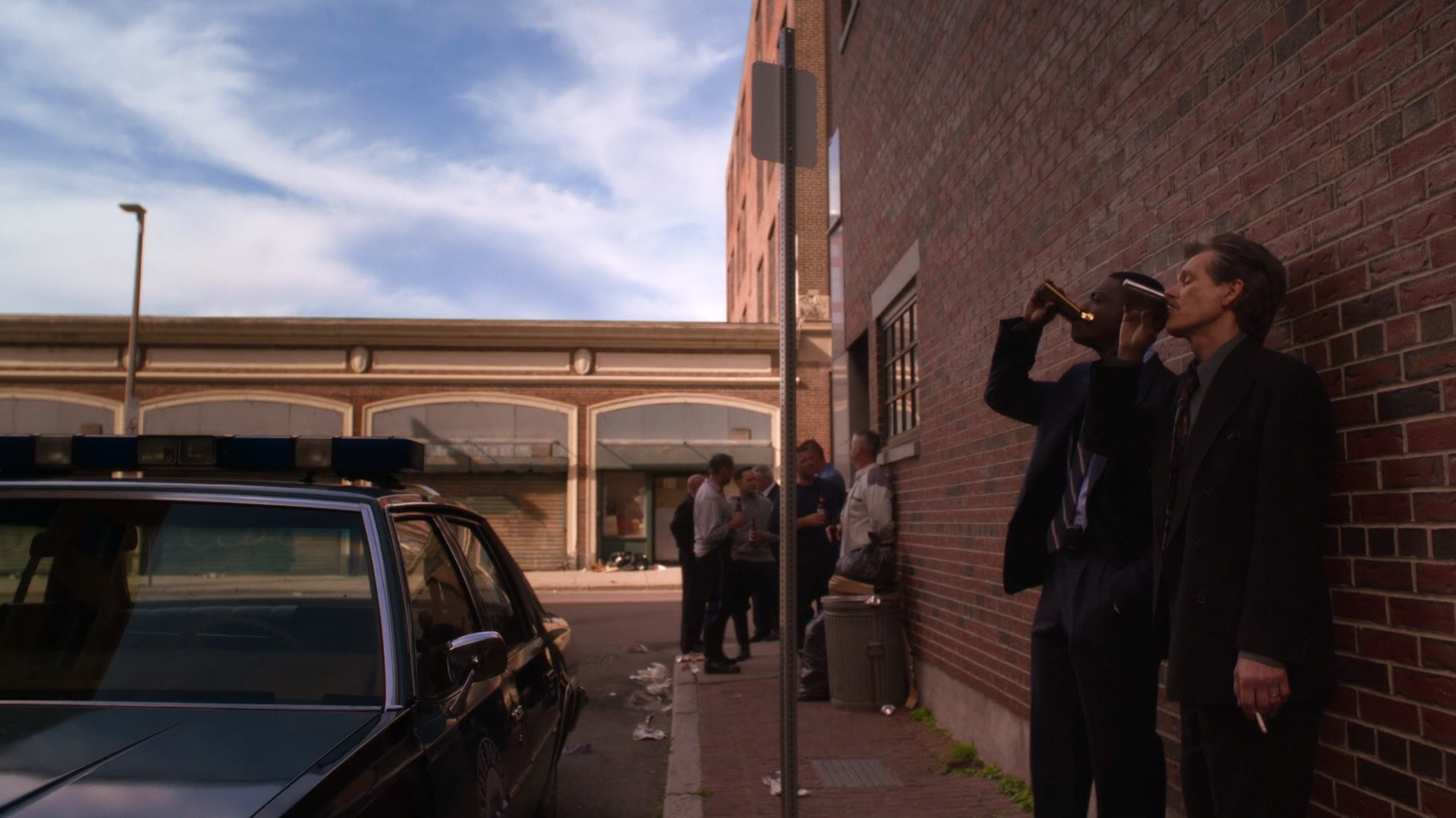 Then Jackie goes to Jimmy at his cell, and he talks about funerals. He’s getting positively introspective: “You and me both. There’s gonna be people at our funerals who are finally gonna be able to f—ing breathe. You see what I’m saying? And the only guy I can talk to about this is sitting here in this f—ing cell for rattin’ on his brother and his friends… I think the Catholic guilt is finally getting to me. I’ve hurt a lot of people and I’d like to finally give them some relief.” Jackie says all this to Jimmy, trying to get him to talk and take the fall for everything. But at the same time, I feel as though the real Jackie (however dark and twisted that creature is) might have been really talking here. But he’s as inscrutable as Ward.

Jacke and his estranged wife Jenny (Jill Hennessy) meet. Jenny tries to figure out how her husband could be so horrible. They’re walking in the rain, and she isn’t extending her umbrellas to him. “Look at me. Really look. Do I look anything like the guy that you married? Look at my face, I mean, look hard. It shows… The sins. The loathing.” Despite all the awfulness that is Jackie Rohr, he recognizes his horrible nature. Jenny urges him to be the man she’d always thought he was. At this moment, I don’t know if he needs to die or if he can attempt to redeem himself. One of the best visual moments in the City on a Hill Season 1 finale is Jenny telling Jackie that if he doesn’t know if he can even try to be a better man, he should stay back. Then she walks off. And he follows her silently. 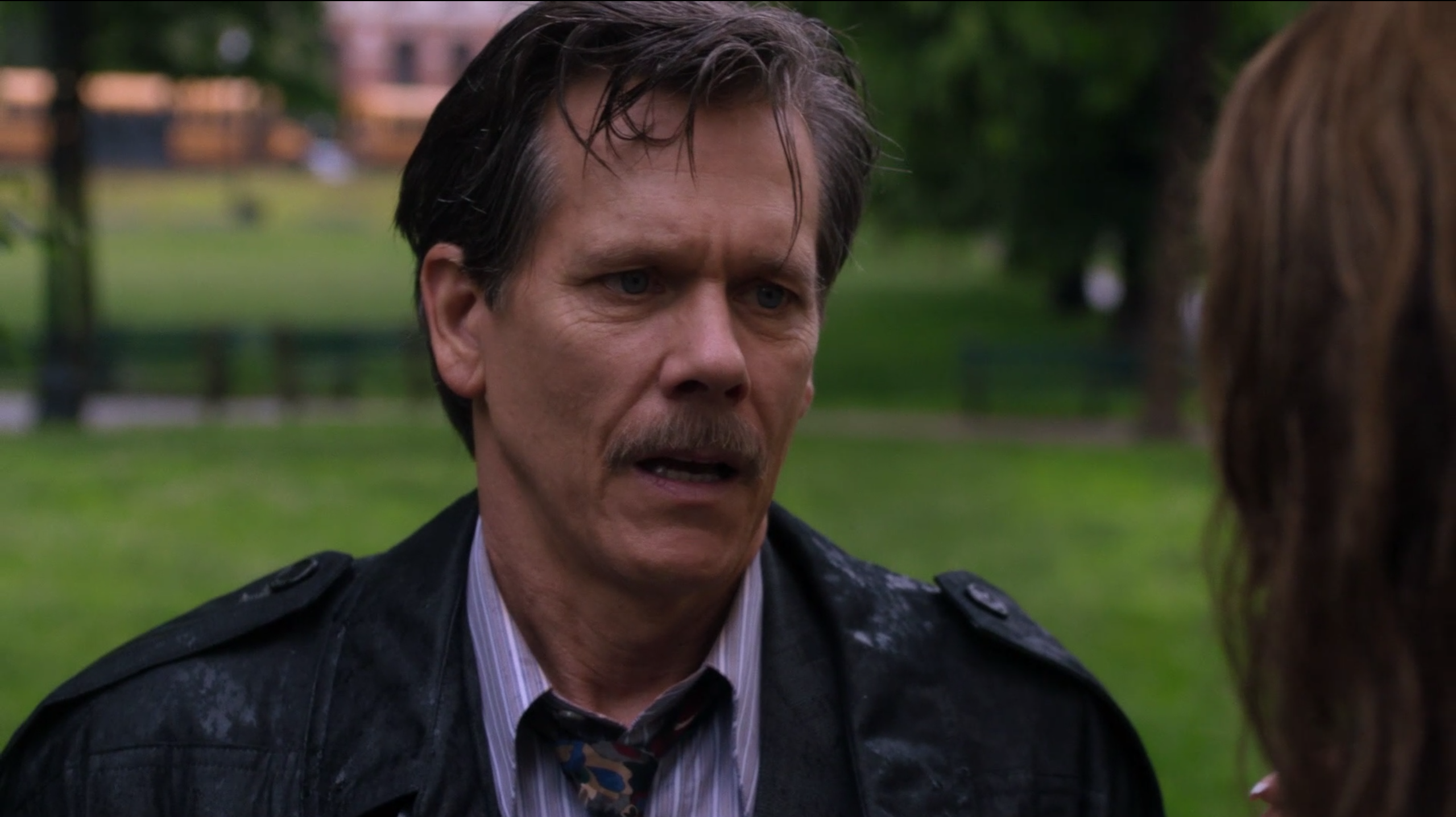 Jenny confronts her mother in “Mayor Curley and the Last Hurrah”, kicking her out of the house for enabling and covering for her father’s molestation and then oppressing her since he died. That, leaving Jackie, and putting him in his place shows the most strength we’ve seen from her this season — the culmination of everything she’s moving toward. When her mother goes to Jackie for help, he scoffs, nobly for the first time in the show, in defense of his wife: “You think that now for the first time in her life she stands on her hind legs I’m gonna knock her back? No. I don’t think so.” Jackie Rohr might just find some sort of redemption yet.

It’s been a pleasure to watch Kevin Bacon work this season. He so easily portrays an inscrutable scumbag whom we truly, deeply love to despise. He really wants to fight for Ward and his cause, though he’s just so truly heinous as a human being that we don’t know if he’ll be able to go the distance for good. Maybe his hands have to get dirty so Decourcy’s don’t. And yet he’ll ultimately have to suffer for it.

Enough cannot be said about both Jonathan Tucker’s stoic family man Frankie and Mark O’Brien’s manic snitch Jimmy. Both men have performed their hearts out this season, bolstering some equally manic plotting. Moreover, Amanda Clayton’s Cathy Ryan is tough and brutal, while also emotional and real. Jill Hennessy as Jenny Rohr has brought us along with her on a truly horrifying roller coaster this season; she’s had an amazing arc that I want to see play out. And finally – though certainly not least importantly – Sarah Shahi started out playing Rachel Benham in the background, not even in the pilot, and then has blown the doors off the place. I hope she’s purposefully given more to do in the upcoming season.

Wow, what an uneven first season of City on a Hill this has been. It’s one thing if a show is middling and mediocre throughout, but the disparity between the highs and lows boggles the mind. But in the last few episodes, and particularly here in “Mayor Curley and the Last Hurrah,” the writers and directors have truly stuck the landing. City on a Hill has boasted some truly phenomenal writing, some beautiful, profound, poignant turns of phrase throughout season one, and some wholly indecipherable plotting as well that truly hampered the show. However, I’m truly pleased to see how it turned out and cannot wait for a second season that sees Aldis Hodge and Kevin Bacon going toe to toe.

1 thought on “City on a Hill Recap: A Fantastic Finale”