Unbelievable Season 1, Episode 8 — The Finale concludes the tragic story as the detectives and Marie close one door, and open another.

Unbelievable Season 1, Episode 8 — The Finale concludes the tragic story as the detectives and Marie close one door, and open another.

This recap of Netflix Series Unbelievable Season 1, Episode 8 – The Finale, contains significant spoilers. The series is based on a true story. You can read the recap of the previous episode by clicking these words.

I am relieved that Episode 8 allowed us to witness the moment Detective Parker found out the truth about Marie. When he saw the evidence via email, you could sense his entire world crash around him. He knew at that moment he had violated a girl’s life, discarded her truth and that there is nothing he can do to repair it.

The finale of Unbelievable almost feels offensive at first. When Detective Parker decides to speak to Marie, he lets her know about the evidence and the rapist that has been arrested. He gives her a cheque from the state, a measly $500, the amount she spent for the court fines. I can only assume Parker knew she was not going to accept the money, but that was a lame move. A more mature and level-headed Marie decides to take it further.

Meanwhile, Christopher McCarthy has pleaded guilty and wants to go straight to sentencing. Grace wants his laptop to find further evidence of the women’s lives he has ruined; however, that is proving to be a sticking point because the prosecutor does not want it to risk going to trial. The women affected were allowed to speak at the hearing, providing more monologues, and a speech at the end by Grace, requesting that this man is not permitted to leave prison.

In the end, Grace’s wish is granted — Christopher is given over 300 years in prison without parole. He will die in prison. 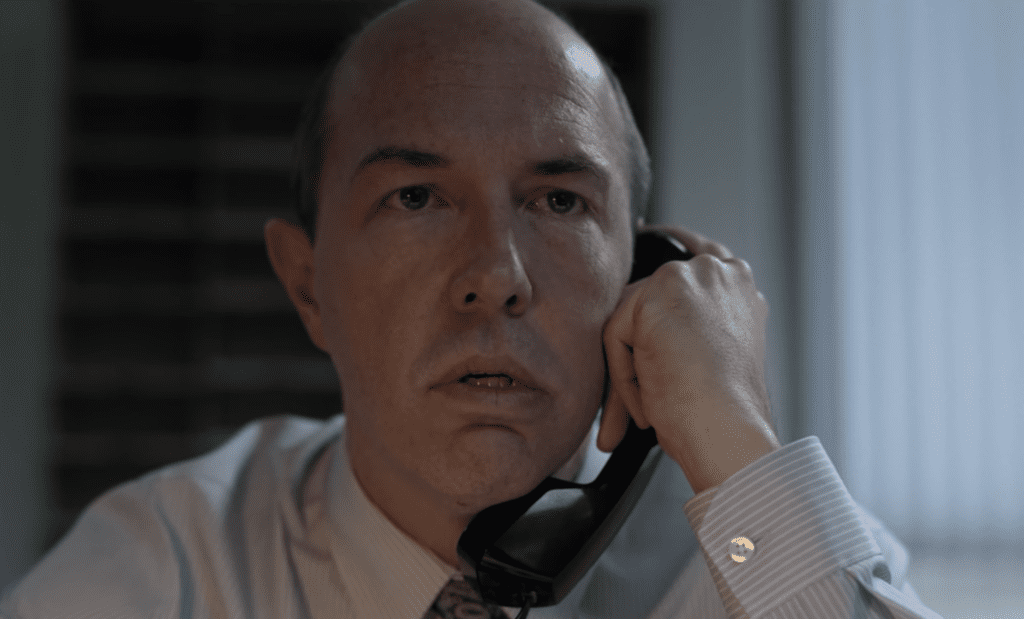 Grace and Karen celebrate the outcome, but Karen becomes depressed at the prospect that there are more rapists out there. Grace assures her that they can only catch one bad person at a time. Christopher McCarthy agrees to do an interview to help capture more rapists; Grace and Karen watch the interview on video and Christopher discusses how smart men are, and how they improve with time with their victims. The pure arrogance on show was horrifying.

As for Marie, she secures a lawyer to take on the state, and they offer her $150,000. Her lawyer wants to fight for more, but Marie is happy with that money, wanting the ordeal to be over, knowing that the state accepts blame.

In the end, Marie decides to hit the road, but before she sets off, she approaches Detective Parker at the police station. She states that she cannot believe that there has been no apology offered — Parker apologizes, and Marie asks that he does better next time.

Unbelievable Season 1, Episode 8 – The Finale ends with Marie on the beach, the most relaxed she has ever been. She rings Karen and thanks her for helping while no-one else did. Marie now feels like she has something to wake up for in the morning.

This has been a phenomenal series.

You can read the season review by clicking these words.