“Cult of Torture” focuses on human evil rather than the supernatural, and is emotionally — and surprisingly — affecting as a result.

“Cult of Torture” focuses on human evil rather than the supernatural, and is emotionally — and surprisingly — affecting as a result.


This recap of Haunted Season 2, Episode 3, “Cult of Torture”, contains spoilers. You can check out our thoughts on the previous episode by clicking these words.

The obviously titled Haunted Season 2, Episode 3, “Cult of Torture”, is about James, who grew up in a cult and was tortured. But it’s hard to be flippant about this one, which is not only believable, documenting real human horrors instead of made-up supernatural ones, but also genuinely emotionally affecting in a way I wasn’t at all expecting.

When he was a child, James, along with his brother and his mother and father, were seduced by the religious broadcasts of Herbert W. Armstrong, eventually moving into a house within the purview of the Worldwide Church of God, his extreme Christian cult. On the day they arrived, a pastor arrived to chase demons out of the house; when he demanded that James and his brother go inside, and his brother refused, he beat him. Their parents said nothing. 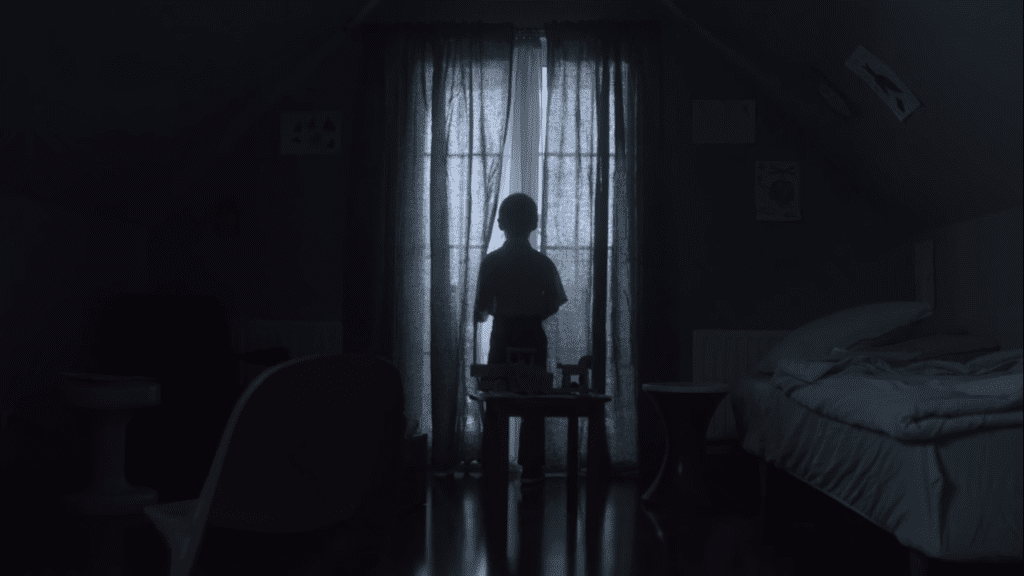 James recalls sermons in Haunted Season 2, Episode 3 which were almost exclusively focused on the existence of demons; gluttonous demons that would haunt the overweight, and gay demons that would haunt homosexuals, which apparently James himself was possessed by, given away by his apparently effeminate behavior. Initial treatment began. Believers chanted “Gay demon begone”. James was kept in complete isolation for weeks at a time for a period of several years, often sexually abused by his own mother, who insisted that if he responded to a woman’s touch, he’d no longer be gay. As a teenager, James was sent to the New Bethany Home for Boys, where he was told the gay demon would be exorcised. He was kept in a cage and fed dog and bovine food, manacled to the ceiling in his underwear for days, electrocuted while being shown men kissing, and raped. He was there for 17 weeks.

This is horrific stuff. Haunted‘s record of truth is not the best, of course, but even if elements of this story were embellished or even fabricated, I can’t imagine it’d matter. We know things like this have happened many times. The cruelest truth in “Cult of Torture” is that James returns home to his father, who has been told that James didn’t even try. He didn’t want to be cured. And thus, he was banished. This, in hindsight, is probably the best thing that ever happened to him. He went to college, realized he was gay, and moved to New Orleans to begin his own life. He still lives there, and while he’s still in therapy and still has nightmares about his experiences, he seems relatively happy.

Certain aspects of James’s story can be easily fact-checked. Some can’t. The New Bethany Boys’ Home was raided. The Worldwide Church of God was declared a cult and disbanded. Its founder, Herbert Armstrong, sexually abused his own daughter for years, and eventually died at the age of 93. James hopes he burns in hell. For what it’s worth, if there is such a place, so do I.

1 thought on “Haunted Recap: Human Evil Is The Scariest Kind”