A lean, mean English answer to The Wire, packed with authenticity, style, and verve.

A lean, mean English answer to The Wire, packed with authenticity, style, and verve.

This review of Top Boy: Summerhouse Season 1 is spoiler-free. If you’re looking for the new, Drake-produced season of the show, we have you covered.

Recently rebranded by Netflix, Top Boy: Summerhouse Season 1 was, once upon a time, known simply as Top Boy, and aired in 2011 on Channel 4 as a four-part English answer to HBO’s cops-and-robbers masterpiece The Wire. And that isn’t a superficial comparison. Both shows are about exploring urban criminality in an even-handed way, evoking the naturalistic rhythms of inner-city patter and chronicling the diverse lives that are affected by poverty and crime. And both shows do so well, though Top Boy does admittedly does it on a much leaner, meaner scale.

But the elements are all there. The fictional Summerhouse estate in Hackney is presided over by Dushane (Ashley Walters) and Sully (Kane “Kano” Robinson), lifelong friends and wannabe kingpins who control the drug trade with an army of school-age dealers who litter the corners. But their stories of personal ambition — and, as the series progresses, decline — also intersect with many other local lives, including young Ra’Nell (Malcolm Kamulete), who is left to fend for himself when his mother is taken to a mental hospital, and his dog-loving friend Gem (Giacomo Mancini); local ex-con father figure, Leon (Nicholas Pinnock); and the heavily pregnant marijuana-growing Heather (Kierston Wareing). 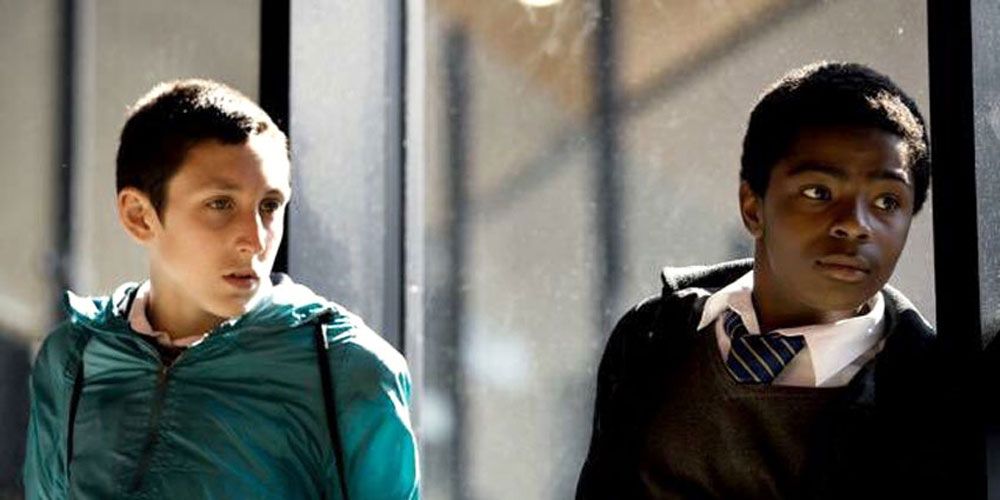 The main conflict in Top Boy: Summerhouse Season 1 is between Sully and Dushane and rival London Fields gang, but it’s also between engrained attitudes and the idea that there’s another way to live; between loyalty and self-preservation. It’s written — by Ronan Bennett — with an authentic ear to the ground of the capital’s culture, and stars actors who’re largely of the world they’re portraying. It manages to convince as well as surprise and excite, which is integral to a drama of this sort, which relies on how closely it evokes reality.

There are minor complaints to be made — the odd moment that feels forced or contrived, the odd predictable plot beat — but many more compliments to be given to Top Boy: Summerhouse Season 1, which remains patient and involving across four episodes. Its second season is better, but only thanks to the groundwork laid by this one. I hope those attracted to the higher profile of the third season take the time to visit the Summerhouse of 2011, where it all started.