Suits Recap: Mike Continues To Be A Problem

Old enemies come back to haunt Harvey in Suits Season 9, Episode 8, “Prisoner’s Dilemma” and Louis needs to fix a personal problem for his sister.

Old enemies come back to haunt Harvey in Suits Season 9, Episode 8, “Prisoner’s Dilemma” and Louis needs to fix a personal problem for his sister.


This recap of Suits Season 9, Episode 8, “Prisoner’s Dilemma” contains significant spoilers. You can read the recap of the previous episode by clicking these words.

Old enemies always come back to haunt Harvey (Gabriel Macht), and it is usually linked to Mike. And Episode 8 does give Harvey a Mike-related repercussion. Andrew Malik is still looking to land Harvey in prison — he arrests Sean Cahill on the basis that he conspired with Harvey to free Mike from prison. Harvey immediately becomes Sean’s lawyer to help him defend, knowing it will buy time.

“Prisoner’s Dilemma” presents another personal problem for Louis regarding his sister. Esther’s company is about to be part of a merger; however, she wants to prevent that from happening, as the man who sexually assaulted her 15 years prior, Paul, is leading the acquisition. Louis being Louis attempts to prevent this from happening, but angrily makes Paul aware it’s about the alleged sexual assault. Paul accuses Esther of making it up for job security, and Esther believes she can no longer rely on her brother after his outburst.

Harvey’s problems continue to mount in Episode 8. Faye continues to lurk and offers to represent Sean, as she believes Harvey did conspire — Harvey rejects the offer. Harvey meets Charles Fortsman in prison and tries to force him to admit he set all this up. It turns out that William Sutter, the man Harvey helped put in jail, is the info-leak, but he’s dead.

“Prisoner’s Dilemma” then runs along the #MeToo movement theme. Louis insists Esther must come out and tell her story, but Esther asks Louis to leave her alone. Katrina wisely explains to Louis that Esther is feeling powerless due to the statute of limitations passing, and the likelihood of her story having any impact at this stage. Louis asks Samantha for help, who in turn teams up with Samantha. 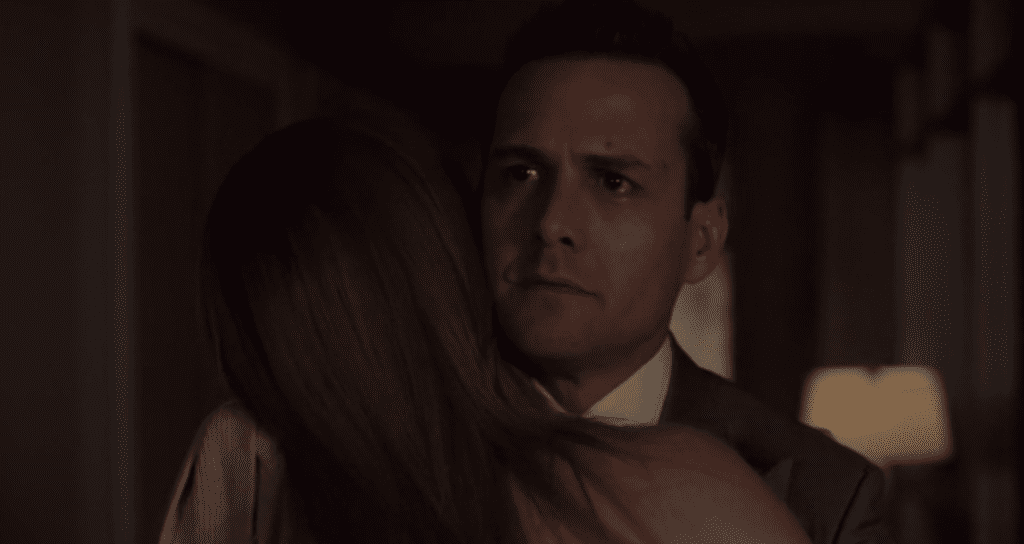 Episode 8 then comes back to Malik’s desperation to finally get a win over Harvey; he orders Harvey to be arrested, and the police officer breaks his phone. Malik is too emotional when dealing with matters involving Harvey as I felt destroying his cellphone was a foolish move. While interrogating Harvey, Malik makes Harvey aware that Faye is now Sean’s lawyer after making a deal — Alex, who has become Harvey’s legal representative, has his work cut out. Harvey could potentially go to prison and lose his license. Harvey punches Sean outside, accusing him of stabbing him in the back.

And Alex does rise to the occasion after finding evidence that Charles Forstman lied and worked with Malik to work on this case. Harvey and Sean order the arrest of Malik. There’s a lot in Episode 8 about Harvey’s social conscience, and he repeatedly states he is happy with his soul and sleeps at night. I do wonder if as an audience, Suits have made us love this character so much, that we agree with his justifications?

As for Esther, Samantha and Katrina form a plan to talk to the company employees about the NDAs signed to force Paul’s hand. The last piece of the puzzle is encouraging Esther to come forward with her story. Katrina persuades her. Louis and Esther to confront Paul and ask him to sign a waiver to prevent the merger of the companies, or the story will come out.

Suits Season 9, Episode 8, “Prisoner’s Dilemma” ends in sad circumstances as Harvey returns home. Donna makes Harvey aware that his mother had a random heart attack and she is dead — you can feel his entire world fall around him. This will surely have repercussions.

You can read the recap of the next episode by clicking these words.