“So Quick Bright Things Come to Confusion” sees things take a turn for the worse, as leads reach dead ends, and suspicions begin to intensify back in India.

“So Quick Bright Things Come to Confusion” sees things take a turn for the worse, as leads reach dead ends, and suspicions begin to intensify back in India.


This recap of Bard of Blood Season 1, Episode 3, “So Quick Bright Things Come to Confusion”, contains spoilers. You can check out our spoiler-free season review by clicking these words and our thoughts on the previous episode by clicking these ones.

In the aftermath of the checkpoint shootout, there is friction among the team in Bard of Blood Episode 3. Isha (Sobhita Dhulipala) is quickly discovering that her desire to be a field agent was perhaps naive, as she struggles mightily to executed a surviving guard. Veer (Viineet Kumar Singh) is furious that Kabir (Emraan Hashmi) brought a woman on-mission, and Kabir is furious that Veer’s intelligence was wrong. They can still get into Quetta undetected, but suspicions are going to be raised, and this might have become a suicide mission.

Aftab (Asheish Nijhawan), too, has to kneel before his father, Mullah Khalid (Danish Husain), and apologize for beheading one of the hostages. He insists that no disrespect aimed his father will be tolerated, be he is visibly uncomfortable about the Supreme Leader’s relationship with young boys — the words of the hostage evidently stung him. Khalid insists that modern Jihad does not have to be waged in blood, but can be won politically, and that Aftab will show the world who the new Supreme Leader will be.

Kabir, Isha, and Veer have a new mission in “So Quick Bright Things Come to Confusion”: To intercept communications from a local hospital. Veer acquires a laptop for this purpose, but also the unwanted attention of the police, who’re looking for him thanks to wanted posters strung up all over the place. In defecting from the Taliban, he has made a target of himself. Meanwhile, Isha and Kabir postulate about the location of the hostages, and on the relationship between the Taliban and the ISA. Once they’re able to find temporary shelter and pick up some communications, something else becomes clear. The Taliban is not restricted to operating in Quetta, as they have been led to believe; they — and the hostages — are likely in Kech, and the ISA has been misreporting their activity in the region. 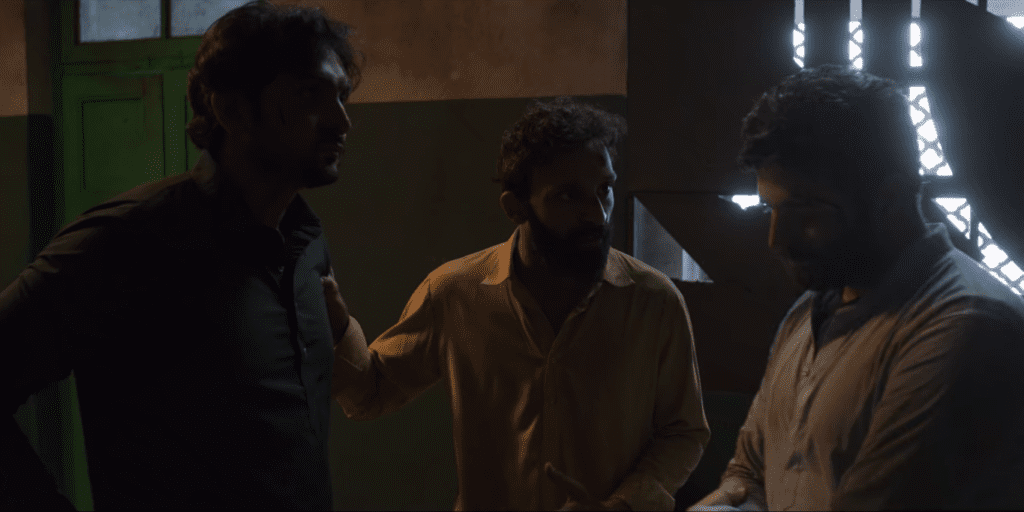 After setting up a temporary base in Kech, Kabir, Veer, and Isha make plans to locate the mullah and the hostages and to escape via boat — that will only be possible, however, if they infiltrate a prostitution racket. Veer visits a brothel in the hope of doing so but is attacked. Kabir’s attempts to tap his old contacts appear, at first anyway, to be similarly fruitless. Bard of Blood Episode 3 introduces us to the Balochistan Azad Forces (BAF) and their teenage leader Nusrat Marri (Abhishekh Khan), but he refuses to help Kabir and sends him on his way. Isha’s surveillance does manage to turn up a lead, though; it reveals a limping figure whom Kabir recognizes, and sets out to confront alone.

Meanwhile in “So Quick Bright Things Come to Confusion”, Nihar (Amit Bimrot) is still investigating Kabir and learns that he is in Balochistan with Isha. He takes this information to Joshi, who clues him in on the case. This leads to complications in Kech, as Veer is quickly contacted by the agency and told his father has Alzheimer’s and he should return home as soon as possible. This is obviously a ruse, which Isha informs him of, but it means she also has to admit that she lied to him about the mission being sanctioned.

To end Bard of Blood Episode 3, Kabir arranges a meeting with the man whom he shot in the leg during his previous mission in Balochistan. He presses him about the Mullah’s location, but it results in a fight. Kabir is able to take out the man’s goons, but he’s shot in the process. Luckily, he’s rescued from his fate by a woman he refers to as Jannat.