This opener suggests the blandest possible reimagining of a classic brand, with a thin layer of try-hard edginess that doesn’t fit the material.

This opener suggests the blandest possible reimagining of a classic brand, with a thin layer of try-hard edginess that doesn’t fit the material.

It’s easy to forget that Nancy Drew, the original teen TV super-sleuth, was one of the big inspirations for shows like Veronica Mars and Riverdale — mostly because the CW’s new reimagining of Nancy Drew feels like a pale imitation of shows like Veronica Mars and Riverdale. That’s the cynically cyclical nature of the entertainment ecosystem, obviously, but it’s still interesting to see it in such a pure form. It’s like those spiders who get pregnant and then immediately eat their mates.

The defining characteristic of this new version is a facile adult edginess that feels too try-hard to be taken seriously but at the same time too opposed to Nancy Drew to feel right in… you know, Nancy Drew. It doesn’t manifest in particularly clever ways, either; one of the first things we see Nancy (Kennedy McMann in this version) do is straddle Ned Nickerson (Tunji Kasim), her once nice-guy boyfriend who’s now kind of a booty call — with a dark, secretive past, obviously. 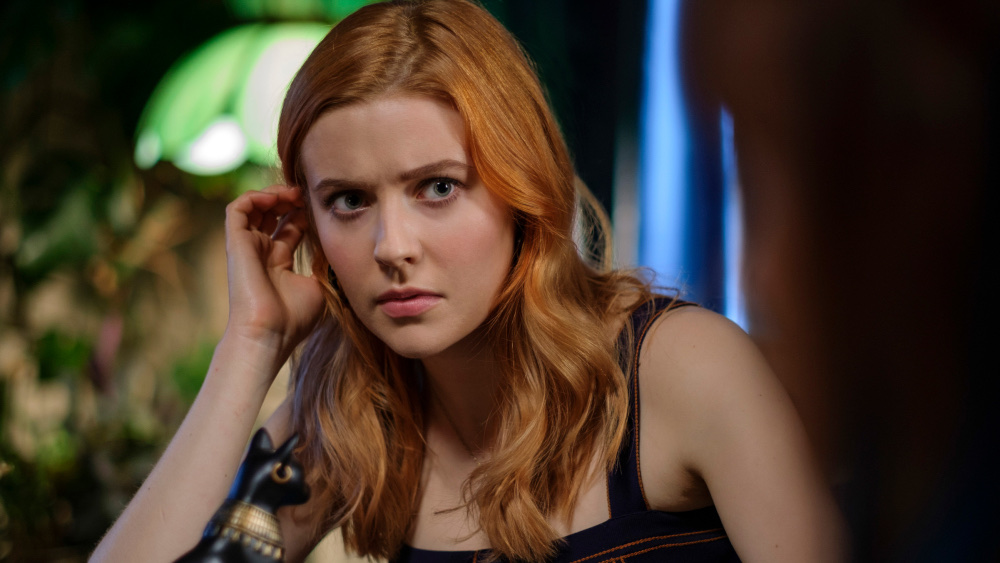 Grown-up Nancy flunked out of school after the death of her mother from pancreatic cancer, which we learn in a narrated opening with a tone as flat and passionless as the rest of the show. With her popularity and passion having dwindled she’s now a waitress in the Bayside Claw, along with various familiar names — Bess (Maddison Jaizani), Ace (Alex Saxon), George (Leah Lewis) — who make for a bland supporting cast. The mystery, which fails to be interesting in the Nancy Drew pilot, is kick-started by the murder of a prominent socialite (Sinead Curry) who is offed in such a way that Nancy and all of her friends become suspects. But there’s a vague Lynchian air of small-town supernaturalism bound up Horseshoe Bay’s history that feels a bit reaching as well.

Room — and potential — for improvement? Sure. Much likelihood of it? Not really. Nancy Drew is your quintessential CW show, from its pretty casting to its cookie-cutter writing to its superficial look-at-me edginess. Not a disaster, certainly, but a nonentity, less interesting even than the shows its legacy inspired.

1 thought on “Nancy Drew Recap: A Bland, Try-Hard Reimagining Of A Classic Brand”