Home » TV » Godfather of Harlem Recap: Float Like A Butterfly

“I Am the Greatest” blends real-life history with mob theatrics more obviously than usual, as the players in Harlem all develop a vested interest in the outcome of a match between local boxing hero Doug Jones and Cassius Clay.

“I Am the Greatest” blends real-life history with mob theatrics more obviously than usual, as the players in Harlem all develop a vested interest in the outcome of a match between local boxing hero Doug Jones and Cassius Clay.


This recap of Godfather of Harlem Season 1, Episode 4, “I Am The Greatest”, contains spoilers. You can check out our thoughts on the previous episode by clicking these words.

The fight for Harlem is made more literal than ever in Godfather of Harlem Episode 4, as the looming match between hometown hero Doug Jones (Haaron Hines) and flamboyant up-and-comer Cassius Clay (Deric Augustine) becomes the business of almost everyone. Mayme Johnson (Ilfenesh Hadera) and Adam Clayton Powell Jr. (Giancarlo Esposito) have their Harlem Youth community initiative tied up in Jones; Malcolm X (Nigel Thatch) has a potentially powerful recruitment tool in the Muslim Clay; and Chin (Vincent D’Onofrio) can use the match as leverage in a turf dispute with Joe Bonanno (Chazz Palminteri).

Naturally, nothing about “I Am the Greatest” is quite this simple. Bumpy (Forest Whitaker) has a relationship with Clay’s financial backers, which include prominent socialite Amy Vanderbilt (Joanne Kelly), and Chin is still reeling from what he presumes was the murder of his daughter’s boyfriend, Teddy (Kelvin Harrison Jr.), among others. Godfather of Harlem Episode 4 ends up with him digging up the grave beneath Fidler’s, suggesting that there are going to be ghosts emerging.

As with all the previous episodes of this show, “I Am the Greatest” is at its best in conversation. Malcolm X has some good exchanges with Cassius Clay about why he can’t reveal himself as a Muslim until he becomes the heavyweight champion. Bumpy has one with Clayton Powell that digs pretty deep into the kind of grassroots change that the show is about: “Anyone can use gargantuan idioms to fabricate intelligence,” he says to Powell, “but the problem with big words is that they mean so little.” What he’s saying is that it’s the straight talkers like he and Malcolm X — though the latter is prone to bouts of incendiary hyperbole, which the former calls him out on in Godfather of Harlem Episode 4 — that actually speak to the people that Powell only claims to speak for. 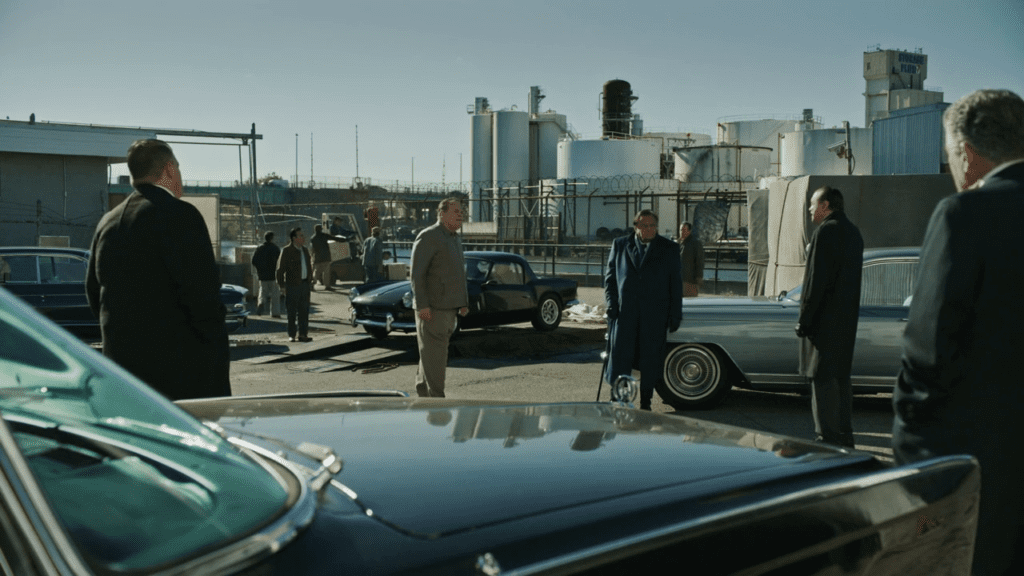 Unfortunately, when someone speaks, someone else is listening. The FBI has Malcolm X bugged, and a recording of Cassius Clay admitting his faith finds its way into the hands of Chin, who tries to use it to blackmail him into throwing the fight. The reward will be a fight with Sonny Liston. If he refuses, the world will learn of his devotion to Islam, and his career will be ruined. Some of the talk about Clay feels too informed by our knowledge of who he will eventually become, which is most obvious in a scene between Malcolm X and Bumpy. Lines like, “His name is Clay, he can be molded,” feel right, as though someone is being manipulated for a purpose, but all the insistence about how important he will become is delivered with too much surety. It comes off less like belief in the cause and more like, you know, the show having been written in a world where Muhammad Ali was one of the most famous and influential men who ever lived.

No matter. Both Chin and Clay’s backers are keen on the idea of Clay throwing the fight to secure a more lucrative match with Liston — the only person who isn’t is Cassius Clay himself, who tells Bumpy, “I am the equal of any white man. I am great, Mr. Johnson, and so are you. Why do we have to hide it?” It’s a nice scene that offers a glimmer of the staunch beliefs that defined Muhammad Ali throughout his life. Clay vs. Jones mixes real-life archival footage — the real Clay doesn’t look much like Deric Augustine, but whatever — with black-and-white shots of virtually every key character present at the fight. We don’t see much boxing, but we do see Bumpy’s men take out Chin’s, burning the recording of Clay’s conversation with Malcolm X. Clay wins the fight by unanimous decision, much to the enjoyment of young Margaret (Demi Singleton), who had taken a shine to him.

Just before Chin starts to hammer the ground beneath Fidler’s, Godfather of Harlem Season 1, Episode 4 makes us privy to a phone call between Mayme and Doug, implying that perhaps Bumpy isn’t the only one in that relationship with “secret admirers” who make calls to the house.