“It’s All in the Game” sees the drug war in Harlem seep into politics, as Bumpy starts to lose control.

“It’s All in the Game” sees the drug war in Harlem seep into politics, as Bumpy starts to lose control.

This recap of Godfather of Harlem Season 1, Episode 5, “It’s All in the Game”, contains spoilers. You can check out our thoughts on the previous episode by clicking these words.

An eye for an eye makes the whole world blind, as Bumpy (Forest Whitaker) is harshly reminded in the opening of Godfather of Harlem Episode 5. Ernie (Rafi Gavron) and several others arrive at one of Bumpy’s businesses and gun down several of his men. His antagonizing of the Italians has consequences, and the news of those consequences has to be delivered to weeping wives and children in person.

All good crime stories are about consequences; about men — usually men, anyway — who believe themselves to be untouchable until they are, eventually and inevitably, touched. Elise (Antoinette Crowe-Legacy) even says as much to Malcolm X (Nigel Thatch) when she returns to the Nation of Islam to learn how to be a Muslim. She blames her father for her addiction and blames her father’s failings on the fact that, while he’s the man in Harlem, he’s still just a black man everywhere else — and there’s a big difference between the two. 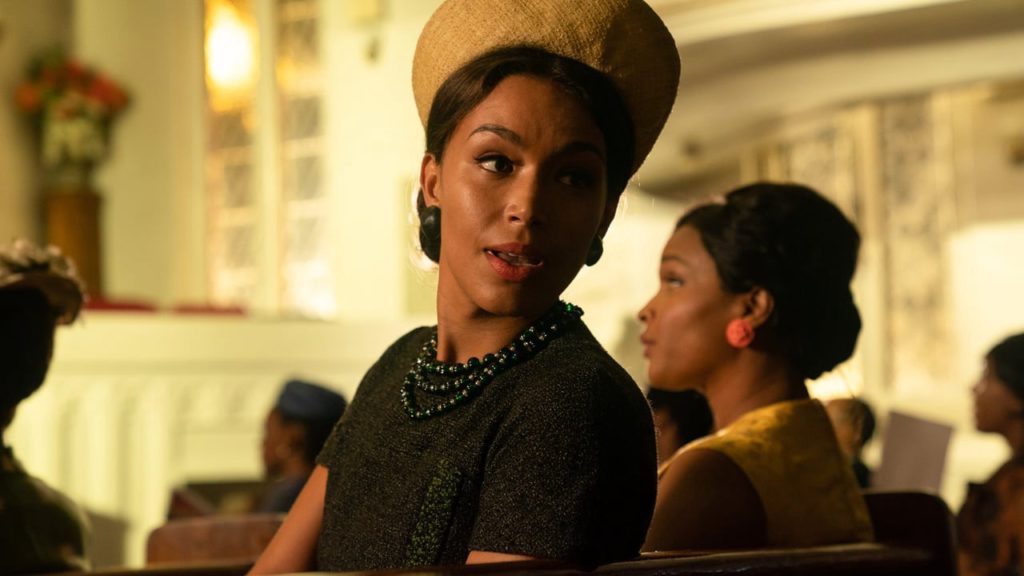 Bumpy’s problem in “It’s All in the Game” is that he might not even be the man in Harlem anymore. Chin (Vincent D’Onofrio) smugly antagonizes him by cashing in a winning ticket in a rigged numbers racket that virtually bankrupted his whole outfit, leaving Bumpy with a debt so large he had to grovel to both Amy (Joanne Kelly) and Frank Costello (Paul Sorvino) for a loan. Chin fixed the game, and despite Adam Clayton Powell’s (Giancarlo Esposito) outlandish claims that he would publicly out Italian mobsters for doing so, the only person he fingered was an old black woman.

Bumpy could have snitched to Powell, given him Chin’s name and those of other Italian rivals, but he didn’t. On the back foot, he has no choice but to propose a new deal with Frank that might force Chin into starting a war — a war that, he hopes, the Families will side with Frank over. Chin was just a driver, after all. That’s probably why Bumpy loses it at the end of Godfather of Harlem Episode 5. The driver keeps outsmarting him at his own game.

If anyone’s going to be Chin’s undoing, it’s going to be his daughter, Stella (Lucy Fry), who is still conducting her forbidden relationship with Teddy (Kelvin Harrison Jr.) and has already proved she’s willing to get innocent people killed to stay with him. When she negotiates with his label for him to retain the rights to his masters, the assumption is that she’s trying to profit from him, but when she calls his mother to bail him out of jail when they’re both arrested for no reason at all, it’s obvious that it’s because she loves him. And that love gives her a lot of confidence. When Ernie meets her outside the precinct and tells her that he won’t tell her father that she was arrested with Teddy, she says she knows he won’t, because he’s too scared to admit that he killed the wrong guy. When he kisses her, she slaps him. Confidence. But that will come with consequences of its own.