Home » TV » Treadstone Recap: Who Do You Think You Are?

Treadstone Recap: Who Do You Think You Are?

“The Cicada Protocol” was an action-packed opener that presented far more questions than it answered, but its expansive cinematic approach was welcome.

“The Cicada Protocol” was an action-packed opener that presented far more questions than it answered, but its expansive cinematic approach was welcome.

USA’s Treadstone is a strange show. It is, as we’re told, based on the organization from Robert Ludlum’s Bourne novels, which of course inspired Paul Greengrass’s Matt Damon-helmed trilogy, a Jeremy Renner spin-off in the same universe, and a 2016 comeback film for Damon and Greengrass both. But in the premiere of the show, “The Cicada Protocol”, the enigmatic Treadstone program is so nebulous and vague that it feels like background justification for a series of fun, crunchy, ridiculous action sequences with only a vague relationship to each other and any kind of broader plot. Treadstone Episode 1 leaps from the East Berlin of the 1970s to the present day and back again, introducing various international assassins activated in seemingly random circumstances, all somehow linked to an ancient Soviet missile.

I think, anyway. At this point, it’s difficult to tell, which I suppose is expected for a premiere, especially one about a mysterious secret supersoldier program. Anyway, “The Cicada Protocol” begins with Jeremy Irvine’s J. Randolph Bentley being held prisoner in an East Berlin brainwashing facility and gradually conditioned into servitude by various doctors and Petra (Emilia Schüle), a patriotic hottie agent who we meet again later in the episode as the elderly wife (now played by Gabrielle Scharnitzky) of an ill-fated husband whose hearing aid leads him directly to a hidden missile. She kills him with a sickle, fittingly, and her younger self gives Randolph a good scrap before he’s eventually able to escape and do a runner. 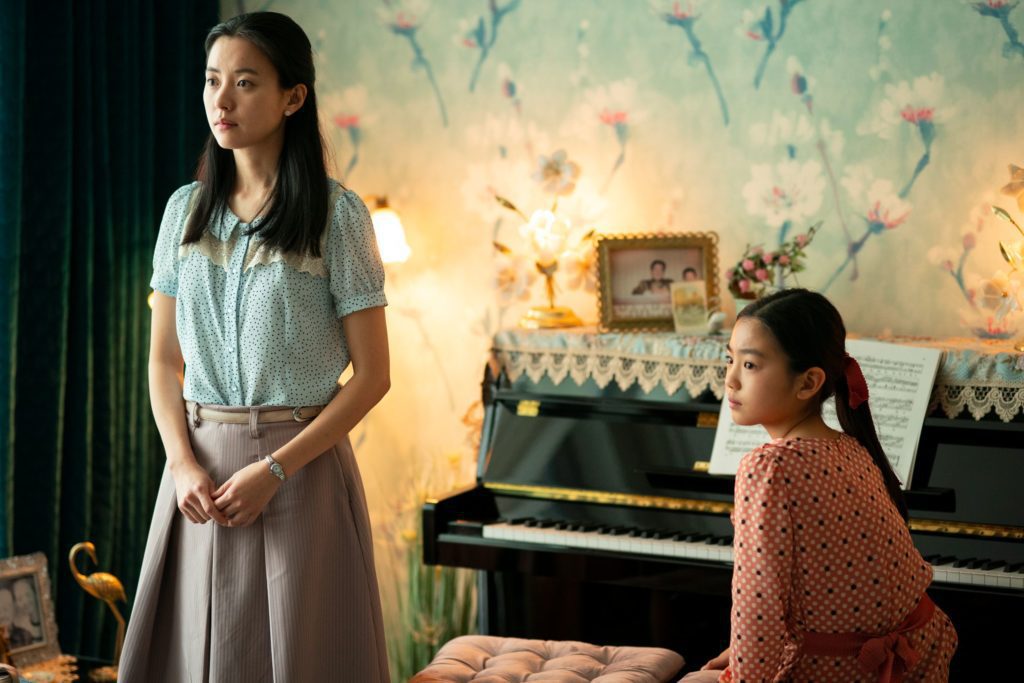 These 70s-set scenes bookend Treadstone Episode 1, while the middle is spent introducing various “cicadas” who’re all woken up at more or less the same time for currently unknown purposes. SoYun (Hyo-Joo Han), a North Korean agent, is a clear standout, brought to life by a Game Boy and quickly finding herself strangling a high-ranking defector whom we met earlier in the episode liaising with Tara (Tracy Ifeachor), a journalist-turned-cabbie. Doug (Brian J. Smith) spends the episode being laid off from his job on an oil rig by a Russian workforce, striking up an unlikely connection with Carol (Kerry Godliman) and her not entirely convincing American accent, and laying the smackdown on those Russkie job-stealers.

I have no idea how any of this fits together. But Treadstone Season 1, Episode 1 has a pacey globe-hopping sensibility that I rather enjoyed and a workmanlike direction that gets the job done even if it doesn’t exactly elevate the material. The action sequences are frequent and not at all bad. There is ample intrigue and enough energy to keep audiences engaged. As an opener, “The Cicada Protocol” does the job just fine. One can only hope that the rest of Treadstone capitalizes on its enthusiasm.