Home » Film » The Man Without Gravity Review: Walking in the Air

The Man Without Gravity Review: Walking in the Air

A charming, touching film with a premise that’d seem entirely original if not for Stephen King’s 2018 novella.

A charming, touching film with a premise that’d seem entirely original if not for Stephen King’s 2018 novella.

If there were awards for literal titles, Marco Bonfanti’s The Man Without Gravity, new on Netflix today, would certainly win one. The Italian film boasts a premise that seems original if you haven’t read Stephen King’s 2018 novella Elevation, about a man becoming so light that he eventually floats away. The Man Without Gravity uses the idea differently — its protagonist, Oscar (Elio Germano), is born with his weightlessness, rather than developing it later in life — but hits some of the same notes of human connection, otherness, and being bound (or not) by normality. It’s a charming and touching film that would have played better had I not spent my time with it thinking about King’s uncharacteristically neat and tidy allegory for loving all kinds. The novelty of the premise carries a lot of this story.

Luckily it doesn’t carry everything, and The Man Without Gravity thankfully has fewer lashings of sentimentality and isn’t populated by paper-thin archetypes. As a youngster (Pietro Pescara), Oscar is hidden by an overprotective family — mother Natalia (Michela Cescon) and grandmother Alina (Elena Cotta) — before growing into his otherworldly talent, finding attention through his manager David (Vincent Scarito) and connection in his confidante Agata (Jennifer Brokshi as a youngster; Silvia D’Amico as an adult). He’s paraded around like a sideshow freak and discovers that public life is ironically isolating, which is not a new idea but is handled sensitively enough here to be a compelling arc. 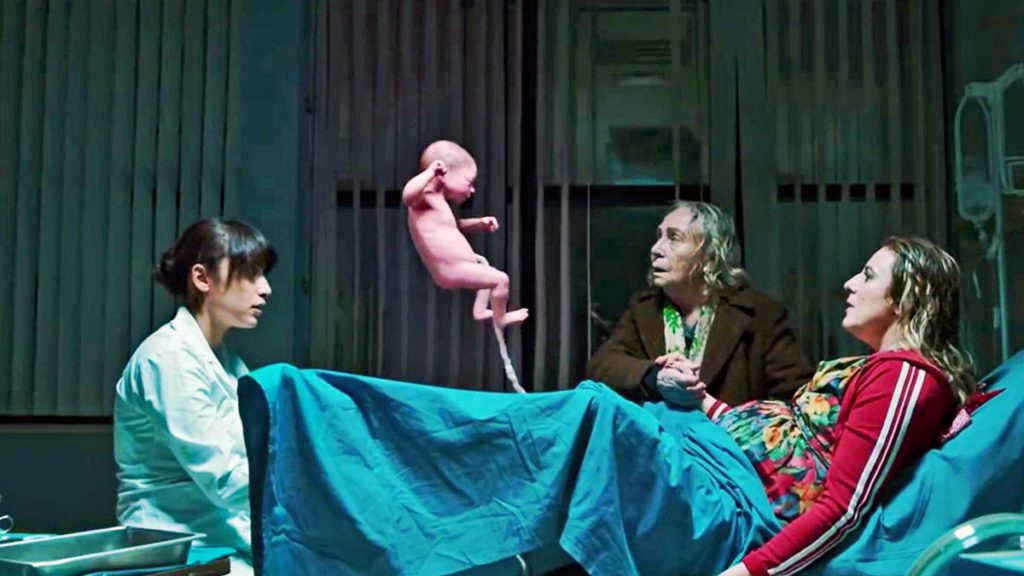 It won’t set the world alight, but Bonfanti’s film is pleasant enough. Oscar flies convincingly, thanks to borrowed technology and a financial leg-up from Netflix, and a strong leading performance from Germano. Without Elevation‘s surface-level politics, The Man Without Gravity makes for a less divisive, more authentically heart-warming story of lightness, and it’s a nice counterpoint to the streaming platform’s overwhelmingly genre-driven output. This film’s relationship to storytelling conventions is like Oscar’s to the Earth — if it squints, it can just about make something out from the air.