Queen & Slim‘s ride or die mantra builds and when it reaches its destination, it establishes itself as the most significant road trip film of the Woke decade. Dense, witty, and absolutely devastating.

Queen & Slim‘s ride or die mantra builds and when it reaches its destination, it establishes itself as the most significant road trip film of the Woke decade. Dense, witty, and absolutely devastating.

There have been some rumblings of what some are calling sensationalized scenes, even gratuitous, used in Melina Matsoukas’s new film. Working from a script from Lena Waithe, I struggle to come to that conclusion. Are two, possibly three of them that are used in the film shocking? Of course, and I would even call them disturbing. Why though, considering everything we have seen in this “woke” decade, would you ever consider most of it inaccurate? Queen & Slim is a film that doesn’t justify actions as it recognizes the flaws in training, the attitudes involved, and acknowledges that innocents on both sides of the argument will get caught in the crossfire.

The film starts with a simple date where Slim (Get Out‘s Daniel Kayuula) and Queen (newcomer Jodie Turner-Smith) meet in a modest diner because she swiped right. She is a lawyer, headstrong, but desolate, and driven by her past. He’s a man of faith, polite, quiet understanding, and has no qualms of masking himself into something he’s not. Whether they realize it, they complement each other perfectly. Unfortunately, when driving her home and throwing a tiny, quiet hissy fit about getting the red light on any extracurricular activities, he’s pulled over by a police officer (The Dead Don’t Die‘s Sturgill Simpson). Officer Reed has control issues, a bad attitude, and overreacts to every comment made, no matter how benign. Eventually, things go wrong — very wrong; he pulls out his gun with no signs of any threat against him. Queen is shot in the leg for trying to reach into her pocket for her cell phone and Slim knocks Reed to the ground. A struggle ensues, with the officer shot to death, and they go on the run thinking they wouldn’t get a fair trial. 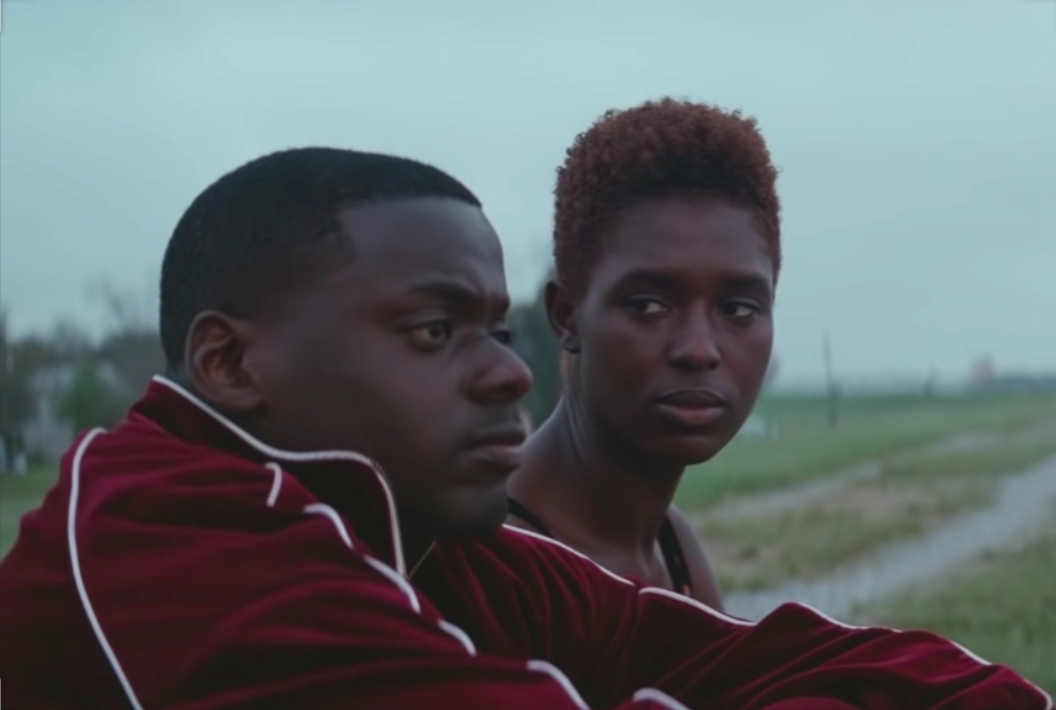 Matsoukas’s film is undeniably heavy and has immense despair with spots of surprising levity. The script from Waithe has quick-witted banter, and even hope between the two leads that are suddenly put out with a shocking moment of violence. The performances are in fine form here, Kayuula in particular, who continues to string along quite the filmography. Along with Turn-Smith, they are the film’s moral center and drive its narrative forward as they race to the south to their freedom. The surprise though is the highly effective and entertaining turn of Bokeen Woodbine as Queen’s Uncle Earl; he balances an unusual combination of empathy, sorrow, disgusting ugliness, and comic relief. It’s a small supporting turn that could have used more time to explore because of its fascinating backstory but leaves the audience wanting more.

The end result of Queen & Slim‘s final frames is emotionally wrecking, so let’s not quibble over common sense, unmistakable luck, red herrings, or the fact I never saw them use the bathroom once during their six-day trek. It may go on too long and could have benefited from some tighter editing, but what wasn’t lost in translation is that this a love story built at a time of great social upheaval. Queen and Slim’s ride or die mantra builds and when it reaches its destination, it establishes itself as the most significant road-trip film of the decade. Matsoukas’s eye finds the joyousness in its smallest moments, and what’s absolutely devastating in the wide-eyed ones.