Home » Streaming Service » Netflix » Mythomaniac Review: Fake It Until You Make It

Mythomaniac Review: Fake It Until You Make It

A provocative premise about a woman who fakes a cancer diagnosis buoys this family-focused French limited series.

A provocative premise about a woman who fakes a cancer diagnosis buoys this family-focused French limited series.


This review of Mythomaniac (Netflix) is spoiler-free. The French limited series debuted on November 28, 2019.

A mythomaniac is someone with an abnormal or pathological tendency to tell lies, so it makes a fitting title for Netflix’s new six-episode French limited series, which debuted on the platform today. The family-focused drama fuses darkly comedic elements with a provocative premise to mixed but mostly decent effect.

Elvira Lambert (Marina Hands) is a burned-out suburban mother and wife who feels increasingly unnoticed and unappreciated by her husband (Mathieu Demy) and children, so an appointment at the radiologist for a mammogram proves to be an opportunity to seize some needed attention. The suburban setting feels pinched from pop American fiction, the first of many slight contradictions and idiosyncrasies that give Mythomaniac Season 1 a slightly off-kilter vibe. 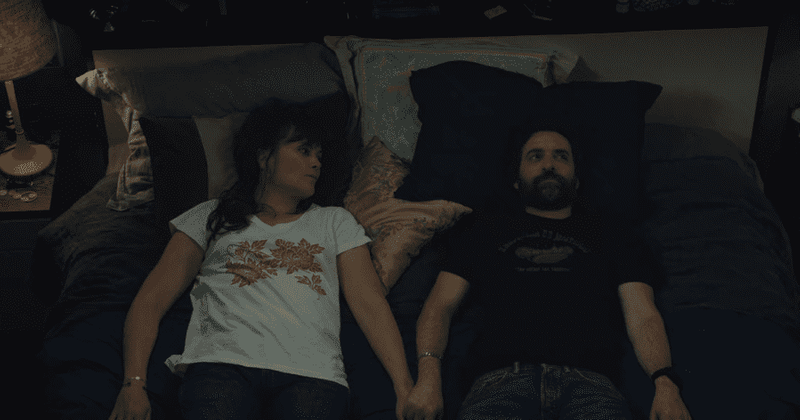 The themes of little white lies gradually escalating into unstoppable snowballs is a familiar one, as are those of strained marriages and fickle domesticity. But the idea of fabricating a terrible illness is a burgeoning trend in contemporary media, though it’s usually inflicted on one character by another, excused as Munchausen syndrome by proxy or similar, as in The Act on Hulu. Elvira being the architect of the deception gives Mythomaniac a slightly different vibe. We know Netflix likes this kind of thing, since its original docuseries Afflicted was, by all accounts, intentionally edited to foster doubt around the chronic illnesses its subjects claimed to suffer from.

How well Netflix’s subscriber base likes this kind of thing — in dramatic form, anyway — remains to be seen, but Mythomaniac should prove a decent barometer for their interest.