Soundtrack Recap: Every Song Is A Love Song


This recap of Netflix series Soundtrack Season 1, Episode 1, “Track 1: Nellie and Sam” contains spoilers. You can read the season 1 review by clicking these words.

Soundtrack Episode 1, “Track 1: Nellie and Sam”, first introduces us to Nellie, who seems to take care of her father by making sure he wakes up by ringing him. Nellie also wakes up her boyfriend Levi with some good news; his band is playing on the radio. Nellie is a talented artist and works for a school and is determined to inspire children. Her friends believe that her boyfriend Levi is about to propose in their 4-year anniversary meal.

But it’s a disaster, to say the least; Nellie joins Levi for the meal and she’s understandably excited and nervous. Her life turns upside down as Levi explains with the band growing, it is best to go separate ways. She’s devastated, and it breaks into a musical with Elastic Heart by Sia.

Episode 1 then introduces us to Sam, who is packing up and moving out of his house with his son Barry. Sam is widowed, and he is temporarily moving into a small apartment near his family to help save money. Sam introduces his son to cousin Dante who has just left prison.

Sam tries to talk to his son about the death of his mother, but Barry is not ready. At night, there is a street party, and Sam’s Auntie mocks him for his celibacy. Sam declares that he wants to focus on his son, working multiple jobs — one includes being a Lyft driver. The scene then breaks into Between Me And You by Brandon Flowers. In this scene, Sam reimagines his wedding with his wife and looks longingly at his guitar. It also shows him taking repetitive Lyft shifts. In a fleeting moment, one of the customers, a woman, seems to be taken back by him — she’s attracted to Sam, but he doesn’t take notice. She accidentally gives him a 1-star review.

Soundtrack Season 1, Episode 1, “Track 1: Nellie and Sam” then takes us back to Nellie who is singing “Love Is a Losing Game” by Amy Winehouse. Nellie is still heartbroken, and the many dates are not filling a void. On one of her disastrous dates, she ends up in the bathroom and a woman asks why she is always irked by men — “Whatever happened to passing someone in the street and feeling that thing, hairs in the back of your neck, instant connection?”.

On the way home, Nellie unbuckles her car tire and her father comes to rescue. Nellie admits to her father that she’s still heartbroken and depressed. The father refuses to let Nellie blame herself. At that moment, Nellie finds out that her ex is already engaged — she wants revenge. 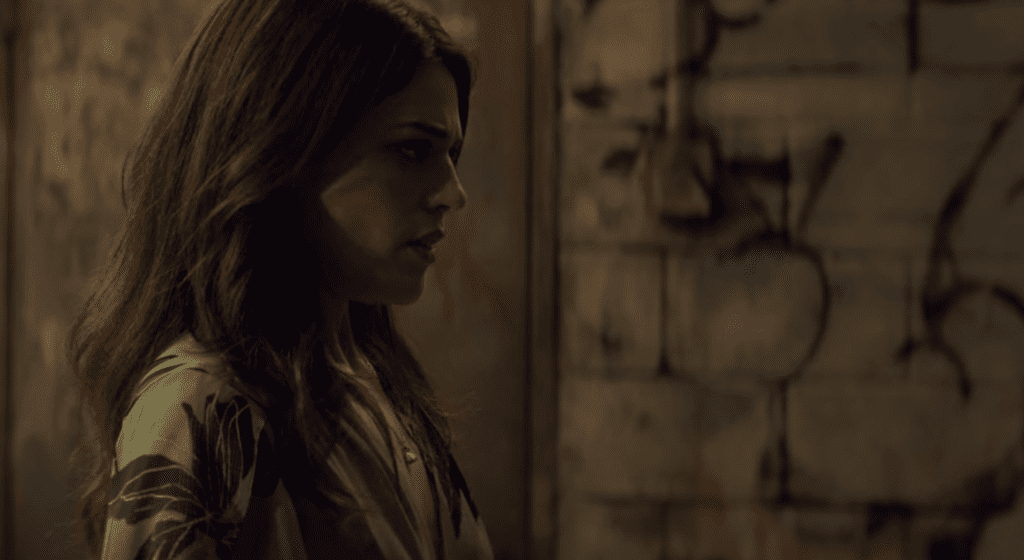 Back to Sam, and Barry’s grandma visits. She wants to rent Sam and Barry a place so Sam can focus on his music, plus she wants a better, safer neighborhood for them both with less crime — “you lost your wife, you don’t want to lose your dreams too”. Sam declines the offer.

In Sam’s other job, he is under pressure to do a server test — he’s desperate for a promotion. He gets a call and learns that his son Barry has not been picked up by Dante. The woman who was in his Lyft car earlier offers to help him find his son. Dante shows up to school but he is clearly high and Sam is fuming. Eventually, Sam finds Barry walking on his own. When Sam returns to work, his boss gives him a dressing down and as he is about to fire him, Sam breaks in to “Smile” by Nat King Cole and imagines to trashing his office.

Next is the Mash-Up, which I presume is a feature in the Netflix series Soundtrack. Sam wants to confront Dante, but Dee, his girlfriend, claims he has changed. Nellie insists that she must tell him the truth about her affair. Meanwhile, Nellie wants to plan to do something to Levi.

Dante talks about how his car broke again, but Sam wants to know why he is chilling with his old crew. Sam gets a worrying call during his conversation with Dante — Child Social Services have called the school about Barry. Meanwhile, it’s now or never for Nellie — she’s drunk and confronts Levi at his gig and breaks into “Sorry Not Sorry by Demi Lovato, while Sam confronts Dante and sings “Believer” by Imagine Dragons. Both versions are mashed up.

Nellie runs out of the gig feeling amazing for confronting Levi, while Sam is at home stressed out. In a heartwarming moment, Barry tells Sam that he’s put his mother’s painting up. Sam breaks into tears.

Nellie’s father asks her to put her life in order and wonders why she won’t speak to her mother. Nellie realizes she left her card at the club and shoots off. Meanwhile, Sam shows his son where he bumped into his deceased mother — it was outside a club, and it was Nellie. A twist I should have seen coming considering Barry’s mother could draw. The chemistry between them was instant.

Soundtrack Season 1, Episode 1, “Track 1: Nellie and Sam” closes with Nellie excited at the prospect of seeing Sam again after giving him her number. In the present day, Barry’s caseworker comes for a visit and Sam is not irked by it as he states, “My luck is about to change” and starts writing a love song. The caseworker is the woman who was instantly attracted to him in the Lyft car at the start of the episode. Sam’s hairs raise at the back of his neck as soon as he sees her.

You can read the recap of the second episode by clicking these words.