Spinning Out Season 1, Episode 5, “Two for $40” reveals the demons surfacing for each character as everything seems to be out of control.

Spinning Out Season 1, Episode 5, “Two for $40” reveals the demons surfacing for each character as everything seems to be out of control.

The more this series progresses, it becomes less about skating and more about the spiraling drama between the characters.

Spinning Out Season 1, Episode 5 opens up with a flashback of a young girl jumping on a trampoline — it’s Serena (Willow Shields). In the present day, she is training with Mitch while ignoring her mother. Carl and Mitch continue to flirt.

Meanwhile in Episode 5, “Two for $40”, Justin and Kat are trying on outfits for their skating with James and Mandy. Carol catches Kat in the story as Mandy has her arm around Kat looking at the outfit in the mirror and then storms off looking upset. Kat tells Mandy she wants to pay half for everything. Mandy accepts her thought process and tells Kat she owes her $700. I bet she wishes she never asked.

We are introduced to a new character in Episode 5, “Two for $40”; Marcus helps out a struggling Alana with a stand. Alana says she almost broke her neck when she saw a black man on the ski team.

When Kat goes to the restaurant, Marcus is being moody with her. Marcus explains that he saw Justin and her skating despite saying she was with her sister. Kat manages to convince Marcus that it is not what it seems and she needed a little more practice; she arranges another date with him.

Justin finds out Mandy is pregnant from his brothers and looks a little shocked. Meanwhile, Kat tries to make a deposit so she can arrange her finances. The bank tell her she has no money in her account and the co-account owner withdrew it all — her mother, Carol. Carol is using all the money, currently paying for clothes for Serena. After trying a dress on, Serena tells her mother to stop seeing Mitch. Kat confronts Carol angrily and tells her to stay out of her life. Serena makes a sly dig to her mother about her bipolar condition while Mitch was behind her.

At the midway point of Episode 5, “Two for $40”, Justin tells his father that he knows he is having a baby with Mandy. Justin is angry because there’s no consideration for his mother.

Marcus is nearly in a spot of bother in Episode 5, “Two for $40”. A woman accuses Marcus of giving her the wrong change from a hundred dollar bill. Alana comes up as the manager and says she will call the police and look at the cameras to prove she is right. The woman retracts quickly and Alana kicks her out. Alana invites Marcus out with her friends to get away from “these folks”.

A stressed-out Kat with no money is now making her own skin suit. Jenn tells her not to stoop so low but Kat tells Jenn about her mother stealing the money. Kat states she is drowning. Jenn helps Kat out by giving her a little money to help out. 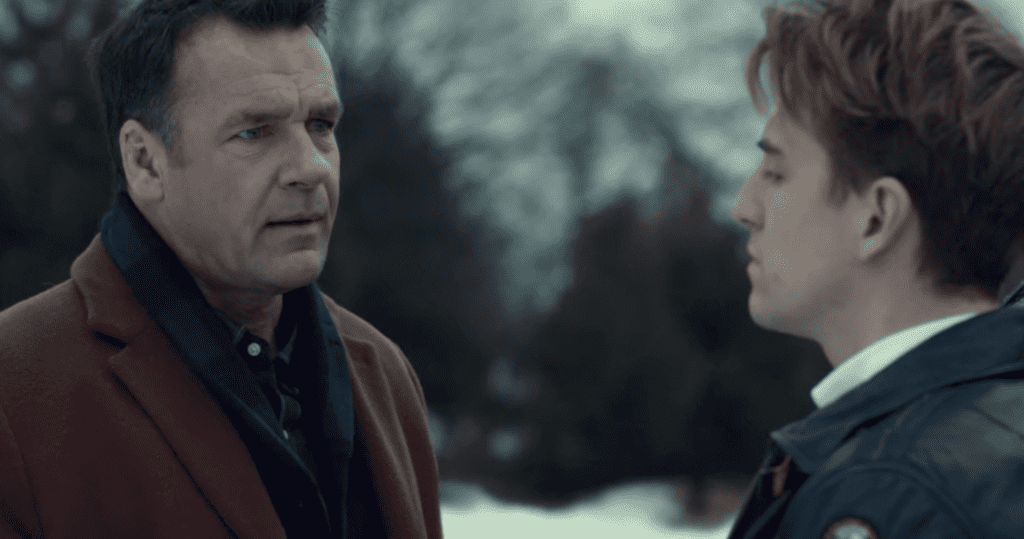 We then experience another flashback of Serena; she is hugging her father. In the present day, Carol tells Serena to get out of the car. Serena rings Kat and asks for help. Kat is worried about being late for Marcus and the problems mount even more — her car engine blows on the way. Reid offers Serena a lift while Kat rings a car rescue company. As Kat tries to ring Marcus, her phone goes dead. Alana checks up on Marcus who looks stood up — Alana makes the scenario into a “white girl” thing, claiming Marcus has not had enough experience with black women. Marcus decides to join Alana on her night out.

Justin joins Gabe and Jenn at the party. Kat heads to the restaurant but sees that Marcus is not there. Kat’s mother Carol heckles Kat who is drinking a thousand-dollar bottle of champagne with the money she stole. Kat is upset and walks off but Carol screams after her making a scene in front of the function set up for Mandy. Carol starts ripping up leaflets of Mandy’s estate company. Kat tries to calm her down as Carol is clearly having an episode. Carol tells Kat she will never be a champion.

As Kat walks off, Mandy grabs Carol and threatens her over Kat — “You do not want to f–k with me”. I like this moment as it shows how much Mandy does really care. At the party, Jenn kisses Justin and as they are about to have sex in the car, Jenn sees Kat entering the club.

Kat asks Jenn for help; she explains how her car has broken down and she is in less money again. Kat spends the night selling drugs with Jenn.

Mitch checks up on Carol who is still in the manic phase. Carol is trying to clean the floor with a toothbrush — “Mandy’s a better mom than me”. Mitch offers to help her clean and Carol admits she is bipolar. She says her daughters hate her. Mitch tells her to go to bed and offers to wait up for Serena.

From one breakdown to another; Justin wakes up with the car on his father’s golf course. His father is mad that he got drunk behind the wheel of a car. Justin says he is sorry and James returns the apology stating he should have told Justin sooner about the baby. He expresses that he still misses Justin’s mother but also gives him a final warning.

Serena finally returns home; a flashback shows Carol kicking out Serena’s father. Serena looks at Mitch and asks when he is leaving. Mitch shows Serena the dress she wanted (he bought it) and she breaks down in tears; Mitch comforts her. Meanwhile, Carol rings her doctor to check herself in.

Spinning Out Season 1, Episode 5, “Two for $40” closes with Kat joining Mandy, James, and Justin for dinner. Kat gives Mandy the $700 and James whispers in Mandy’s ear “that dress cost five grand”. Kat apologizes to Marcus but he brushes her off. Both Justin and Kat sit on the table reflecting on a heavy night.