Locke & Key Season 1, Episode 4, “The Keepers of the Keys” is a rather lacklustre chapter with a non-ending that was designed to surprise audiences.

Locke & Key Season 1, Episode 4, “The Keepers of the Keys” is a rather lacklustre chapter with a non-ending that was designed to surprise audiences.

For all its efforts, Episode 4 feels like a deflated balloon after a few promising opening episodes. It is too heavy on the teen drama, instilling the generic formula rather than boldening the story at hand. “The Keepers of the Keys” opens up with Kinsey giving herself a new hairstyle and makeover — she feels great. She tells her mother Nina that she can’t do her art application because she is not great at being organized and her father Rendell was better at tasks like that. Tyler is astounded by Kinsey’s honesty, questioning her aggressiveness towards her mother. Kinsey reveals she got rid of her fear by using the Head Key.

And it has worked — Kinsey heads into school and apologizes to Scot for not going on the date and arranges to hang out with him at her house. Imagine if getting rid of fears and anxieties was this easy.

Nina has more to worry about than her straight-up daughter. She wants to get in touch with Rendell’s old friends and asks Ellie for help. Ellie reveals that one of them is in a psychiatric ward (and does not speak) and the other one died in a house fire. Ellie is the only remaining friend left before revealing a secret ping pong room in the house.

What annoyed me most about this scene is that I am sure we’ve going over this old ground that all of Rendell’s friends have gone. It was rehashing the story for no good reason.

Anyway, The Well Lady, who is now going by the name of Chastity (formerly known as Echo) visits Miss Erin (the woman Ellie mentioned who is in a psychiatric ward). Chastity tells Miss Erin that her old boyfriend Rendell is dead and taunts how her friends have gone one by one. 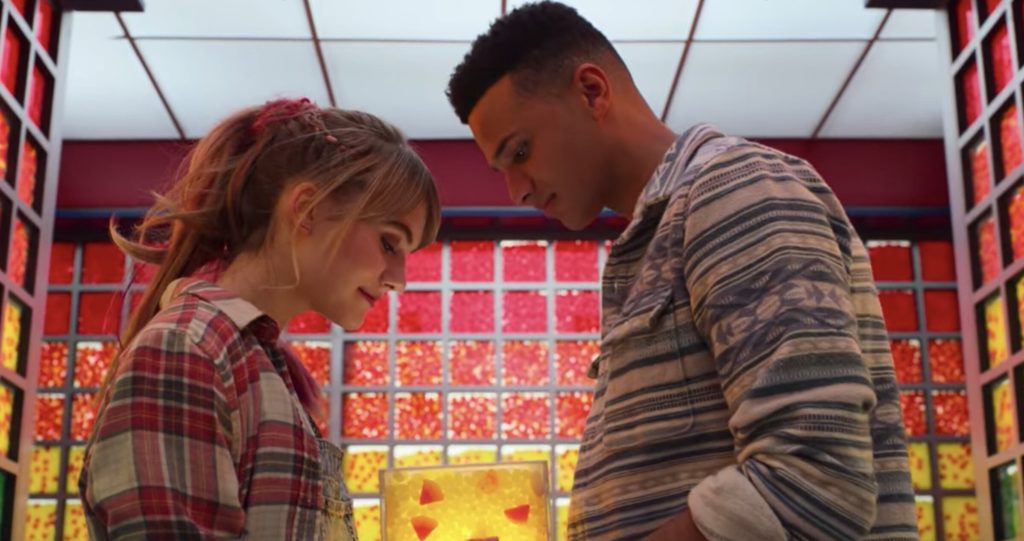 Tyler has a grand idea in Locke & Key Episode 4, “The Keepers of the Keys”. He wants to put knowledge in his head and asks Bode for help. He uses the Head Key and throws the Matheson history book in his head so he knows everything. It works. He uses his newfound knowledge to impress Jackie and she discusses an unfinished Jane Austen novel. He vows to try it out.

What I liked about this moment is that it is realistic — teenagers would definitely use keys for the purpose of impressing people.

Scot heads to Kinsey’s house and when he tours the place he becomes very nervous to be around Kinsey. She takes him to her room and decides to show him the Head Key. He freaks out as Kinsey asks him to follow her into her head. He is blown away by the discovery, refusing to believe it. Kinsey shares a memory of her father taking her to an aquarium. The memory sharing brings Scot and Kinsey closer together and they kiss.

As we near the end, doors begin to close randomly in the family house. bode tells Tyler and Kinsey that The Well Lady has arrived — she wants the keys. The Well Lady captures Bode and escapes with him using the Anywhere Key, which takes them outside. She asks Bode to hand over the Head Key and she has wrapped them both in a circle of swirling fire. Bode realizes that she cannot take the Head Key from him — he will have to give it to her. The Well Lady walks off and tells Bode to “stay tuned” as she uses the Anywhere Key once more. The fire eases and Bode is fine.

This felt highly dramatic for no good reason. Considering The Well Lady is violent with people we do not care about, this felt like a whisper in the wind when she finally takes on the main characters.

Locke & Key Season 1, Episode 4, “The Keepers of the Keys” closes with Kinsey apologizing to her mother Nina for what she said earlier in the chapter. The Well Lady visits Sam in prison. She tells him not to stray away from the path this time if they are going to be a family. She hands Sam a key.