Cliché, flat, and tortuously overlong, The Last Days of American Crime is yet another original dud for Netflix.

Cliché, flat, and tortuously overlong, The Last Days of American Crime is yet another original dud for Netflix.


This review of The Last Days of American Crime (Netflix) is spoiler-free.

When you see the name Olivier Megaton on a movie’s billing, you expect certain things. I do, anyway – the director of the insane third Transporter film, Colombiana, and the two terrible Taken sequels is a veritable expert at dragging already-thin genre plots through the mangle of brainless but kinetic action filmmaking. His new outing, The Last Days of American Crime, now on Netflix, is somehow a worse film than all of those mentioned above; a gratingly self-serious litany of clichés against an uninteresting dystopian backdrop that sticks around for about two hours longer than it should.

Adapted for the screen by Karl Gajdusek from the graphic novel by Greg Tocchini and Rick Remender, The Last Days of American Crime imagines a not-too-distant future – is there any other kind? – in which a fed-up government plans to broadcast a signal making it impossible for citizens to commit unlawful acts. This is bad news for career criminal Graham Bricke (Edgar Ramírez), who has no choice but to team up with gangster’s son Kevin Cash (Michael Pitt) and hacker Shelby Dupree (Anna Brewster) to pull off one last heist. Oh, and Sharlto Copley is in this, not that the film has any idea what to do with him. 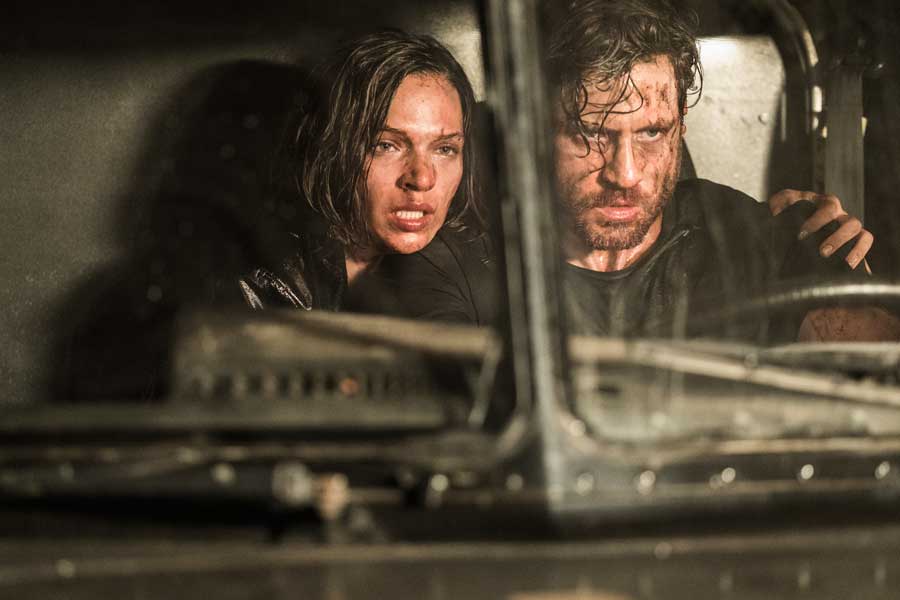 Halfway between a somehow asexual erotic thriller and a cookie-cutter action flick, The Last Days of American Crime at least benefits from its attention-grabbing dystopian premise, since you can never have enough Purge-style unconstitutional clampdowns on crime, and it kindly comes with a built-in ticking clock device – a clock that seemingly ticks and ticks and ticks forever. The script is woefully paced, dragging matters beyond the point of absurdity and allowing us to spend altogether too much time with its stock noir-ish archetypes. Anna Brewster plays a decent femme fatale and Michael Pitt’s loose cannon is perhaps the only character who knows what kind of movie he’s in, but the arrogance of attempting to wring these folks for insight when their motivations are already clear-cut is just off-putting.

This, along with standard flat-pack dystopian world-building and messy, over-edited action sequences – though I suppose that last one shouldn’t come as much of a surprise – all conspire to make this film the big dud of the weekend. You’ve seen it all before, you’ve seen it all done better, and there’s really nothing to recommend here; an abysmal assemblage of tedious nonsense that suggests the last days can’t come soon enough.