365 Dni makes an earnest effort at being the Polish 50 Shades of Grey – and is awful enough to have earned the comparison.

365 Dni makes an earnest effort at being the Polish 50 Shades of Grey – and is awful enough to have earned the comparison.

Not a Netflix original, but new on Netflix today nonetheless, Barbara Bialowas’s braindead adaptation of Blanka Lipinska’s 365 Days / 365 Dni is… quite something. Obviously posturing as the Polish equivalent to 50 Shades of Grey, it’s a comparison the film earns with its ridiculous camp melodrama, gaudy lighting, dressing up of obvious sexual abuse as erotica, and frequent sex scenes that are basically softcore p*********y. It’s only on the strength of its looking-good-naked leads and their palpable hot people chemistry that the film remains perversely watchable, though at two hours it’s more an exercise in cinematic self-flagellation than high-trash entertainment.

The Anastasia Steele stand-in here is Laura (Anna Maria Sieklucka), a well-to-do sales exec who is kidnapped by Sicilian Mafia boss and ripped sexual deviant Massimo Torricelli (Michele Morrone) and told that she has 365 days to fall in love with him –  or else, basically. It shouldn’t come as a great surprise that it doesn’t take that long, since Massimo is the kind of nutcase for whom rape-y sexual game-playing is an everyday privilege of his position, and we all know women just love being roughed up, intimidated and sexually exploited. Oh, and plied with designer clothes, obviously, since you can’t have an erotic thriller without a shopping spree montage, can you? 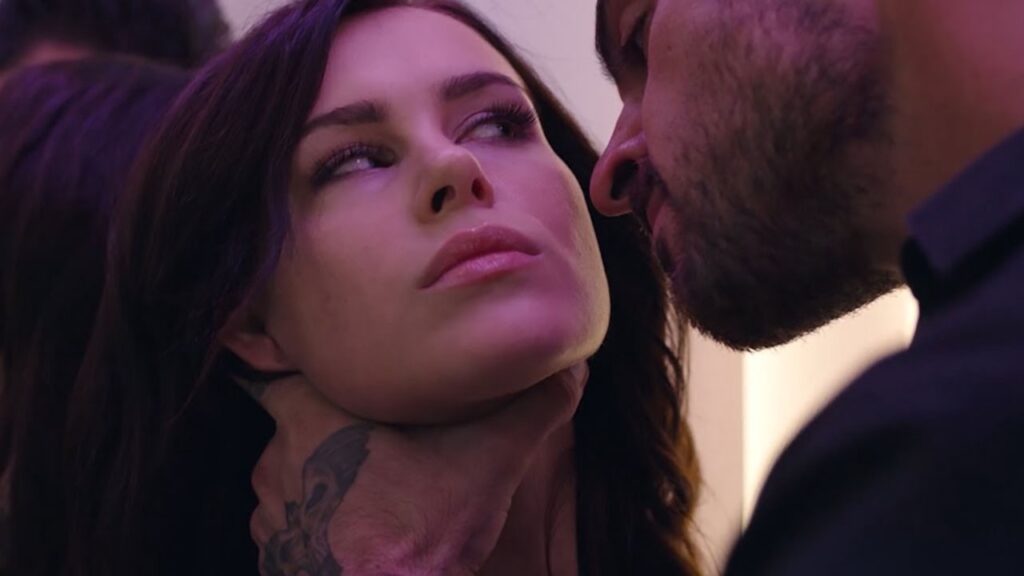 365 Dni loves a montage, as it happens, and there are a couple that include some pretty clear shots of Massimo’s ballbags, if you’re into such things. What’s faintly perplexing is that all of this nonsense has been written and directed by women. I suppose I’m not well-positioned to comment on women’s issues, of course, but I’m pretty confident that tying a woman up against her will and treating her as your sex slave isn’t going to have as favorable an outcome as it does here, whether you buy her handbags or not. Then again, this is a film of titillating spectacle that purposefully indulges deep, secretive fantasies, so it isn’t supposed to be taken as an instruction manual, but it’s still, you know… a bit weird and uncomfortable.

It’s also pretty explicitly paying homage to various gaudy erotic thrillers of the 90s, so everything’s lit like an Amsterdam back street or in the harsh glare of tropical sun as the leads clamber all over each other on a yacht. It’s really quite awful, made all the more so by wooden acting and a sexual openness that feels, at best, a bit desperate. 365 Days is nonetheless very pleased with itself, though, I think in large part because it has managed to find a central pairing who look good in sexual congress but are also willing to be attached to such a project – that can’t have been a packed field.

Nevertheless, you can’t really escape the fact that 365 Dni is pretty much exactly the kind of thing that fans of such films will be looking for. It’s bonkers, oversexualized, vaguely creepy, and tortuously overlong, unconcerned with its nonsensical narrative developments and focused entirely on the no-pants-dance being performed enthusiastically at every possible opportunity. We know there’s a market for that kind of thing. Why there’s a market is another question entirely, but it isn’t one that this film is interested in answering.