Breathe: Into The Shadows episode 3 recap – “Wings and Chains”

“Wings and Chains” continues on its unimpressive way, rife with questionable character motivations and played-out themes.

“Wings and Chains” continues on its unimpressive way, rife with questionable character motivations and played-out themes.


This recap of Amazon Original series Breathe: Into The Shadows episode 3, “Wings and Chains” contains spoilers.

You know how it is – you commit a brutal murder and you expect to hear from the villain who kidnapped your daughter straight away. But no such luck for Avinash and Abha, who are left with the guilt, the media attention, and the nightmares of what they’ve done, but no communication.

Perhaps, though, Siya will be able to free herself, at least if Gayatri has anything to say about it. She’s been working on an escape, presumably for a while, and so when the ‘napper refuses to give them some time outside, it’s cool to see him remain blissfully unaware of this plot.

Breathe: Into the Shadows episode 3 also keeps track of Prakash and Kabir, making for a three-pronged narrative. The police are investigating the crimes Avinash is committing, and Avinash is committing crimes at the behest of the kidnapper, whose captives are planning on making their own escape. Standard stuff. 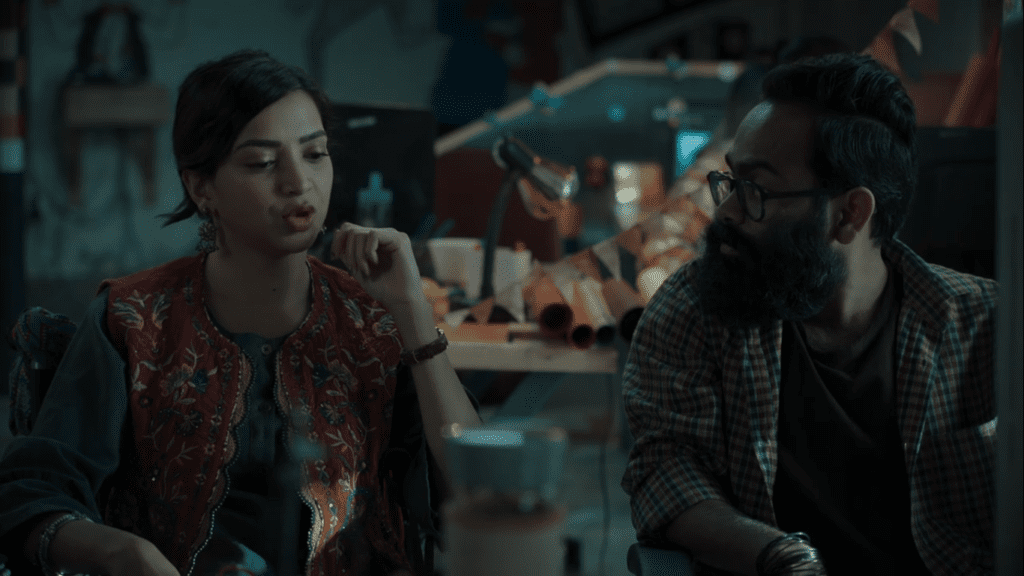 Just like that, another parcel for Avinash arrives in “Wings and Chains”, just like the one before. And like the previous one, it contains an eerie message and another target, this one a girl by the name of Natasha – at least the killer believes in equality. Natasha has sinned; Pritpal’s sin was anger, hers is lust. This is a played-out theme, but whatever.

In an inversion of the conversation from the previous episode, Abha laments not having gone to the police in the first place, despite that being her idea, and Avinash decides not to go in this case, instead beginning the pursuit of his target. She’s gay, he learns, which would probably qualify as a lusty sin to some people. Different strokes for different folks, I guess.

Anyway, the matter of Pritpal’s missing pen is pretty crucial to Breathe: Into the Shadows episode 3, and its discovery is where we leave things. This amounts to something of a cliffhanger since it’s Kabir who finds it, not Avinash. Drama! Does anyone care? Of course not. But it’s the effort that counts.

With questionable motivations and an overly familiar thematic motif, “Wings and Chains” does nothing to suggest that this season is going anywhere interesting any time soon.