“Selena + Daniel Holzman” tackle the show’s most difficult recipe yet, with added dating concerns for flavor.

“Selena + Daniel Holzman” tackle the show’s most difficult recipe yet, with added dating concerns for flavor.


This recap of Selena + Chef episode 9, “Selena + Daniel Holzman”, contains spoilers. You can check out our thoughts on the previous episode by clicking these words.

This episode’s guest chef, Daniel Holzman, is a veritable expert in meatballs, and thus he’ll be teaching Selena how to make chicken meatballs and gnocchi — one of the most challenging recipes Selena has tackled thus far, and apparently some bets have been placed about whether or not she’ll succeed.

Raquel says hello, but she’s gonna be on the couch until she’s the recipient of one of the most delicious meals she’s ever tasted. Hopefully.

Meatballs are a peasant food, apparently, born of the idea of making a little bit of meat go a long way. There’s also a meatball magic ratio. The wine opener has to be retrieved from another room, which Raquel wants to film because it’s “great content” and requires Liz’s help too. Selena’s wine opener is some kind of elaborate contraption that takes two attempts to open a bottle. 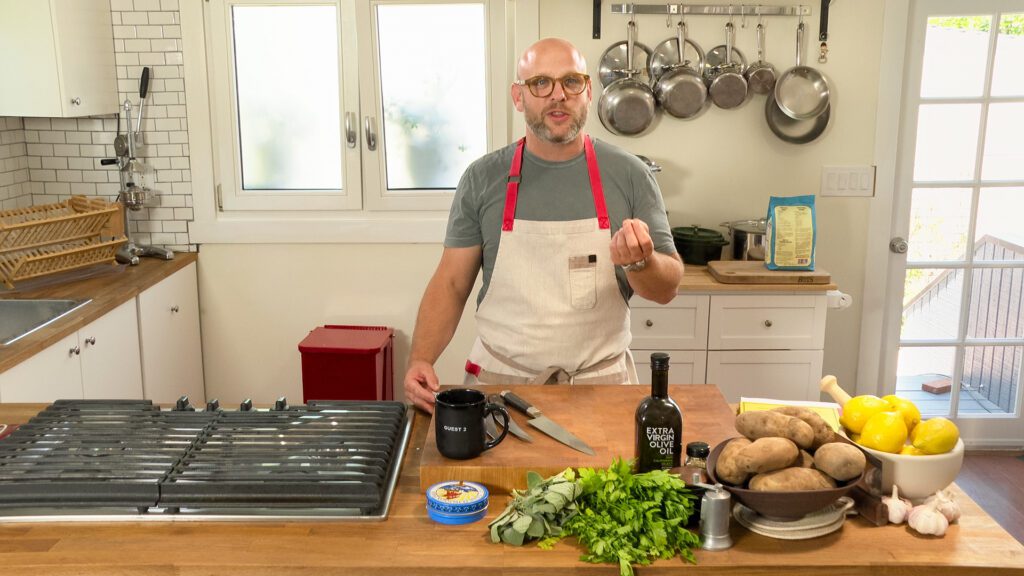 Parchment paper returns for the first time since Selena lit the last lot on fire, which Raquel brings up. Daniel represents all of us, I think, when he talks about how much weight he’s gained in quarantine.

Selena represents all of us, too, when she stabs a potato while thinking about her exes, and puts a pan of boiling water on the hob… without any water in it. She explains to Daniel how the kind of men she’s attracted to are too intimated by the idea of a pop star, which I suppose is an understandable concern for 1% of the world’s population.

Anyway, Selena burns the gnocchi, which is apparently fine. Time to finish the dish. The meatballs come out. The gnocchi goes in the sauce and then on the plate. It all looks good. Raquel approves enough to steal it.