Jungleland is, on some level, a boxing movie, but it has almost none of the tropes you’d expect. There is no inspirational training montage. There’s no glitz or glamour. There is, in all honesty, very little fighting. It’s about two brothers, Stanley (Charlie Hunnam) and Lion (Jack O’Connell), who squat in abandoned buildings and drift anonymously through life. They mostly fight their circumstances, each other, and themselves.

Despite Bruce Springsteen carrying a lot of the weight of a moving final sequence, the titular song isn’t heard at any point, a creative decision that would have probably felt too on-the-nose for director Max Winkler, who instead weaves a more patient and inscrutable route through a hardscrabble blue-collar America. It’s often a strange film, this, content to let quiet do the talking or an evocatively composed image make a point of its own. We get snippets of backstory for both Stanley, a self-styled manager and hype man but also a rapidly-aging grifter whose charisma is beginning to look like desperation, and Lion, a taciturn scrapper forced to compete in an underground bare-knuckle boxing circuit because his brother’s shenanigans got him barred from the real thing. But we’re mostly left to ponder about what these two lived through before we met them and what they might get up after the film’s credits have rolled, though one imagines the events of the film will have changed both men considerably.

It’s Stan’s antics that kick-start the plot of Jungleland. He’s in deep with a local gangster with the unintimidating name of Pepper (Jonathan Majors), and since he can’t cough up the funds he agrees to transport a young woman, Sky (Jessica Barden), back to the care of a notorious gangster named Yates (John Cullum) as the brothers travel to San Francisco for a fighting tournament with a lucrative $100,000 purse. Sky is of considerable importance to Yates for reasons that will become clear, and what will also become clear is that Stan and Lion have very different ideas of what it means to deliver a young woman, essentially gift-wrapped, back into the hands of her demented captor. 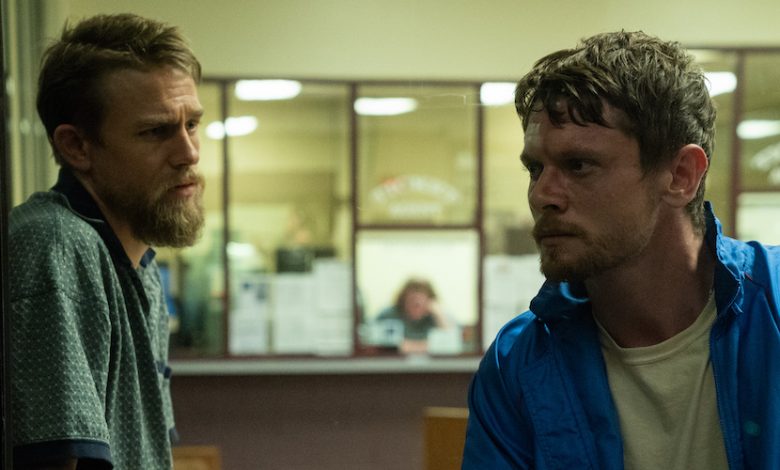 It perhaps wouldn’t be a spoiler to get into the specifics, since a burgeoning romance between the similarly-aged Lion and Sky and a gradual rift forming between the brothers are basically baked into the premise. But I’ll refrain from doing that all the same, especially since Jungleland takes quite a few unexpected turns in a manic final act that abandons the slow-burn, meandering melancholy of the earlier portions and delivers one bruising development after another. The payoff is worth the journey, but it takes a few bumps in the road to get there.

But the bumps are part of the point, and for as long as the film remains largely directionless it gives the three leads an opportunity to fill out what begin as archetypes but gradually morph into three-dimensional personas. Hunnam turns in career-best work, and O’Connell delivers a now-trademark routine as an authentically tough, damaged young man with a jack-the-lad twinkle hidden just beneath the surface. But it’s Barden, seen most recently in the second season of The End of the F***ing World, which just debuted on Netflix, who really enlivens the narrative with a fascinatingly difficult character in Sky.

All this puffs up the well-trodden framework of the Great American Road Trip, the thumb-jostling journey by whatever means are available from one no-account place to the next, running into bad luck and trouble all the while. The journey might be more important than the destination, but it’s the company you keep along the way that makes it all worthwhile.