Back and better than ever, Great Pretender Season 2 is a meticulous follow-up that’ll likely appeal even to those who aren’t fans of anime.

Back and better than ever, Great Pretender Season 2 is a meticulous follow-up that’ll likely appeal even to those who aren’t fans of anime.


This review of Great Pretender Season 2 is spoiler-free. You can check out our thoughts on the previous season by clicking these words.

Great Pretender is the kind of anime that, many years from now, people will cite as the show that got them into anime in the first place. By taking a beloved pop genre – in this case, the complex, multi-layered con – and giving it an animated makeover, Netflix’s meticulously-plotted original is a perfect example of what anime can do, and it’s well-calibrated for those who aren’t necessarily familiar with the medium’s eccentricities and quirks. Back for another case, this time subtitled “Wizard of Far East” and spread across nine episodes, Great Pretender Season 2 is better than everything that came before it, and a logical continuation of all that stuff too.

The difference in structure is immediately obvious. The first season was split into three cases, meaning snappier episodes and shorter arcs, but this meatier outing, which sees Edamame venture to Vietnam and Shanghai and become embroiled in a child trafficking ring, makes the most of its narrower focus, using a contentious topic and the mechanics of a long-form con to delve into the interiority of its characters and explore a mature subject. 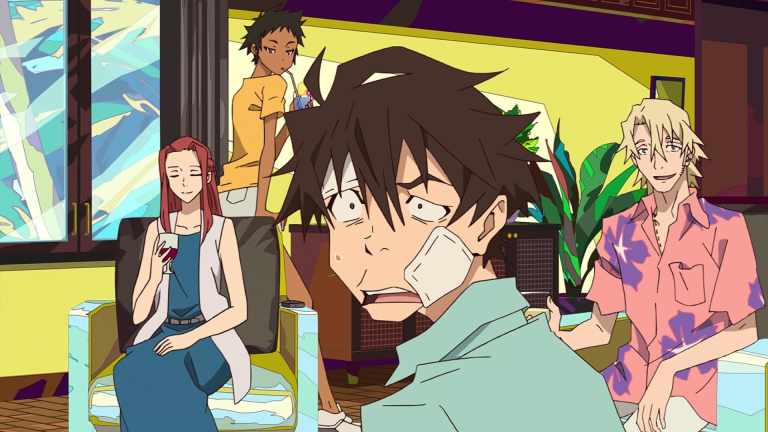 Much of Great Pretender Season 2 is about rounding out Edamame as a protagonist, filling out gaps in his backstory, exploring his psychology – particularly in how it relates to his father, given the nature of the case – and interrogating the idea of fate, of being doomed to repeat the mistakes of others and oneself without proper guidance and the courage to make tough decisions. It’s an expansive exploration of a complicated central figure within a framework that, if we’re being honest, didn’t really need it, such is the pleasure of the plot’s intricacy and cleverness.

The mechanics of the season-long con are exquisite to behold at times, and the way Great Pretender decides when to embrace or subvert expectations and tropes is pretty masterful. The whole thing is complicated, granted, but never just for the sake of it, and always in style. The lack of clunky exposition is a miracle given the consistency of the narrative’s twists and turns, double and triple crosses. It’s a triumph of writing when you really study it.

It often looks just as triumphant, always colorful and slightly unconventional, always threatening to draw your eyes to something else, but always concentrating your attention on the right thing at the right time. The plotting and aesthetic go hand in hand, with emotional moments underscored by smart musical choices. With a blend of genres and tones, an exceptionally clever narrative, and a wealth of character development, there’s little here to quibble about, and plenty that’ll appeal to a wide swathe of Netflix’s viewership. The future is seemingly limitless for Great Pretender. I can’t wait to see what it pulls off next.