The Midnight Sky review – a film whose story lands on ambivalent.

Since George Clooney’s Good Night, and Good Luck, his directorial efforts have taken an odd decline and plateau since that auspicious debut. His projects went mainstream, from football and Nazi treasure hunts to odd black comedies that did not register with audiences or critics (even The Ides of March has its detractors). The 2005 film brought morality into a civics lesson in a politically charged climate — sound familiar? What happened to that director born from a newsman’s sensibilities to tell stories about truth to power? In a decade defined by it? Instead, he delivers The Midnight Sky, a handsome-looking Netflix film, with an evocative musical score that acts as smoke screens for a major plot point that no global catastrophe could possibly cover-up.

Clooney plays Augustine, a dying scientist who is going to have plenty of time to think back on his mistakes in life. He has chosen to stay behind to man his post in the Arctic to contact returning astronauts (played by the likes of Felicity Jones, David Oyelowo, Kyle Chandler, Tiffany Boone, and Demián Bichir) about a mysterious global catastrophe — despite warnings that he would need to perform his blood transfusions from a colleague before they leave on a helicopter to the last sanctuary site. The only problem is he finds a six-year-old girl named Iris (Caoilinn Springall) that was left behind.

The Midnight Sky was adapted from the novel Good Morning, Midnight, by American writer Lily Brooks-Dalton. It’s a somewhat loose adaption and examines dual, parallel storylines of Clooney’s Augustine racing against time to warn the crew and Felicity Jones’s Sully helping the crew get back to Earth safely. The screenplay by Mark L. Smith (The Revenant, Overlord) is a fairly straightforward adaptation and handles each storyline effectively and evenly. When you combine that with Clooney’s astute direction, which handles well considering this is the first film he has helmed with a big budget on some space scenes that were money well spent, you may come off thinking that the film isn’t half bad. 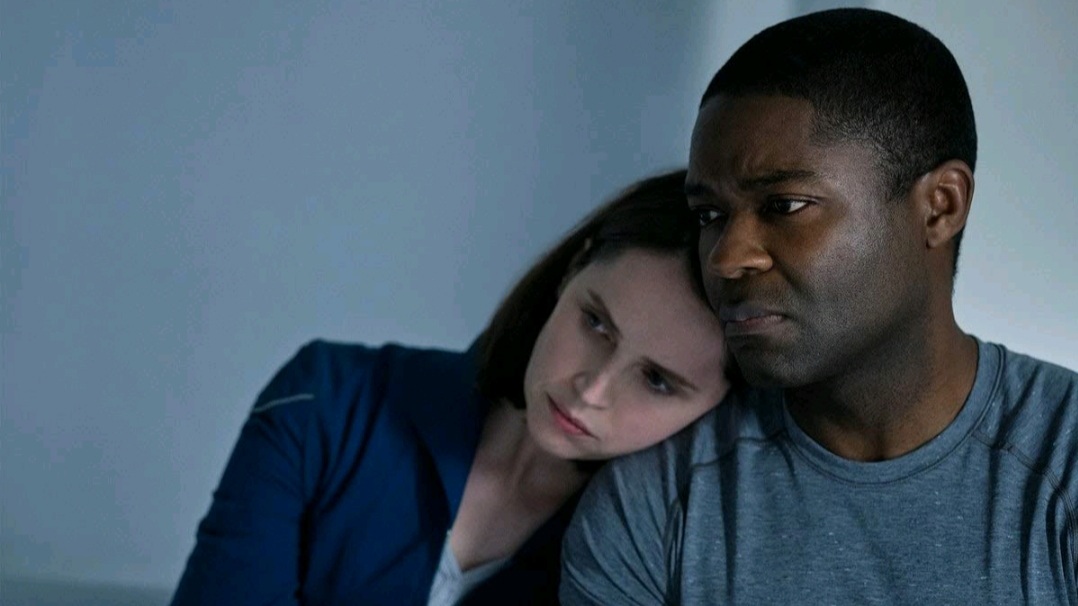 The problem is the source material itself is hard to camouflage on film. The major plot point the film is clearly building to cannot be hidden by the blustery arctic visuals and the deep space void. It all seems like an exercise in motion picture fluffer-nutter to cover up for the reason everyone came together in the first place. Without giving anything away, it is completely obvious where the movie is headed because it is the only explanation for Augustine’s character motivation. The magician’s trick to get you looking the other way is thinly failed at best. It takes away any suspense from the experience the film is attempting to generate, despite the elements that do work.

The Midnight Sky has all the makings of a solid action-adventure film but fails to create an all-encompassing experience for its audience. The performances are solid, Clooney’s in particular, but rarely do you feel they are in danger because, by all accounts, they are going to be dead anyway. It also doesn’t go deep enough to act as an effective character study, either.