Marvel’s Darth Maul is a five-issue miniseries, written by Cullen Bunn and illustrated by Luke Ross, which catches up with everyone’s favourite Zabrak in the days of his apprenticeship under Darth Sidious.

Marvel’s Darth Maul is a five-issue miniseries, written by Cullen Bunn and illustrated by Luke Ross, which catches up with everyone’s favourite Zabrak in the days of his apprenticeship under Darth Sidious.


Marvel’s Darth Maul is part of the current Star Wars canon. You can check out the entire timeline by clicking these words.

Set before Episode I: The Phantom Menace, I believe Marvel’s Darth Maul tells the earliest story in the current canon. Which is nice. But its position in the timeline doesn’t really matter. It’s so close to Episode I in terms of setting and galactic status quo that you can barely tell the difference. And Darth Maul himself is very much the character we met there. This self-contained adventure doesn’t manage to add any details that might recontextualize Maul’s role in The Phantom Menace, nor, crucially, does it really cement his place in the new canon. 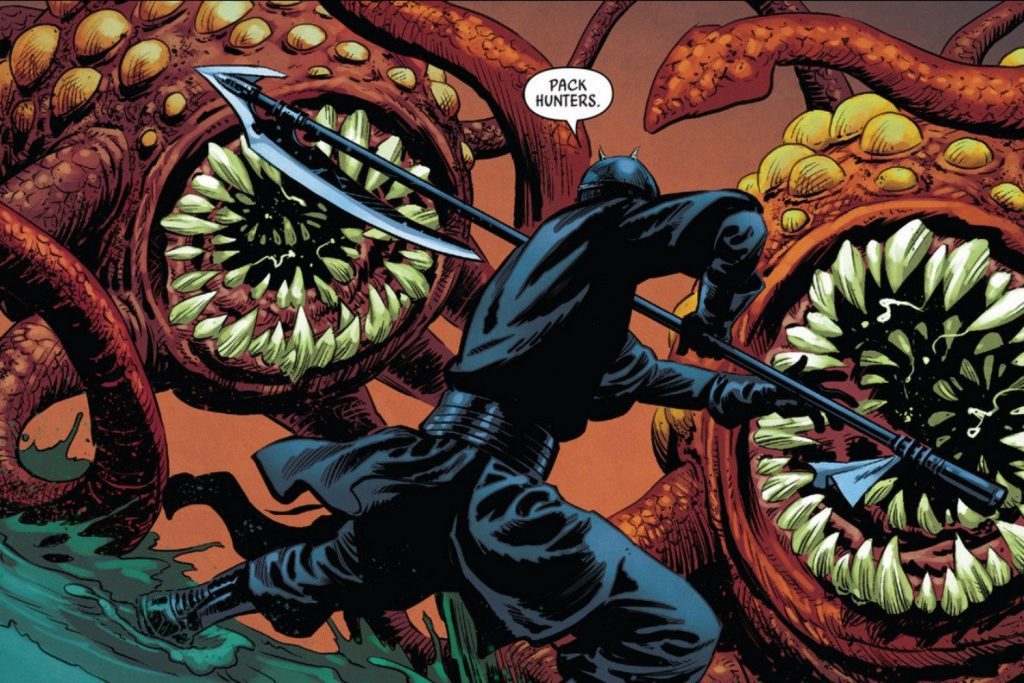 It’s mostly Maul being a baby. He’s fed up with waiting for Sidious’s long-term plans to come to fruition, and he’s itching to skewer some folks on his iconic double-bladed lightsaber. So, despite being explicitly ordered not to, he slopes off into the criminal underworld to test his skills against a Jedi Padawan by the name of Eldra Kaitis, who is being offered as the grand prize in an exclusive criminal auction.

Maul’s off-the-books mission also includes bounty hunters Cad Bane and Aurra Sing, who were some of the cooler, more interesting antagonists in the Clone Wars series but are underused here as the story pivots ceaselessly around Maul’s temper tantrums.

Admittedly the particulars of the story aren’t really the point. Maul has to overcome a few narrative hurdles, but for the most part, his quest is simplistic by design. This is a character-based story, which is fine. But the character is underwritten and profoundly uninteresting, which isn’t. He’s angry; he’s impatient. Both of those things were evident from the cover. Maul’s pulpy, noir-ish internal monologue, which is supposed to provide a window into his psyche, reads like the childish ramblings of a schoolyard bully. 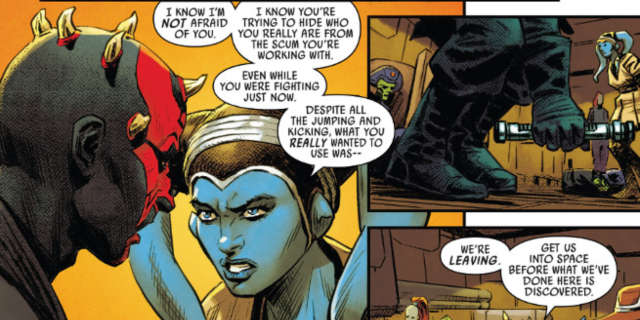 Darth Maul, as a character, initially struck a chord with fans because he’s cool to look at and has some nifty dance moves. But after his reintroduction in Clone Wars, it was obvious that there’s depth and pathos to be mined from the character. This trade flirts with some it but confines it to the margins. None of the good ideas are properly explored.

The most interesting one, for instance, is the idea that Maul’s rage is ceaseless; that it’ll never be sated no matter how many Jedi he kills. The story suggests the possibility of remorse and self-doubt, which might seem like bolder storytelling choices. But I prefer the idea of a character that is exempt from the moral push-and-pull you typically find in Star Wars stories. Maul’s adherence to Sith doctrine is secondary to his need for violence and vengeance; regardless of who his master is and how loyal (or not) he might be to them, he isn’t capable of being redeemed. All the stuff that makes him a quintessential antagonist – anger, hatred, aggression – is integral to his identity.

That he’s willing to disobey his master is symptomatic of this as well. He’s worried about Sidious discovering his personal mission not because he particularly fears or respects him, but because he understands that he’s capable of taking from Maul the one thing he wants and needs: The opportunity to unleash his rage on others; to most rigorously test his skills. The story isn’t bold enough to really hone in on this idea though. This is why so much of his ranting reads like babyish whining, and a reveal in the final issue actively undermines it. 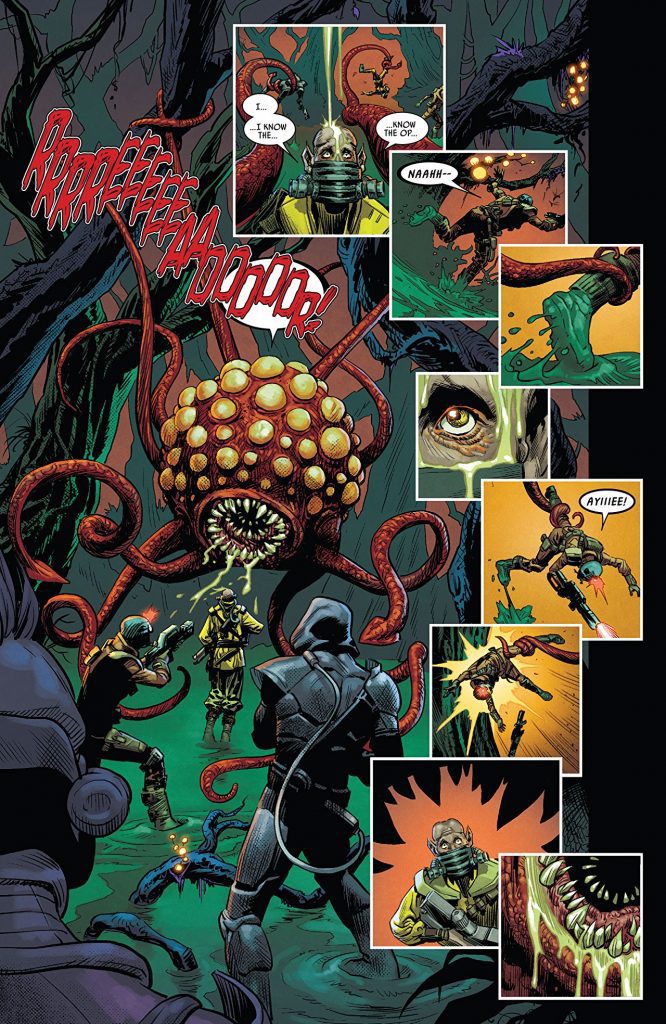 It’s a minor point, but Maul’s standoffish demeanor doesn’t leave much room for the characters around him to feel fleshed-out either. He’s only ever curt, dismissive, or vaguely threatening, which doesn’t allow for much back-and-forth dialogue. There are very few panels that don’t include Maul, and the supporting cast is given almost no room to contribute anything in his absence. Even the typically-compelling bounty hunters are one-note and uninteresting here, and Kaitis is any generic Light Side Force-user. The weak attempts the story makes during the climactic battle to have Maul and Kaitis’ ideologies clash along with their lightsabers doesn’t make things any better.

Having said all this, Darth Maul gets the job done as a self-contained miniseries. The story doesn’t add much to the lore or the character, but it works panel-to-panel. And it’s well-paced enough that your eyes are always roaming to the next page. It helps that Luke Ross’s artwork is legitimately good. Maul consistently looks great, and the representations of Bane and Sing are equally solid. He gets a lot of kineticism out of the final duel, too. That’s not an easy thing to accomplish in a static medium like comic books.

All in all, I’d say this one is for big fans of the character only. It offers very little for lore junkies – except for a double-page spread of ancient Jedi that features a couple of details which are kind of a treat – and doesn’t really utilize the Star Wars setting for much beyond an inevitable laser-swordfight. Not a terrible outing for the infamous antagonist, but all things considered a missed opportunity.