Bulletproof takes the standard American buddy-cop formula and transplants it into the British capital, making for an effortlessly entertaining and extremely likable first episode which promises potentially-great things for the new Sky One show.

Bulletproof takes the standard American buddy-cop formula and transplants it into the British capital, making for an effortlessly entertaining and extremely likable first episode which promises potentially-great things for the new Sky One show.

The buddy-cop subgenre of action-comedy might seem like a distinctly American thing, but you can always rely on the British to steal other cultures. And thank goodness they did. Bulletproof, the new series that debuted on Sky One last night, takes the tropes and trappings of buddy-cop fare and plonks them right in the middle of urban London.

Created by director Nick Love and starring Noel Clarke and Ashley Walters as Capital cops Bishop and Pike, the show’s incredibly promising opening episode struck a fine balance between action and comedy, and rooted proceedings to the setting with an authentic ear for inner-city, working-class patter. 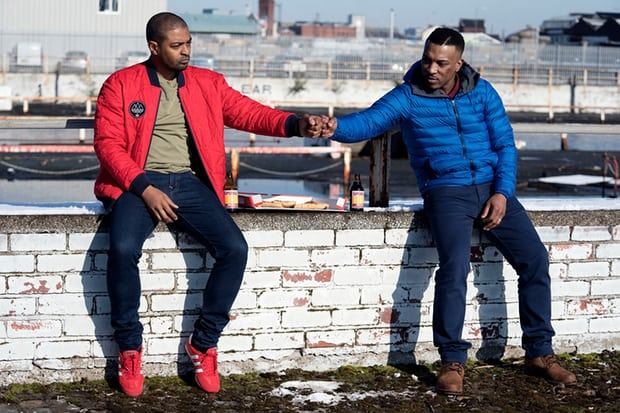 Bulletproof speeds along thanks to considerable chemistry between the leads. Clarke and Walters evoke a real camaraderie that’ll feel right at home for those of us who engage in the British style of friendship, which is to say constant arguing and insults for no particular reason. But the character writing is smart enough to have them each operate in slightly different modes. Bishop is more hot-headed and reckless, whereas Pike, a family man, is often tasked with reining him in. Their differing home lives lend a bit of depth to an episode that doesn’t spare much room for it, weaving Bishop’s troubled love life into proceedings with a neat bait-and-switch. Even though Bulletproof looks as though it’ll shirk more serialised storytelling in favour of a “case of the week” style, according to the preview for the second episode, it’ll continue to develop subplots like Bishop’s on-going romantic woes.

In this opening episode, though, the focus was on a ring of Eastern European car thieves and the murder of an informant, which provided plenty of action and a couple of slick car chases that suggest a higher-than-usual budget for a British television production. I imagine faith in the project is well-placed thanks to its crowd-pleasing style, piling on the Bad Boys bickering and an unusually high concentration of shootouts and suchlike. It’s an unusual thing to see in one of Her Majesty’s cop dramas, but I’m thankful for the no-doubt flagrantly unrealistic take on London policing. And it helps to make the comparatively low stakes feel like a minor issue. 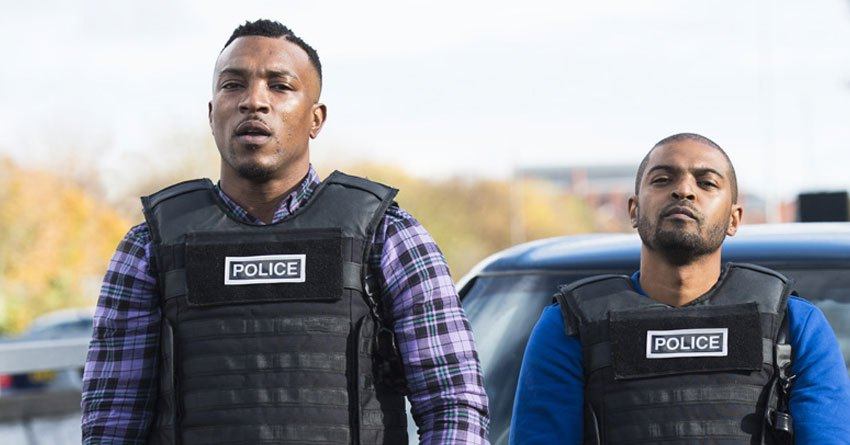 For all its banter, Bulletproof knows when to pump the brakes on the comedy side of things and treat certain character moments with a necessary amount of respect. A shocking scene early on is impactful thanks to how it’s juxtaposed directly with Pike and Bishop’s quipping, and other scenes, such as a stray bullet finding an unlikely target and an understated moment at a family dinner table, feel well-observed and carefully deployed. I particularly enjoyed the scenes of Pike’s home life; him trying to snatch a moment of alone time with his wife only to be constantly interrupted by the kids, or a playful argument about how to properly season chicken, are the petty frustrations of all happy marriages, and Bulletproof is smart to make time for them, generic as they might be.

It might occasionally feel that way – generic, predictable, and it very much is, but Bulletproof is nonetheless extremely likable and has evidently been made with a great deal of care and attention. It takes a decidedly American pop-cultural item but imbues it with so much quintessential Britishness that you can’t help but respect it; and that its legitimately funny and entertaining certainly doesn’t hurt.