Despite still having a tendency for self-indulgence and weird, incongruent diversions, “The Remembering” is the best that Yellowstone has been in quite some time.

Despite still having a tendency for self-indulgence and weird, incongruent diversions, “The Remembering” is the best that Yellowstone has been in quite some time.


Yellowstone represents the best and worst of Taylor Sheridan; all his most self-serving impulses, but also his rare willingness to expose himself to misinterpretation. All his work, if you look back at it, has been about a particular type of men and masculinity, and a particular breed of toughness. Do-gooders don’t appeal to him. He’s interested in the go-getters. His sympathy is for those who want none; the driven, tough-guy authoritarians like John Dutton, and it’s a viewpoint quite well-suited to Yellowstone’s vision of a morphing Montana, cleaved open by divisions among race, class, and public policy. All the best stuff in the show’s sixth episode, “The Remembering”, concerns the snide backroom manoeuvring of the would-be politicians and local leaders, each trying to bowl their own sphere of influence at their opponents’ pins.

But then, at the start of the episode, there’s a bear. No particular reason for it, either; it’s just there, another cool idea that must have occurred to Sheridan at some point. Kayce, on his morning errands, encounters a bear. He does the usual thing of making himself look big and shouting at it – I’m sure someone said that as a joke once and it just stuck – and eventually, thanks to the help of Rip, the bear just toddles off. Then Kayce and Rip have a little punch-up, again for no real reason. 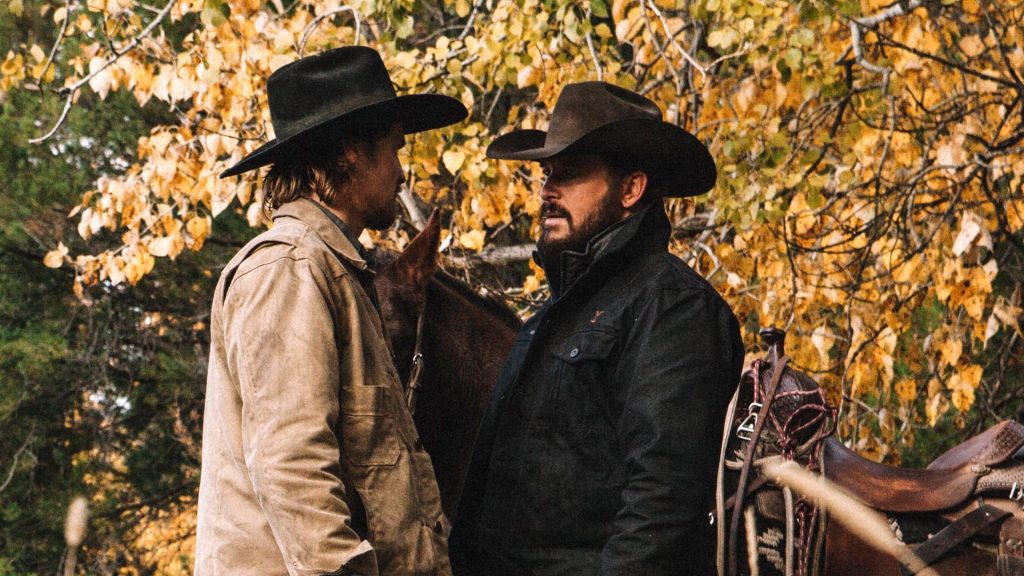 This is what I mean about Sheridan as a writer. It’s the same reason Kayce can’t drive from the ranch to the reservation without executing the charred survivor of a blown-up meth lab or stumbling upon a kidnapping. It’s the same reason that Monica, later in “The Remembering”, intervenes in a school fistfight and gets knocked out, concussed, and potentially killed. None of this stuff ever rings true. It makes Yellowstone feel bizarrely anthological, not a cohesive portrait of a landscape in the midst of a strategic battle for power and control.

But when the show really does hone in on the overtly political, it sure is good. When Beth and Jamie Dutton visit Governor Lynelle Perry, who is endorsing Jamie as the replacement for a retiring Democratic attorney general, the ins and outs of their scheme – Jamie should run independent, to court red votes from the family name and blue from the governor’s endorsement – has the same cold, rough texture as a real-life strategy might. Jamie’s new campaign manager is a looker, all the better to entice him romantically and dispel any awkward questions that might arise when a 36-year-old man is a bachelor. Yellowstone is at its best when it stops moralising and starts being pragmatic. 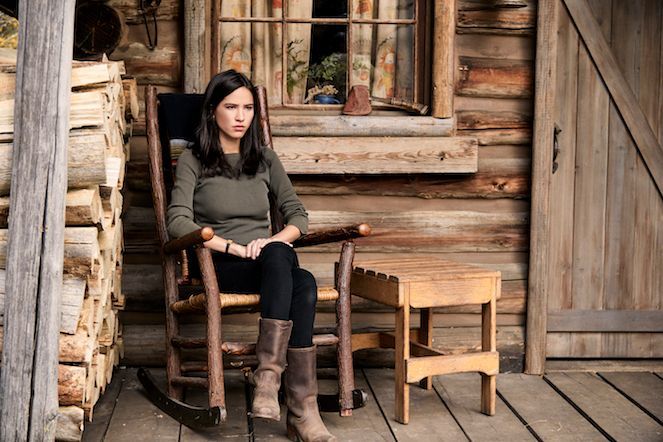 Beth didn’t seem to get that memo. She’s entirely driven by emotion, and her self-destructive shtick has been tiresome for a while. But in “The Remembering” we’re reminded of something John himself had said about her earlier in the show; that he needs her because she’s able to do something that his other children can’t. She can be evil. At first, it looks as though Governor Perry is more than a match for her. “Bullies need to be big,” she says to Beth, “and I’m bigger than you.” She tells a story of her son, who stopped maturing when he suffered a personal trauma, and couldn’t grow up until he came to terms with it. It echoes Beth’s own tragic backstory; her mother’s death is the drain she continually circles, tugged into the void by the insistent pull of her own participation in it. But Governor Perry didn’t account for Beth’s capacity for pure, vindictive spite. After threatening to ruin Governor Perry’s career if she continues having sly sex with John, she snarls, “Your son sounds like a p***y.”

All the subplots that are tied to the greater fate of Montana work the best. The destruction of a drone scoping out the reservation is a lot less interesting that Thomas Rainwater’s alliance with Dan Jenkins, as the two conspire to leverage John out of his holdings. The fewer instances of contrived pulp action that Yellowstone indulges in, the better it holds together. The question of its continued success, then, rests on whether Sheridan can resist the urge to have children fall in rivers, or have random apex predators besiege the cast, for long enough to shunt this story to its conclusion. I can’t help but like it all the same. But I feel I could like it a lot more, given the chance.

“The Remembering” was the sixth episode of Yellowstone‘s first season. Check out our full series coverage.