During the summer of 1991, Daniel Middleton meets Hunter Strawberry, secretly begins dating Hunter’s sister, and breaks into the drug business on Cape Cod in this stylish debut from Elijah Bynum. It’s Blow meets Superbad and Adventureland, with a heavy dose of The Big Short.

During the summer of 1991, Daniel Middleton meets Hunter Strawberry, secretly begins dating Hunter’s sister, and breaks into the drug business on Cape Cod in this stylish debut from Elijah Bynum. It’s Blow meets Superbad and Adventureland, with a heavy dose of The Big Short.

From the opening scenes of Hot Summer Nights, the unnamed narrator directs our attention to stories and believability. The story we’re about to see is mostly true, and he leaves it at that. Throughout the film, the narrator (Shane Epstein Petrullo) pontificates on legends and stories from around Cape Cod, tales of badasses like Hunter Strawberry (Alex Roe) who might have killed a guy, of newcomers like Daniel (Timothée Chalamet) who make a name for themselves in a single summer, and of enigmatic girls like McKayla (Maika Monroe) who make every boy melt with a look. To punctuate this, writer-director Elijah Bynum inserts countless cut-shots of bystanders giving their two cents on a certain story point.

This Mark Twainsian attempt to both undercut and underscore the truth of the story we’re presented with is exactly why we see movies. We, moviegoers, take what we see at face value, not really questioning the newness of what’s been presented to us as we munch our popcorn. Isn’t that the point? We come for the story–and the story need not be new, but it must be told well.

And so, while I understand many of the criticisms of Hot Summer Nights–it’s a story we’ve seen before: a rising-drug-lord story, a coming-of-age story, a summer romance–I’m not bothered by tried and true plots, as long as there is truth in the telling and the telling is good.

That being said, Hot Summer Nights is not a complex story. We have seen it before. Daniel Middleton’s dad has just died, so he burns his father’s record collection and broods and his mother sends him to Cape Cod for the summer of 1991. Instantly, Daniel learns that he’s out of place and needs to find where he belongs.

“There were two types of people in this town: there were the summer birds like these yuppies, and then there were the townies. But see, Daniel Middleton wasn’t either. He wasn’t a townie because he didn’t grow up here. And he wasn’t a summer bird because his family wasn’t rich. We didn’t have a name for people like that. But whatever that was, he didn’t want to be it.”

So when he runs into Cape Cod legend Hunter Strawberry, they click and form one of those strange film friendships that are slightly unbelievable yet you want to see more of. And again, the narration so quickly and neatly encapsulates the moment:

The narrator talks about the way all the summer birds just spend their time getting stoned. That they didn’t feel as bad getting weed from Hunter (Alex Roe) in his auto shop as they did from getting it from “some little Portuguese kid down at the harbour.” Everyone knew him, and there are legends about him all over the Cape, legends about his motorcycle and sexual prowess, about arson and animal magnetism. Oh, and he killed a guy. The truth behind the legend doesn’t matter; what matters is what people believe, and in this case, I believe all of them. In the end, though, the Truth (capital T) is that Hunter is just a townie, and that’s all the summer birds will ever see him as. 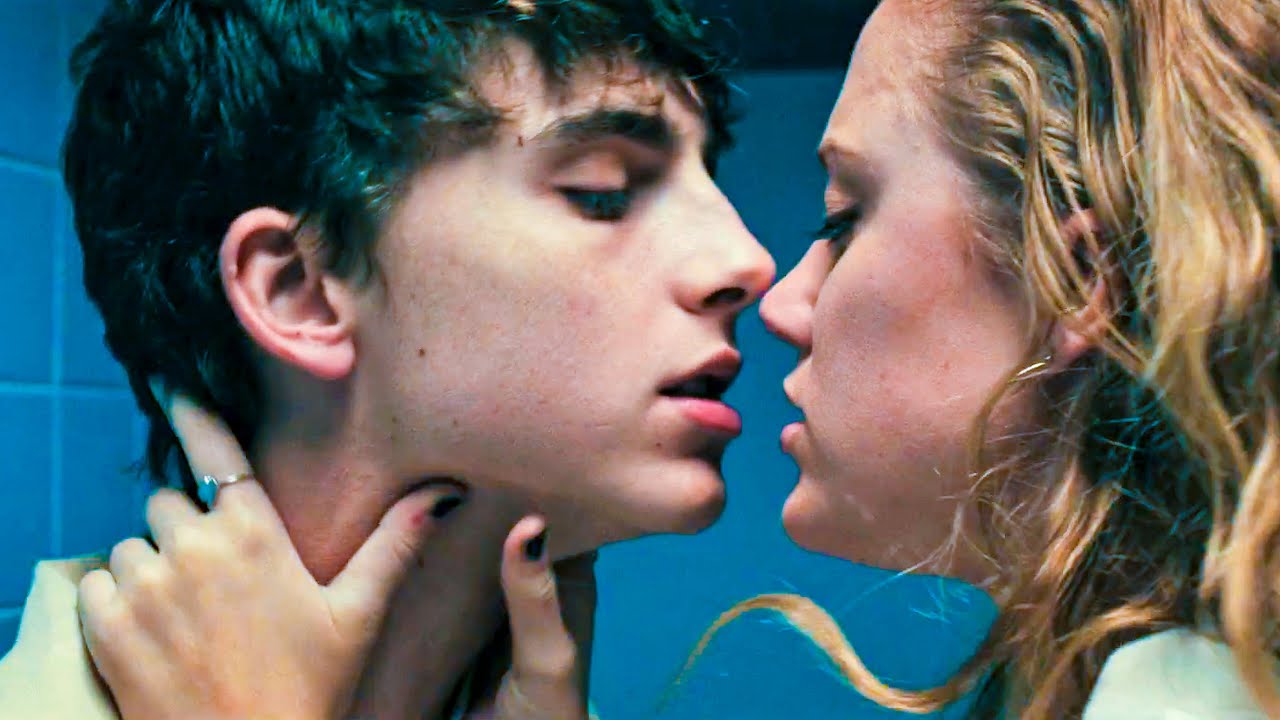 Hunter and Daniel (Hunter says, “I’m gonna call you Danny”) meet when he hides drugs for him in his cash register. Then Dan meets Hunter’s sister McKayla at a drive-in after she dumps her boyfriend and he drives her home (she tells Daniel, “I’m gonna call you Dan”). Even identity is in the eye of the beholder in Hot Summer Nights. He falls head over heels, but Hunter waves Daniel off, saying he’ll kill anyone who touches his sister. So, they get into the drug business together. And business is very good. They soon get in bed with bigger fish who promise to give them as much product than they can handle, as long as Daniel and Hunter make good on the money. And they do, in a big way. 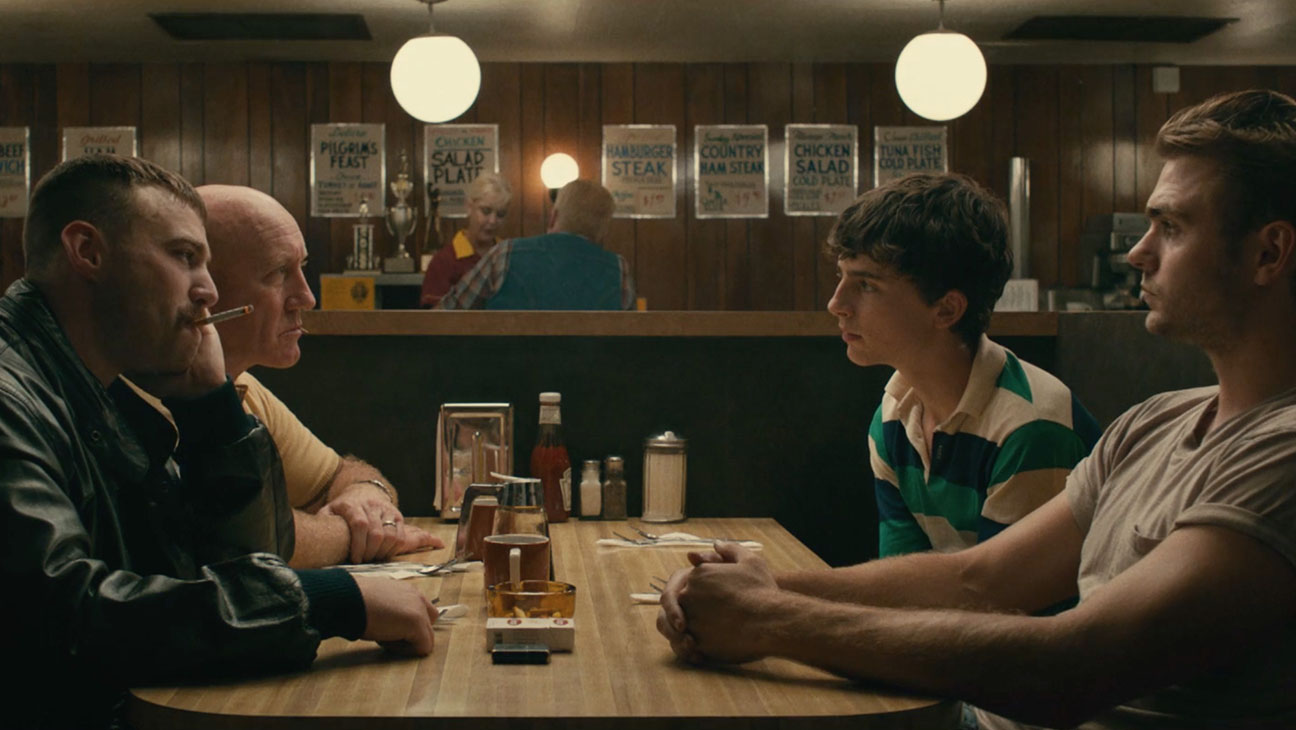 All of this is good, cliched storytelling. Nothing new under the (hot summer) sun. Daniel and Hunter get in deep with the wrong crowd (see: Blow and Scarface and Pineapple Express), Daniel and McKayla and Hunter and Amy (Maia Mitchell) hang out at carnivals and get drunk and make out (see: Adventureland and Superbad). However, Bynum’s deft hand makes his mark on both the summer coming of age and drug kingpin genres. 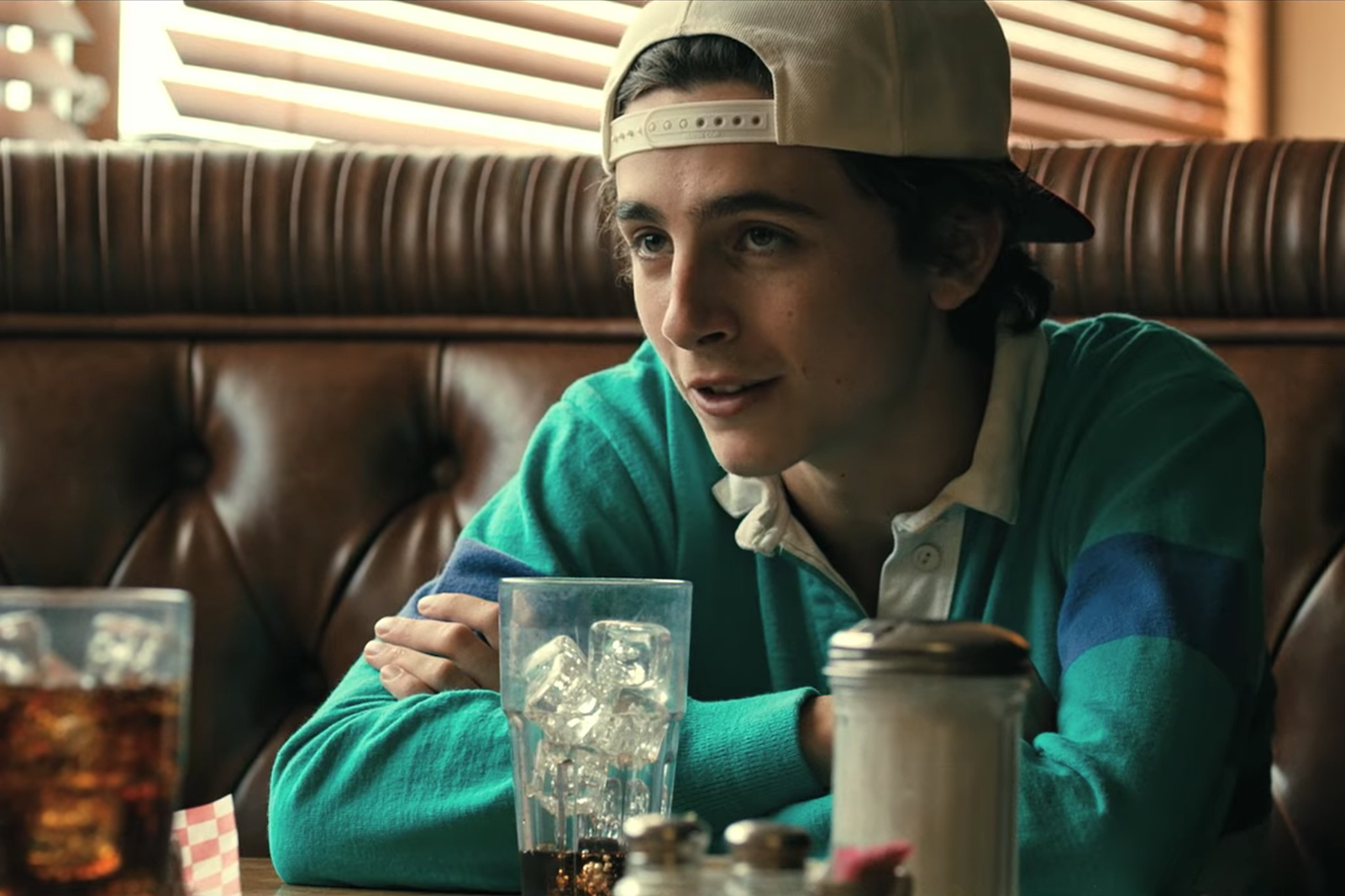 The casting in Hot Summer Nights is superb, relying on Roe’s steamy charm, and Monroe’s enigmatic relatability, but mostly on Chalamet’s goofy charisma to get the job done. I’m growing to love Timothée Chalamet more and more, because he’s an excellent actor while also managing to be one of those eternal teenagers, meaning he’s wonderfully awkward in real life. Seriously, watch this interview with him–the contrast between this interview and what you see onscreen says that this man deserves an Oscar right now!

Bynum’s use of cut scenes to punctuate and accentuate the over the top story and to add in the titles makes the film seem documentary-ish, in the way of The Big Short, but also like a PSA. And yet, he’s also got a style at once measured and frenetic, with moments of heavy-handedness. He uses extended, music video-esque montages alongside quietly beautiful establishing shots and scenes made of mirrored moments, each one precisely contributing to the film’s atmosphere and tone. A persistent and well-curated soundtrack bolsters that tone, imbuing the film a true sense of time and place. And I have to give a shout out to the best use of Bowie’s “Space Oddity” I’ve seen in film–at least the most cathartic one.

We have seen the plot of Hot Summer Nights before in countless films, from the aforementioned Blow to Adventureland to Goodfellas to War Dogs (albeit with guns rather than pot) and beyond, so the story is nothing inspired or new. Many critics find this off-putting, while I believe that Bynum has told us this at the beginning, so I decided to look at the way he told the story, rather than whether or not that story was new.  Nearly every familiar scene is told in a new way, so I stopped caring that I’d seen that story before. And because that story is built upon such well-drawn characterization and style, the telling is great fun.