Upgrade is proud B-movie shlock and one of the most bizarre, memorable films of the year.

Upgrade is proud B-movie shlock and one of the most bizarre, memorable films of the year.

If it isn’t one of the best movies of the year, Leigh Whannell’s Upgrade is without a doubt one of the most unique and memorable. A neon-tinged cyberpunk action-horror hybrid, it is schlocky B-movie preposterousness fused with a speculative sci-fi near-future where ubiquitous post-human technology drives our cars, looks after our homes, and turns us into superpowered cyborg killing machines.

Grey Trace (Logan Marshall-Green) is a proud Luddite mechanic still clinging to a dying analogue world while his wife, Asha (Melanie Vallejo), does that typical wife thing of stuffing the house full of the technology he clearly despises. But Grey’s suspicions are proved correct when, after an accident involving a self-driving car, a gang of cybernetically-enhanced hoodlums kill his wife and leave Grey paralysed from the neck down.

Upgrade’s efforts at early character- and world-building pay off when Grey is approached by an eccentric genius, Eron (Harrison Gilbertson), and offered an opportunity for revenge (not to mention the use of his limbs) if only he can shelve his aversion to technology. The catch is a not-entirely-legal experimental technology called Stem, which hooks onto his spine and functions as a puppeteering secondary brain that pilots his limbs and talks in a flat, robotic Microsoft Sam voice that only he can hear. 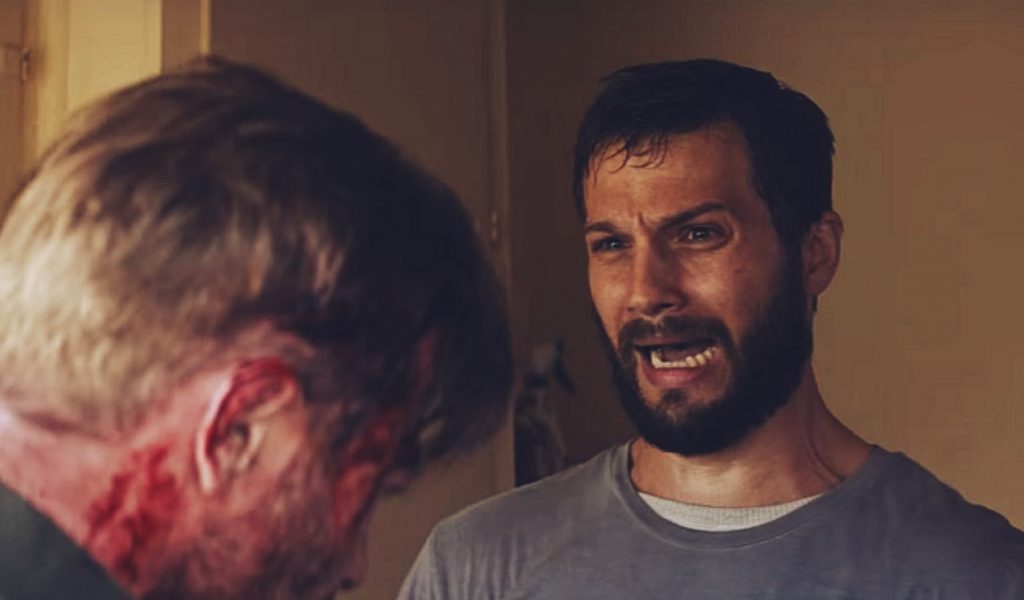 The numerous fight sequences are expertly-choreographed and winningly bizarre, as the camera tilts and pans with the protagonist’s inhumanly fast and precise movements, while Marshall-Green looks on in awe and terror as his own body commits extreme violence without his input. It’s an unsettling, memorable effect, with the build-up and payoff rooted in writer-director Whannell’s body-horror background.

The novelty of Upgrade’s gonzo conceit never wears off, even as the film’s thinly-conceived narrative gives way to predictable plot twists, a villain (Benedict Hardie) who will no doubt vindicate germaphobes everywhere, and a cop, Detective Cortez (Betty Gabriel), assigned to the case, who engages in rather tedious cat-and-mouse games with the wheelchair-bound man whom she just knows is somehow meting out untold vigilante justice.

Despite an overarching theme about the dangers of humankind’s overreliance on automation and artificial intelligence, Upgrade has little interest in exploring the deeper ideas of its dystopia, instead playing around with the comical and unusual relationship between Grey’s mind and body. I, for one, am thankful for this. Plenty of sci-fi has cautionary tales to tell of man’s dependence on machine, but rarely do they combine the thesis with batshit, gore-soaked action and old-fashioned techno-organic body-horror like Upgrade does. I know which I prefer.