“Cats, Ballet, Harvey Specter” was an above average addition to the series but Suits managed to bring back Harvey’s old wounds, which provided a satisfying episode overall.

“Cats, Ballet, Harvey Specter” was an above average addition to the series but Suits managed to bring back Harvey’s old wounds, which provided a satisfying episode overall.

“Cats, Ballet, Harvey Specter” could have easily become a dire episode. I was ready to write my recap insulting the series for going in circles over needless trivia. It turns out Suits Season 8, Episode 6 was an emotionally gripping instalment in the last quarter.

Suits continues to leverage dramatic stories around the new characters, hoping that the loyal audience buys into the new breed of hungry lawyers. Unfortunately, Episode 6 was the first week that the absence of Mike was felt, as Samantha and Alex did not bring enough punch to the story. The duo needed a reason to look important, but they remain in a loop, not making any progress for the audience to savour. Alex meandered through the episodes trying to fix the relationship between Donna and Samantha, as the two women debated whether a charity event was in good faith.

The problem with the charity event is that Donna knew the client running it – a friend of hers that she trusts. “Cats, Ballet, Harvey Specter” showed a less intuitive Donna, blinded by her affection for her friend and failing to realise the potential harm this charity event could have on young children. Suits sold the idea that not everyone is invincible, even Donna, who usually strings issues together and conjures an amicable solution. Suits did not tell us anything new about Samantha in this situation – she continues to provide half a story for her own gains. 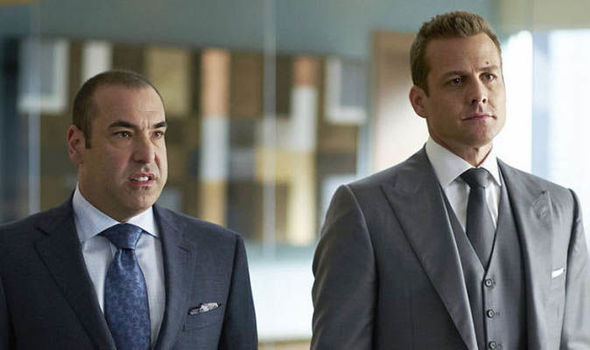 Amongst all the charity mayhem, “Cats, Ballet, Harvey Specter” was important as it highlighted the recognisable rift between Harvey and Louis; these two lawyers have always been unspoken best friends, but at times they speak like enemies. Episode 6 threw both characters into couples’ therapy after Harvey flipped out at Louis and took one of his clients. Of course, the notion of these two men attending couples’ therapy led by Louis’s therapist is bizarre, but it worked.

Suits always orchestrates this idea that hotshot lawyer Harvey has hidden vulnerabilities ready to be exposed. Whilst he has been busy dealing with his family affairs, the departure of Jessica and Mike and his recent breakup, Episode 6 reminded us that Louis is considered family as well. “Cats, Ballet, Harvey Specter” was not a brilliant episode by any means, but witnessing Harvey come to terms with Louis being important and at the same time pouring out the pain and anguish of losing those close to him was great television.

As the episode drew to the close, Suits officially introduced a brewing romance – Brian and Katrina. It is profoundly odd how Brian completely sees his relationship with his boss as friendship, which you could tell was eating away at Katrina by the end of the episode. We can only expect fireworks here, as we all know Brian has a wife and a baby.

Suits Season 8, Episode 6 is overall an above average episode, but you can appreciate the old wounds that surface.