Episode 8, “Coral Gables”, sees Samantha shooting herself in the foot and Louis exploring fertility options with Sheila in another average week for Suits.

Episode 8, “Coral Gables”, sees Samantha shooting herself in the foot and Louis exploring fertility options with Sheila in another average week for Suits.

Most of Suits’ eighth season has assembled a series of desperate acts. Samantha, Brian and Katrina want to be the next partner of the firm and Robert Zane has his fingers poised on the buttons based on whoever impresses the best. All three lawyers are applying the same method; secure a large client and that will lead to certain victory. Well, that is what the story suggests so far, and Episode 8, “Coral Gables”, was Samantha’s turn.

I’m a huge supporter of Samantha. Her character has managed to make an impact for what is otherwise an average season of Suits. She is exactly the lawyer we needed to get Harvey angry again; bold, passionate, career-driven and delivers most decisions with zero mercy. “Coral Gables” sees Samantha sweating over the partner position, forcing her to attempt to take a client off a former acquaintance – another lawyer that Harvey knows too well not to trust.

Episode 8 consisted of Samantha shooting herself in the foot. By trying to undermine this lawyer, she fails to realise he is a heavy-hitter, with a few tricks up his sleeve. He unearths a past case where she hid major evidence and if revealed, she would lose her job and most likely face criminal charges. Harvey is, of course, fuming, because going after this hot shot means she is potentially hurting the firm, and the only reason she is attempting such a large feat is because of Robert Zane.

“Coral Gables” did raise a few questions regarding her relationship with Harvey; flirty quips were traded, and a warm rivalry brewed where they both challenged each other to a heated sparring session at the gym. I am sure the purpose was not to convey images of a romance between the two but their exchanges did persuade the imagination. In the end, Samantha had to sacrifice a client in order to save face, which led to more sparring session conversations. 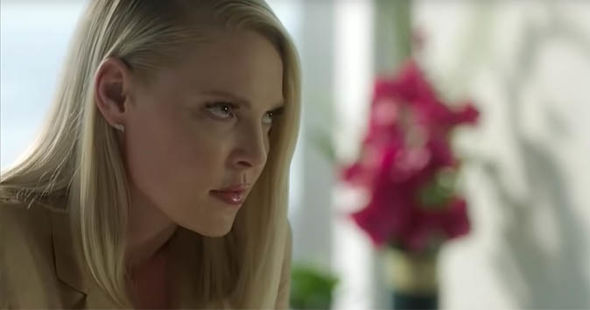 In terms of Louis Litt, he is the only character that seems to be enjoying some continuation in the story. In “Coral Gables”, Louis and Sheila decide to go to a fertilisation specialist. It is worth adding that this specialist is apparently the number one doctor in the country for this area of practice and unfortunately for Louis, it was the same person that bullied and tortured him at junior school. Again and again, the writers find a problem with this character, to the point that I am convinced Louis would have reached breaking point by now. His resilience persists and he takes it upon himself to deal with his demons with his therapist in order not to jeopardize his chances of conception with Sheila. Perhaps this was a statement of change for the character, highlighting his eagerness to change and adapt.

We do not really talk about Gretchen that much. The secretary does add well to the drama with her no-bullshit, straight to the point conversations. Unfortunately, Episode 8 sees her in a miscommunication with a courier pickup for a contract, which puts Alex in a precarious position in potentially losing a major client. In the context of the episode, this was quite a cheap side plot, serving little to be desired. Alex tried all his might to care but the story relied on Donna, in the end, to make Gretchen feel better about herself.

Anyway, as “Coral Gables” came to a close I was once again confused by the lack of imagination in Season 8. Usually, by now, there is some form of continuation to a story that is major, where you are left wondering where it will lead for the rest of the season. However, what we are left with is an episode by episode account where three lawyers are trying to impress, with the older characters having their good moments whenever they feel like. Also, at the end of “Coral Gables”, I asked myself again, just like last week, where on earth are Brian and Katrina? Come on, Suits.