On the anniversary of the Woodsboro Murders, Sidney Prescott and her friends are once again stalked by the Ghostface Killer, hungry for a sequel.

On the anniversary of the Woodsboro Murders, Sidney Prescott and her friends are once again stalked by the Ghostface Killer, hungry for a sequel.

Following up his smash hit, Scream, Wes Craven returned the next year with another meta-filled film. Much like the first film was a love letter to the classic slasher film, making implicit and explicit references to just about every classic horror film under the sun, so Scream 2 focuses on the sequel. Each character comments on the structure and technique of a sequel, arguing about what makes a good or bad one, and the unbelievable nature of horror films in general. What makes this work, ultimately, is the characters. The whole band comes back together for this second film, but the stakes are higher than ever.

Sidney (Neve Campbell) went off to college, hoping to leave the terror of the previous year behind her. The film begins with the deaths of two students (Omar Epps and Jada Pinkett, pre-Smith) at the premiere of Stab, the film adaptation of the Woodsboro Murders. Sidney is joined in college by Randy (Jamie Kennedy, in another career-defining performance), who recognizes that the two dead students share similar names with some of last year’s victims. Therefore, like Stu and Randy wanted to make a horror movie of their own, whoever’s donned the Ghostface mask has decided to make a sequel. 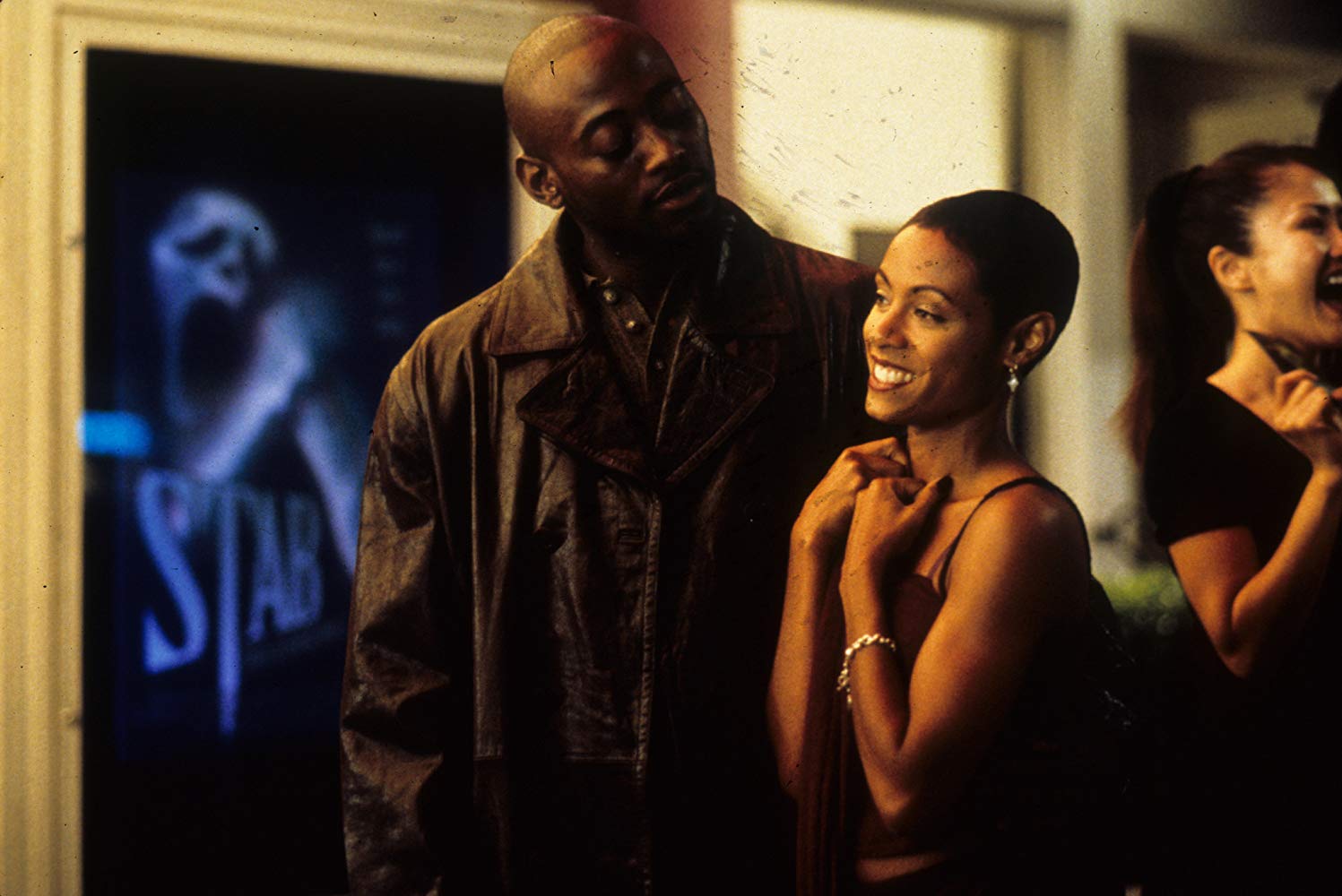 Now, the stakes have been raised: anyone can be a victim now (except Sidney, however hard they try). In fact, Sidney’s closest friends and loved ones become of particular interest, to make sure that she never feels safe. Furthermore, there’s even more question about who the killer is. No one is safe, and no one is clearly innocent, except for Sidney herself. Is it Gail Weathers (Courtney Cox), hungry for a new story? Is it Dewey (David Arquette), wanting more attention? Is it Cotton Weary (Liev Schreiber), hoping for the limelight? Is it Randy, mad that he’s never gotten the girl? 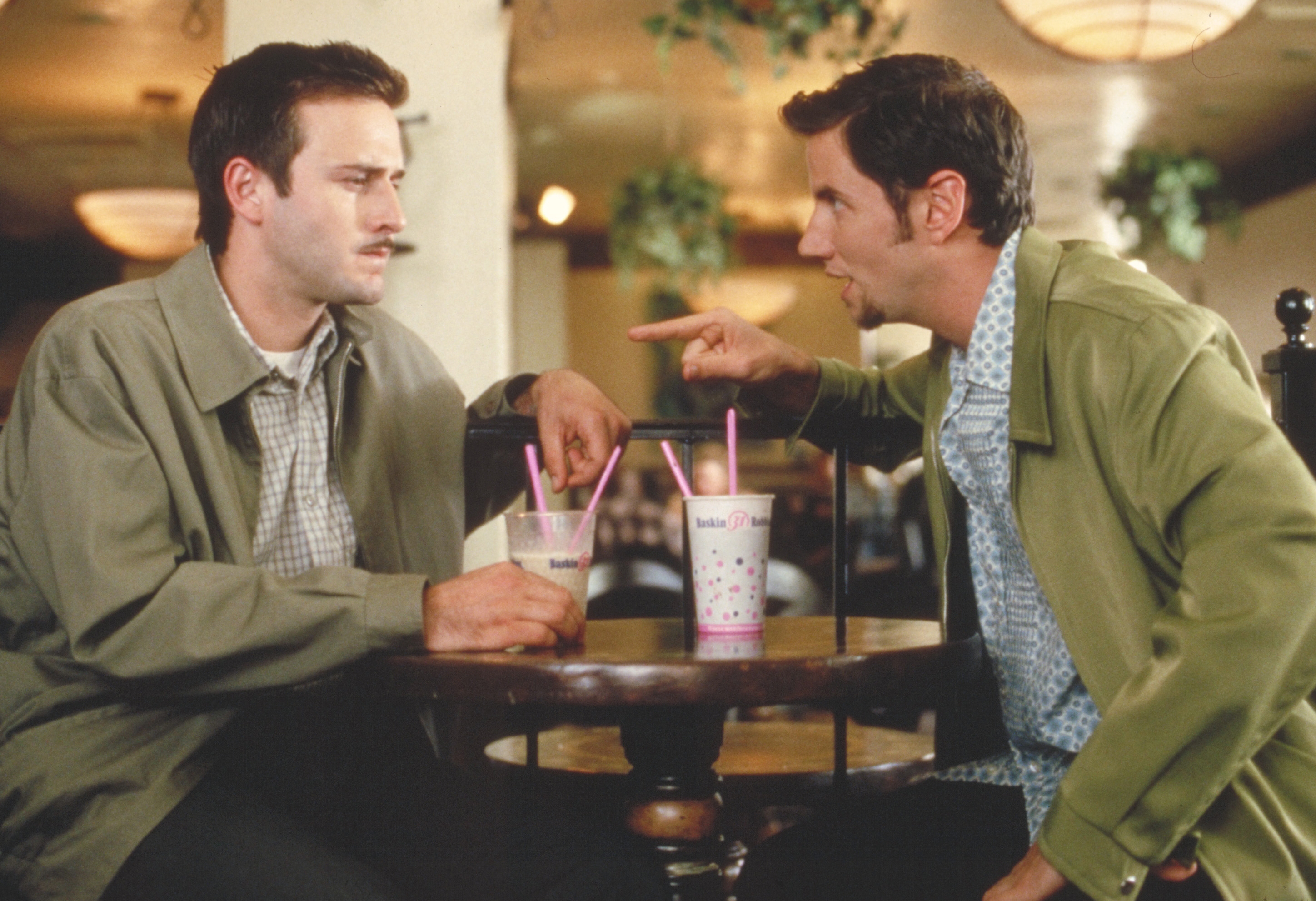 It’s almost shocking that this could work so well a second time (let alone twice more, plus a TV series adaptation), especially with only a year’s turnaround time after the runaway success of the original film. But lightning does indeed strike twice. Craven handily captures what made the first film work so well, but both playing into and upending the tropes that make sequels what they are. It aims to defy the eyeroll-causing tropes of sequels: bigger body count = better movie.

Here, that’s exactly true, but not because of the body count. We care about the characters. Sidney is the everywoman for whom we all root, the perpetual victim whose very existence seems to cause the deaths of those around her. This is echoed by the character Sidney plays in the college drama: Cassandra, the prophetess who always speaks the truth about the future, yet whom no one believes, ever. Everyone falls victim to being associated with Sidney, which is wholly unbelievable because the killer could just take her out at any moment. But that’s what makes this work, oddly. It’s unbelievable, which is why Craven has chosen this structure; because it shouldn’t work. It’s ridiculous, and the characters are written with an elevated style and deep, strange earnestness that grounds the film in an incredulous reality.