Until 1960, Alfred Hitchcock was known for his big-budget suspense thrillers. This was the man who had brought us North by Northwest the year before, and films such as Rear Window and The Man Who Knew Too Much. However, after 1960 and the release of Psycho, Hitchcock’s reputation changed dramatically. Many of us will be aware of Psycho, even if you haven’t seen the film; there is no doubt that you are aware of the infamous shower scene. Many film historians state that Psycho marks the collapse of the strict Hays Code, and the evolution of what many dub today as the “slasher” film. Perhaps more interesting is the actual true crime that inspired the film.

On 16th November 1957, America was rocked by the news of a mild-mannered farmer being arrested and charged on counts of murder and grave robbing. This man was Ed Gein, a man who up until the time of his arrest had never been in trouble with the law and kept mostly to himself. There was something about Gein’s nightmarish story which ingrained itself in American culture, and the seemingly quiet Wisconsin farm-owner has gone on to inspire horror movie plot-lines and villains ever since (he went on to inspire Leatherface in The Texas Chainsaw Massacre (1978) and Buffalo Bill in The Silence of the Lambs (1991)).

The writer of Psycho, Robert Bloch, lived just a mere 35 miles away from where the murders took place, and he was already working on the book before the news broke about Gein’s evil deeds. Bloch would go on to later explain his disbelief at “how closely the imaginary character I’d created resembled the real Ed Gein both in overt act and apparent motivation.”

Gein was arrested following the disappearance of store owner Bernice Worden, whose decapitated body was found strung up and gutted inside Gein’s home, along with a museum of terrifying artefacts. Investigators found furniture made from human skin and bones, various body parts from a second victim, and a number of clothing items made from human flesh. Although none of these facts appears in the novel and film adaptation of Psycho, aspects of Gein’s life still made their way into the source material. Gein, like Norman Bates, was a loner, socially awkward and nervous around women. Bates struggles to talk to Marion, unable to look her in the eye. Like Bates, Gein also had a strange relationship with his mother, and many of Gein’s crimes were thought to link to an unhealthy obsession with his controlling mother (his victims were middle-aged women). This is where the similarities between the two people end. Gein never ran a motel, nor did he kill any of his victims in a similar fashion to how Norman Bates did. 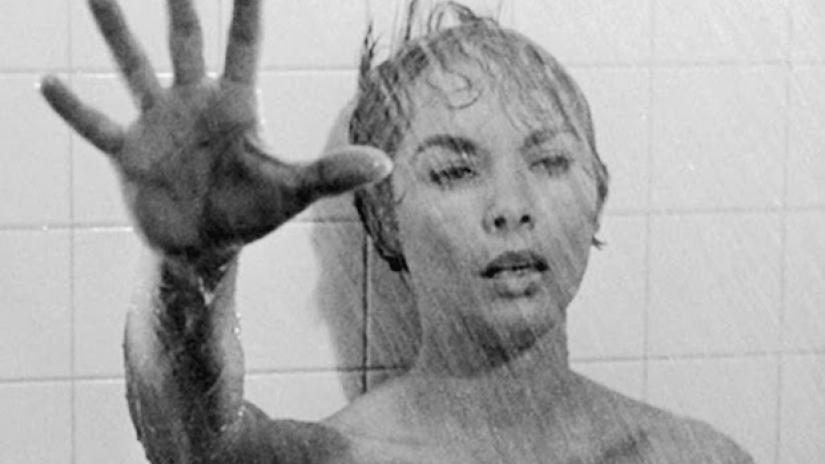 As writer Robert Bloch explained in an interview, it was the situation that inspired him. The idea of a murderer operating in a small town, under the noses of everyone else. Someone who was an outsider, but considered harmless and not deemed a threat. As Bloch explained in a documentary entitled Ed Gein: The Ghoul of Plainfield,  “Thus the real-life murderer was not the role model for my character Norman Bates. Ed Gein didn’t own or operate a motel. Ed Gein didn’t kill anyone in the shower… didn’t stuff his mother, keep her body in the house, dress in a drag outfit, or adopt an alternative personality. These were the functions and characteristics of Norman Bates, and Norman Bates didn’t exist until I made him up. Out of my own imagination, I add, which is probably the reason so few offer to take showers with me.”

At first, no one wanted to even attempt to adapt the novel to the big screen. But Hitchcock saw that audience’s tastes were changing; there was a new audience emerging, a much younger audience who wanted to be thrilled, shocked and scared. Through the end of winter 1959 and into the early months of 1960, Hitchcock, along with a small crew (made up mostly of those who worked on his TV show “Hitchcock Presents”) filmed Psycho. Everything was kept a secret, with the lot being sealed off from the press. Hitchcock was a mastermind behind suspense after all. In fact, it was Hitch who did most of the promotion on his own, forbidding Leigh and Perkins to do any interviews for fear of their revealing the plot. Even the press were denied advance screenings and were forced to see the film with the general public, which, despite possibly affecting their reviews, certainly preserved the secret. The film was a hit, and remains the most profitable black and white film of all time. Film history was changed as a result, and the taboos of showing sex, violence and nudity on-screen began to be lifted.

The real “Psycho” spent the rest of his life in a mental institution, until his death in 1984.
He became a “cult icon” in his own right. Despite being demolished, thrill-seekers and tourists flocked to the site of Gein’s secluded home. In 1958, the car used to transport his exhumed corpses was sold to carnival owner Bunny Gibbons. Gibbons charged 25¢ per photo, with the “Ghoul Car”. Gein’s grave-site on the family lot would prove an attractive prospect for souvenir collectors. The bulk of the stone was chipped away and vandalised over the years, until it was stolen entirely in 2000.

It’s not known whether Ed Gein read Bloch’s book or watched Hitchcock’s Psycho, and we may never know what he thought of becoming America’s new bogeyman. Although the violence and horror depicted in Psycho is disturbing, the real story behind the inspiration for Norman Bates is far more gruesome, proving that reality almost always trumps fiction.