Doom Room has an intriguing concept but fails to deliver on the quality. With awkward dialogue and distressingly uncomfortable scenes, Doom Room just becomes an hour and a half of back and forth between slightly interesting mysteries and completely unnecessary vulgar depictions of assault or coercion.

Doom Room has an intriguing concept but fails to deliver on the quality. With awkward dialogue and distressingly uncomfortable scenes, Doom Room just becomes an hour and a half of back and forth between slightly interesting mysteries and completely unnecessary vulgar depictions of assault or coercion.


Doom Room embodies the ideals of what could be a gripping narrative but unfortunately chooses shock factor over substance, inevitably overshadowing the entire point of the movie.

Doom Room tells the story of a woman, known to us as Jane Doe, as she wakes up inside a dark and mysterious room, filled with peculiar trinkets and sexual paraphernalia. Without memory of what happened to her she finds herself trapped in a bizarre world filled with deranged people and twisted scenarios. Over time Jane Doe begins to piece together this world, soon to discover the reason for her torment as she endures a living nightmare. Haunted by demented entities Jane Doe must figure out who she is and how she got there if she has any chance of escape. 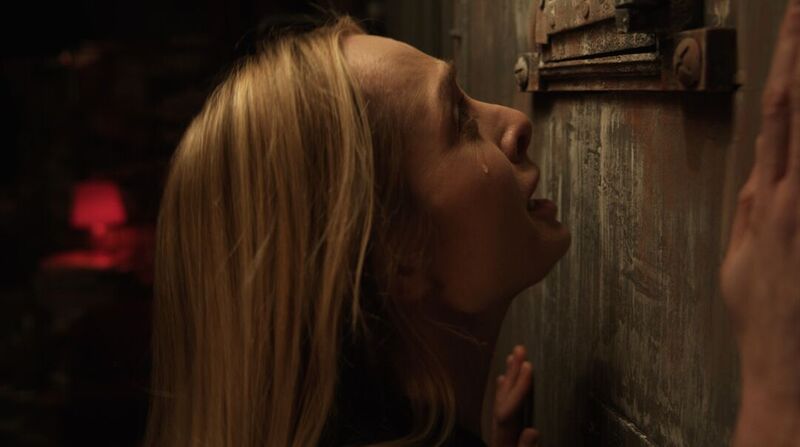 The first thing that grabbed my attention in Doom Room and unfortunately not in a good way was the quality of the set. The “Room” that holds our Jane Doe looks as though it has been created by theatre enthusiasts for a stage performance. With empty black spaces and frequent breaks in the walls, the “Doom Room” doesn’t feel like a room at all; with a great sense of space, audiences are not treated to the same claustrophobic feeling that our protagonist clearly feels. Many features of the set failed to be convincing, including that of a very fragile door, painted to look like a heavy metal padlocked door that surprisingly shook back and forth whenever someone would knock it. The set design seems clumsy and uninspiring; clearly some thought was put into props, at least, but this did not do enough to save the authenticity of the environment. 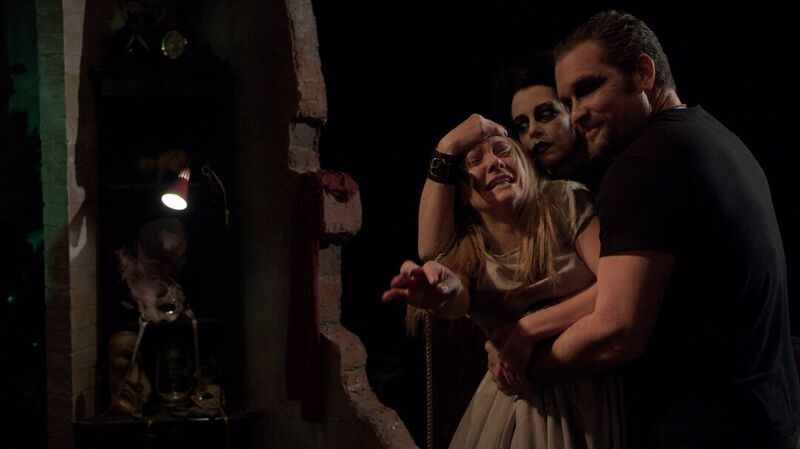 Doom Room delivered an intriguing curation of characters, some more so entertaining than others. Our Jane Doe is greeted by a variety of mysterious people, including a naive and sensitive girl with an innocent disposition, so much so that Jane Doe begins to care and feel protective over her. The audience are also handed the much more controversial and incredibly distasteful character that comes in the form of some sort of twisted Halloween costumed villains with an appeal for perversion. Each character very clearly represents an idea or personification of something from Jane Doe’s life. Although I was eager to find out which was which, the pace of the reveal became a little arduous and I began to forget that there was even a reveal to be reached.

Johanna Stanton plays Doom Room’s protagonist Jane Doe. Stanton’s performance is fickle to say the least. Inconsistent in execution, Stanton’s character turns audiences from feeling incredibly empathetic to uncomfortably cringey in seconds. I must applaud Stanton for the more distressing scenes, as her acting skills really came forward to create afflicting moments of torture. Unfortunately I cannot conclude whether it was the dialogue or the actor’s talent that brought audiences moments of awkward reaction or questionable delivery. This being said Debbie Rochon, renowned scream queen in her own right, delivers a thrilling character in the form of a sadistic wife, working to tease and torture Jane Doe as her unwilling victim. 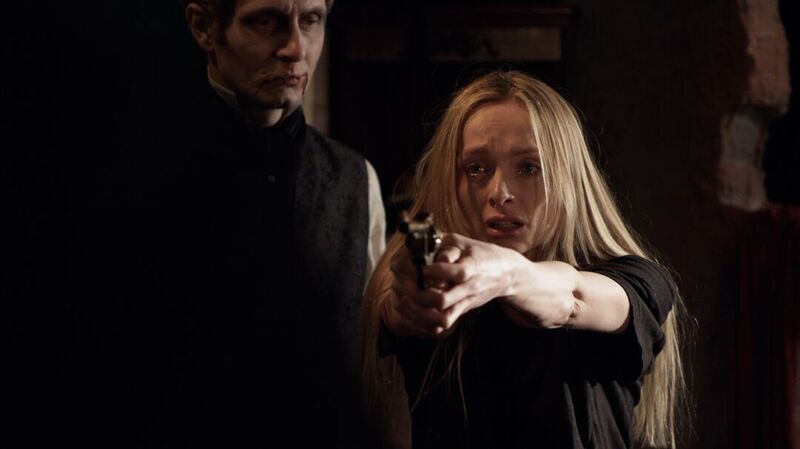 Doom Room certainly pushes the comfort zone of the viewer, exploring themes of sexual assault, sodomy, and virginity (similar to, but much less successfully than Revenge). Completely shocking in places, Doom Room is a confusing mixture of opinions towards sex; unfortunately it is not all that clear on which side of these opinions the film falls upon. Without giving too much away there is a fair amount of female nudity within the film. I point female out as even when there are sex scenes the men in the film are never exposed, with one guy having sex dressed from head to toe, shoes and hat included. The women of the movie were exposed all too often, and often feeling completely unnecessary. Personally the movie feels very perverted in nature; with vile dialogue and superfluous bodily exposure, Doom Room felt uncomfortable to watch in parts without being at all entertaining.

Overall Doom Room has an intriguing concept but fails to deliver on the quality. With awkward dialogue and distressingly uncomfortable scenes, Doom Room just becomes an hour and a half of back and forth between slightly interesting mysteries and completely unnecessary vulgar depictions of assault or coercion. The film only really paid off once I had reached its end, as I discovered who Jane Doe was and I was able to reflect more clearly on the narrative. Doom Room does have some interesting ideas of what it means to be a victim or to victim blame but, it can’t be helped to think that the same results could have been achieved through a much less crude method. I wouldn’t necessarily watch this again but feel that some viewers may find the overall debate of the narrative to be of interest.