Home » RSC Originals » Features » The West Wing at 20: Ranking the 20 Best Episodes of All Time

The West Wing at 20: Ranking the 20 Best Episodes of All Time


This ranking of the 20 greatest The West Wing episodes of all time is a multi-page feature. Please use the links at the bottom of the page to navigate through it.

1999 brought us two dramas that were influential in the entertainment landscape. One was a show that was really on no one’s radar that aired on a plucky premium cable network. They showed only someone else’s movies and was trying to create their own niche of original programming. The other had a fair amount of buzz from a very successful playwright. Who teamed with one of the hottest television producers in the nineties. They formed a partnership to bring a dull and much-maligned subject matter to a colorful network’s airwaves.

The former was The Sopranos. The latter was The West Wing. Both originally aired at various points in 1999, and they couldn’t have been more different; in fact, they were the atypical shoulder angel on one side, with the devil on the other. The Sopranos defined generations of television programs after it aired, giving birth to the Tony Soprano anti-hero tree; Walter White, Don Draper, Omar Little, Nancy Botwin, Francis Underwood, Dexter Morgan, Dr. Gregory House, and Patty Hewes couldn’t have been written without the creation of David Chase. Characters like Jed Bartlet, Josh Lyman, C.J. Cregg, Sam Seaborn, Donna Moss, Charlie Young, and Toby Ziegler, all idealistic heroes from the mind of Aaron Sorkin. These characters became passe. Practically extinct. And nowhere to be found in Hollywood. Except, 20 years later, it has become “cool” again to care openly and passionately about such things.

Simply put, good television went dark. They left behind the ideals that made The West Wing one of the last of its kind on broadcast networks that was monumentally successful. Commercially and critically. In a tribute to one of the greatest shows in television history, I have compiled a list of the top 20 episodes in the show’s seven-year run. Creating this list is like bringing home 50-60 puppies then telling 40 or more to scram. So, exceptions were made. The system was rigged. We stuffed as much West Wing goodness as one person can take. By slipping in an additional eight episodes with multiple excuses as I rationalized why it was needed.

Sadly, I still couldn’t fit in efforts like Claudia-Jean performing a number called “The Jackal.” Toby’s day of Jubilee. Why Josh’s pajamas were too big for him the entire run of the show. Danny buying the object of his affection, a goldfish. Why Mrs. Landingham feels blue around the holidays. The President’s late-night after-hours discussion on national parks. Toby asking Sam if he had tripped over something on his way into bed with a hooker. Or debating on just where did Mandy wander off to.

What I do know is that The West Wing was a show about public service. The series shaped a new generation of men and women. Who now look at that profession as a noble cause worth fighting for. In the current times we live in, Sorkin’s romantic utopian bliss was the ultimate idealistic comfort food. A show that we need back on the air more than ever. A weekly 60-minute therapy session that we would welcome back with open arms and even fuller hearts.

(Remember: Please use the links at the bottom of the page to navigate this list.)

The 20 Greatest The West Wing Episodes of All Time: Part 1 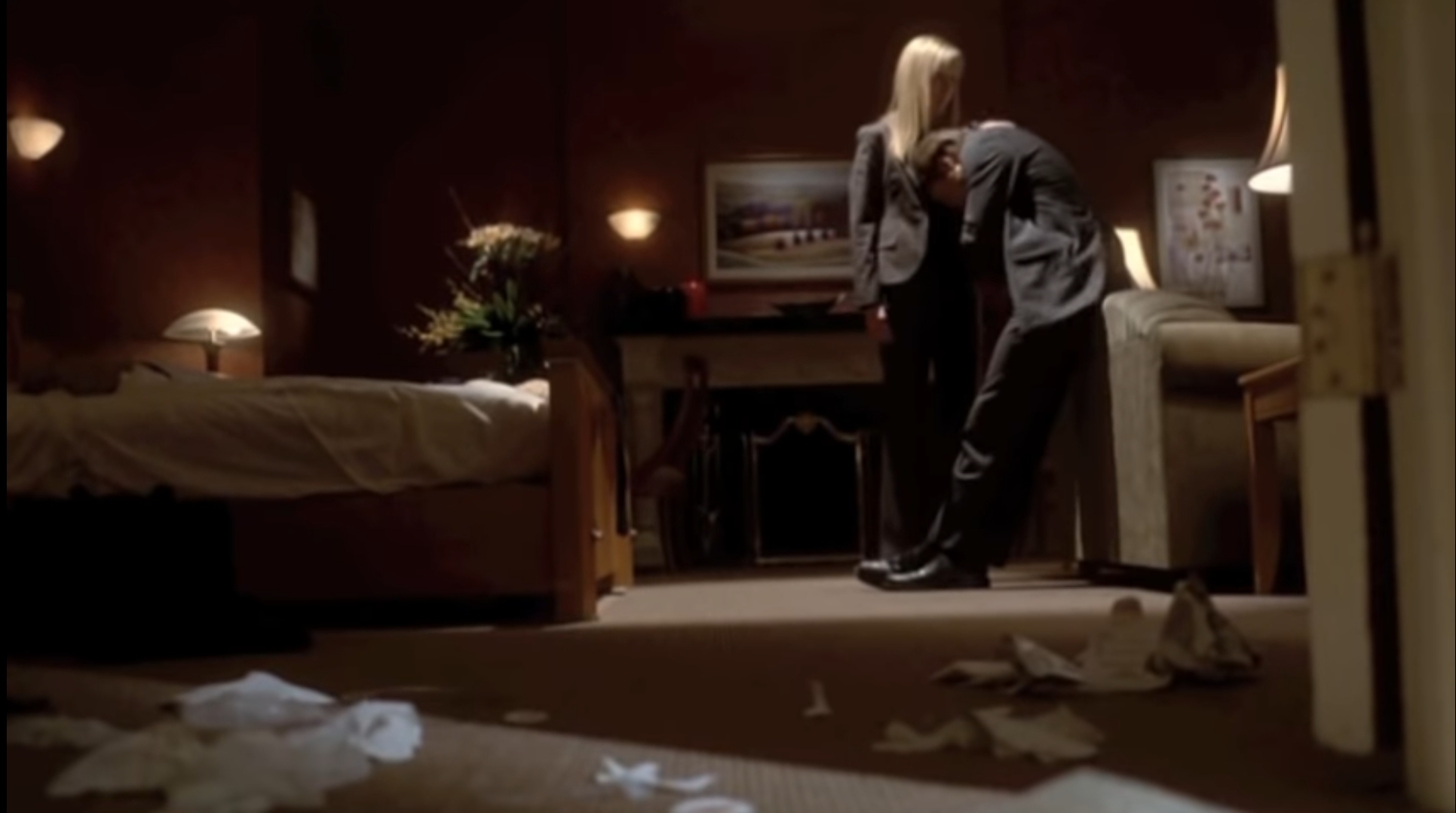 After Aaron Sorkin left, the show changed, not just in style. Still, it sorely missed the comic relief that made Sorkin’s writing so different, funny, and unexpected idealistically on network television. Seasons six and seven are dissimilar, almost a reboot if you will (I choose to look at season five as an Isaac & Ishmael-like aberration). While the laughs were left on the writing room floor compared to the first 48 episodes, the last two years were a suspenseful and interesting ride. These are the three best episodes that explored the run for the Democratic ticket and the White House; the Jimmy Smits and Alan Alda years accomplished what Sorkin never could. Show an in-depth and grassroots look at a political campaign for the presidency.

Factoid: According to Lawrence O’Donnell, a consultant on the show and later producer, the intention was for Alda’s Arnold Vinick to win. They changed the outcome after the passing of John Spencer on December 16th, 2005. 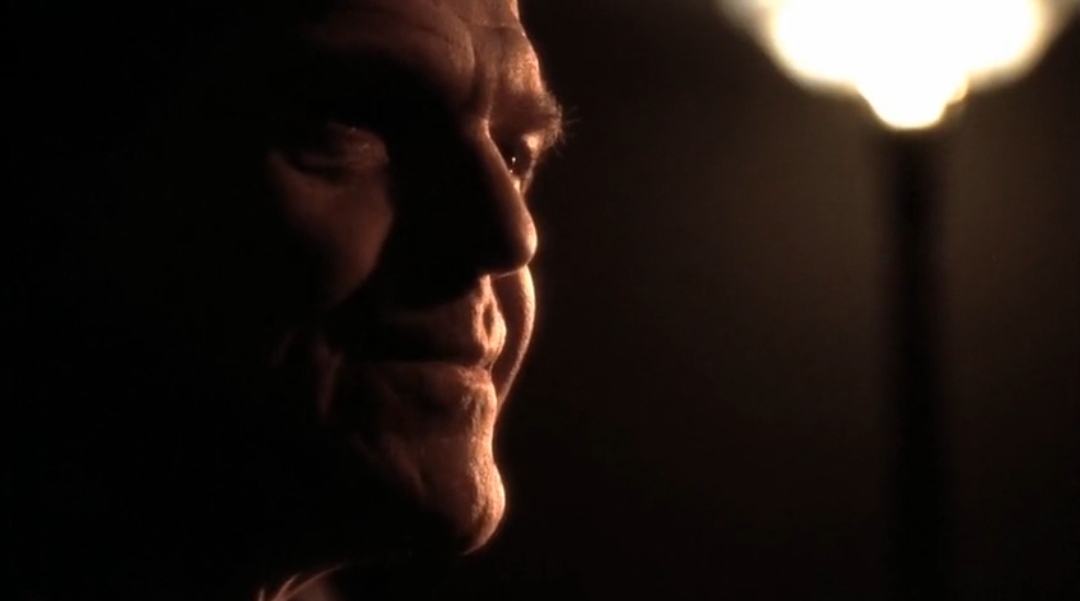 Every so often, Sorkin and Schlamme had an episode featuring a supporting player who made it all his own. Bradley Whitford was unforgettable in “Noel”; Richard Schiff was a tour de force in “Seventeen People”; John Spencer had his moment in Bartlet for America. While in a later episode telling the Republican counsel, “I take a bullet for the president. He doesn’t take one for me.” Everyone wishes they had an ally in our corner like Leo.

Factoid: This episode won an Emmy for Best Supporting Actor award for Spencer.

Notable Guest Star: Before Marvel made him the ultimate assistant to superheroes, Clark Gregg played an FBI Special Agent Michael Casper, who tells the president in his thirteen years with the Bureau, “…there’s no amount of money, manpower, or knowledge that can equal the person you’re looking for being stupid.”

Notable Guest Star #2: Dennis Haskins, AKA Mr. Belding, pops up as Donor #2, be careful. If you blink, you’ll miss him, and he’s practically unrecognizable. 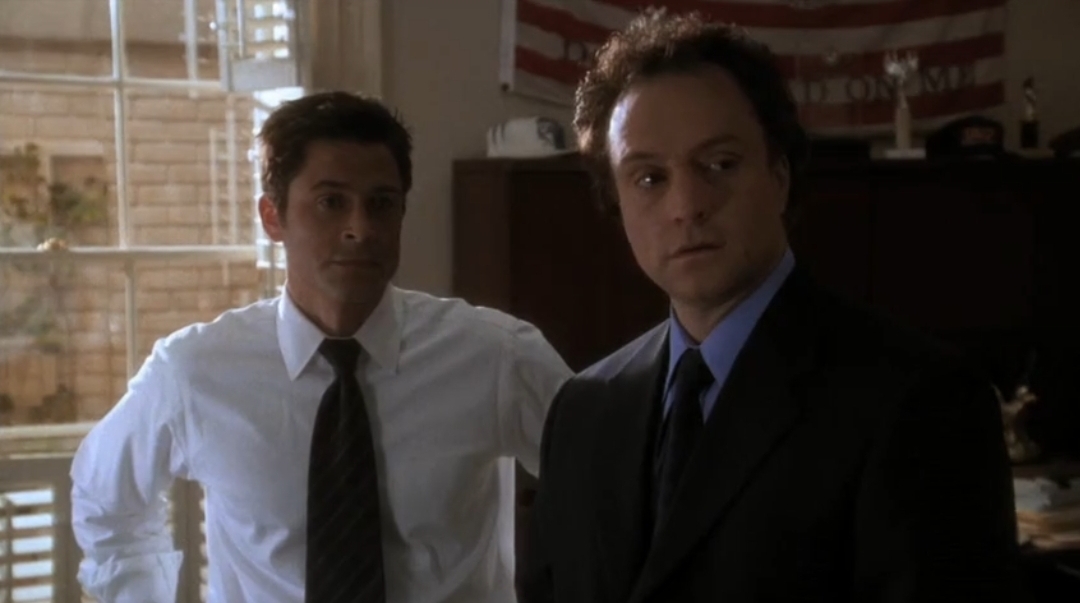 In a gigantic shift, television series usually will reveal a big twist in the pilot to keep you hooked. Sorkin changes the game by revealing that after the president collapsed from what everyone thought was the flu. Which it was. However, that the president has multiple sclerosis, Mrs. Bartlett tells Leo even a fever could kill him. 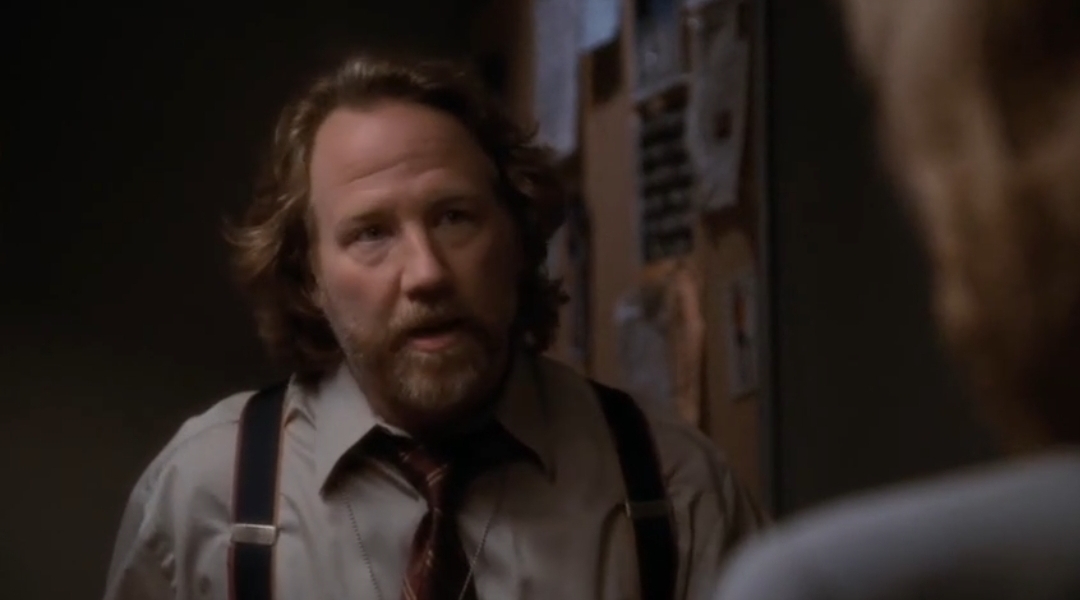 Few dramas would not just be put on display but embrace the ineptitude of their characters; That’s exactly what The West Wing did. Though, throughout the entire first season, they were stuck in the mud, so to speak, even around those hallowed halls highlighted by a speech in front of the organization of trout fishermen. With their approval rating just above our real-life current administration, the staff loved to point out that their guy was elected to the White House with less than a majority of the popular vote. Things turned around here when they Let Bartlet be Bartlet.

Best Line: “To our credit, sir, we knew it was raining once it started to rain.” – Toby explaining to the President why they were caught in the rain.

Best Line 2: “As I look over this magnificent vista…” – President Bartlet reading the speech from a prompter after they moved the event inside because of the weather. 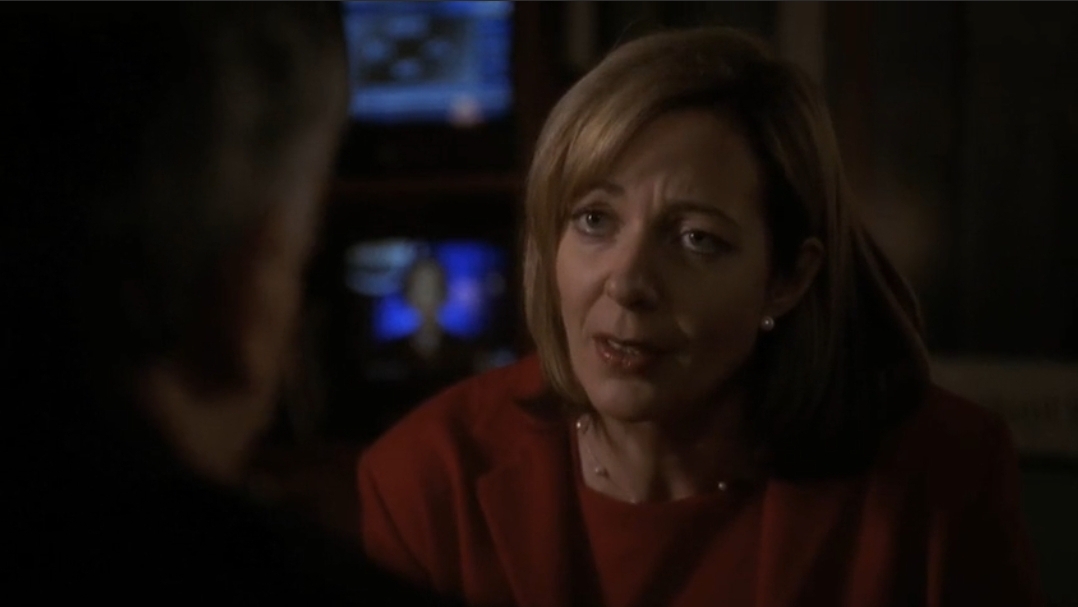 In a pair of episodes that aired separately on consecutive weeks, that can’t possibly be talked about without one another. There is a hostage situation in Columbia that the President has to resolve the night of his third state of the union address. All while the political show Capital Beat (think NBC’s Meet the Press) is broadcasting live from the White House.

Best Line: “Yeah, and it’s the BATHROBES that’s outrageous.” – C.J. to Sam after he comments how ridiculous it is that the women’s locker room has bathrobes when there are a thousand men and only around 50 women working in the White House.

3 thoughts on “The West Wing at 20: Ranking the 20 Best Episodes of All Time”