“Muluc” sees personal lives interfere with business as the worlds of the government, the MC and the cartel overlap.

“Muluc” sees personal lives interfere with business as the worlds of the government, the MC and the cartel overlap.


This recap of Mayans MC Season 2, Episode 6, “Muluc”, contains spoilers. You can check out our thoughts on the previous episode by clicking these words.

In the wake of the previous episode’s high-speed attempted rescue of Adelita (Carla Baratta), Lincoln Potter (Ray McKinnon) and Agent Linares (Efrat Dor) begin “Muluc” with speculation about what happened. Nothing about it makes much sense, but you never know what’s going on in Potter’s addled little brain; the cogs are always whirring. Before long, Alvarez (Emilio Rivera) is captured by the mercenaries, and Nestor (Gino Vento), is T-boned during the pursuit. The Galindo cartel is two men down just like that, and it isn’t immediately clear who’s pulling the merc’s strings — although it isn’t difficult to guess.

Alvarez is not treated well by the mercs. They beat him, waterboard him and pull his fingernails off. Eventually, he agrees to narc on his brothers, but naturally, it’s a sneaky signal to let the MC know what’s up. Galindo (Danny Pino), Nestor, and the Mayans unite to form a rescue squad, along with Happy (David Labrava), who happened to be at the clubhouse delivering coded documents to Angel (Clayton Cardenas) and EZ (JD Pardo) about the order to assassinate their parents. The intel suggests the Galindo cartel were responsible, but nothing much is made of it in Mayans MC Season 2, Episode 6 — something for later in the season. Happy reasons that Jax would want him to help free Alvarez, so away he goes. 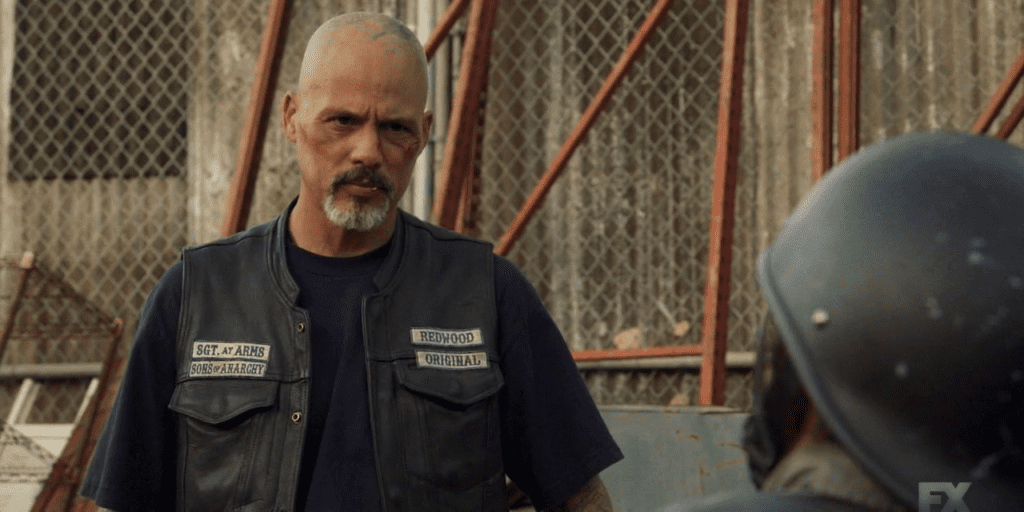 Coco (Richard Cabral) provides overwatch as the rest of the gang free Alvarez from captivity, doing him a bit of a solid by allowing him to beat his primary tormenter to death with a big wrench. As Alvarez says, he probably should have learned some Spanish.

The other plot of “Muluc” is Emily’s (Sarah Bolger) Agra Park project, which has hit a snag thanks to a Chinese competitor bribing someone in City Planning. First Emily gets testy with her friend Ileana, then turns to EZ for help in intimidating the nerd from City Planning. He visits the man, but his attempts at resolving the situation peacefully don’t exactly pan out. A struggle ensues, the man draws a gun, and he ends up shooting himself under the chin — the suicide alibi writes itself, but you have to imagine this will have some unforeseen consequences for everyone. Mayans MC continues to blur the lines between personal and professional, leading to unpredictable drama each week. Hopefully, it continues to impress.