“The Kwon Conspiracy” scarcely had a dull moment, even if the reason behind its overload of action remains unclear.

“The Kwon Conspiracy” scarcely had a dull moment, even if the reason behind its overload of action remains unclear.

This recap of Treadstone Season 1, Episode 2, “The Kwon Conspiracy”, contains spoilers. You can check out our thoughts on the previous episode by clicking these words.

“The Kwon Conspiracy” put the pedal to the metal and never let off the gas as it capably delivered more international intrigue and time-hopping theatrics, but precious few concrete answers to why any of this is actually happening. But while it’s happening we might as well enjoy it, even if credulity is strained a fair bit throughout Treadstone Episode 2.

The 70s plot enjoys some complications, as Bentley (Jeremy Irvine) returns to the CIA as a half-baked Russian agent who can’t be trusted; he promptly finds himself in a Captain America-style elevator fight and on the run again, this time from his own people as well as the Russians. And his escape is causing problems for Petra (Emilia Schüle), even if her theatrical telling off by Yuri (Julian Kostov) is a ruse to throw the KGB off the scent that they’re lovers.

We’re yet to see Bentley in the present day, but older Petra (Gabrielle Scharnitzky) makes a reappearance in “The Kwon Conspiracy”, setting out on her own mission and finding the world of espionage she remembers radically different. An old associate assures a sit-down meeting with her and Yuri which I can virtually guarantee won’t happen, and I’m willing to bet that Petra’s arc becomes her loyalty to Russia vs. the reality of her abandonment by the Motherland. 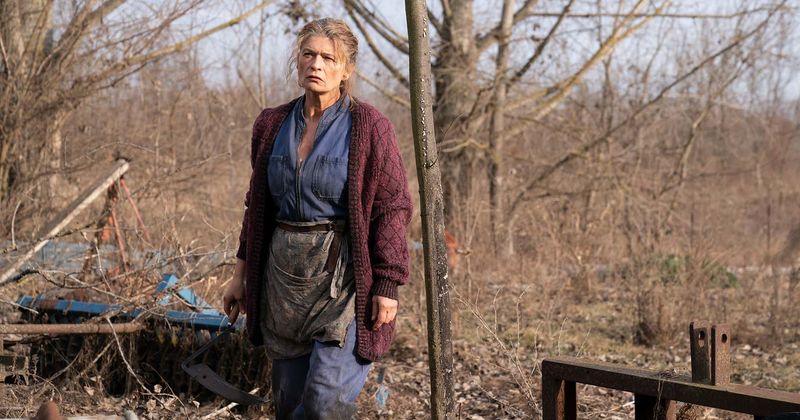 Tara (Tracy Ifeachor) found herself in a difficult position in Treadstone Episode 3, having been told by General Kwon to definitely not trust the CIA but being tipped off by Matt (Omar Metwally) about the imminent arrival of North Korean agents sent to off Kwon’s daughter, Jang-Mi (Jini Lee), before she can get her to safety. And getting her to safety proved difficult in itself. First, she had to wave around the locket and break the news that the General was dead, then she had to navigate an impressive-looking car chase that was clearly nodding in the direction of a similar Paris-based one from The Bourne Identity.

And then there’s SoYun (Hyo-Joo Han), trying to make sense of her predicament in a politically tumultuous North Korea, and she continues to be the most intriguing character for me, even if “The Kwon Conspiracy” gave her less cool stuff to do than the premiere did.

Treadstone Season 1, Episode 2 was a decent follow-up to that premiere, doing the same things well while retaining that impenetrable air of mystery around what’s really going on and why. The show is remarkably silly at times — are journalists taught to drive like that at college? I wasn’t — and perhaps too ambitious for its own good, but I’m a sucker for this kind of pop espionage twaddle and I’d be lying if I said I didn’t like what I’ve seen of it so far.