“Team Formed!” sees the two national sides being assembled for the next phase of the tournament, even if some alliances can’t possibly hold.

“Team Formed!” sees the two national sides being assembled for the next phase of the tournament, even if some alliances can’t possibly hold.


This recap of Baki season 3, episode 4, “Team Formed!”, contains spoilers. You can check out our thoughts on the previous episode by clicking these words.

We begin where we left off, with Biscuit Oliva celebrating after crushing a Sea King into a little package of twisted limbs. The floor is immediately filled by Sea King Chin and Sea King Jaku, the only Japanese Sea King. It’s one nation versus another.

This fight quickly takes a funny turn, though, as Jaku attempts to recruit Chin as an instructor at his school in Japan. He plans to take him as a prize for winning the tournament and makes a decent argument that he might do so by quite easily dislocating Chin’s shoulder.

Baki, meanwhile, talks with Yujiro backstage. These two clearly have some parental issues to work out. Baki antagonizes his father into choking him through a wall, which presumably wasn’t the outcome he was expecting. 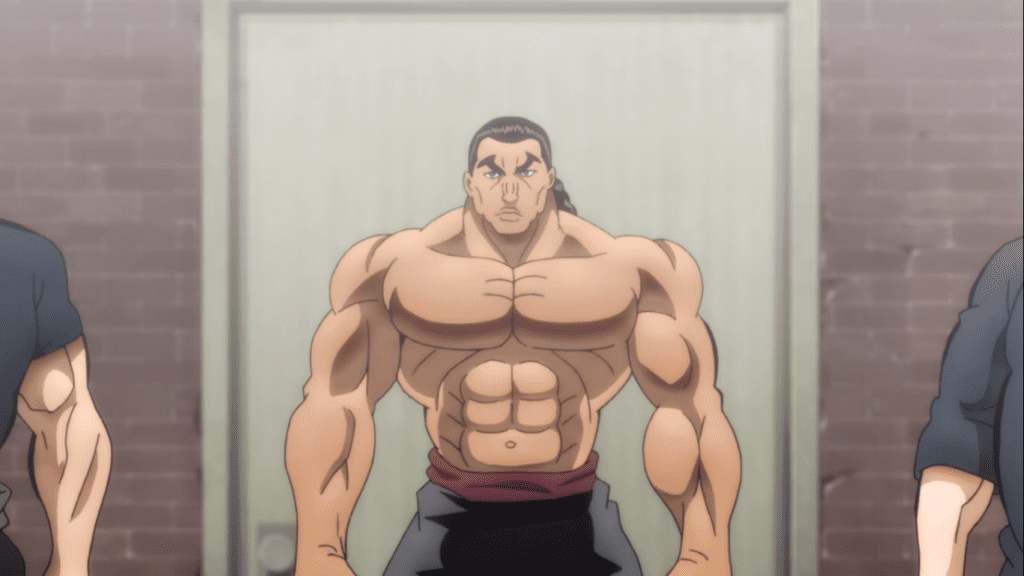 There are two matches left in round one. Next, Sea King Son takes on Retsu, who’s in a very bad mood after what happened to Ryu. Son is so jacked he can flex his fingers such that they snap his rings. They begin to fight using their grip, and Retsu despatches his opponent easily. Backstage, Retsu tells Kaku and the ministry that he’s disappointed by the level of competition. The old man says they are the only two Chinese competitors remaining. He blames the scandal on the ministry and cuts off their hands as punishment. Kaku is determined that the Sea King title not be handed over to outsiders. He brings in his son, Shunsei, and his friend Ron. He plans to make a team of Chinese Allied Powers and add these two names. The Chinese team will take on the Japan-U.S. victors.

Retsu presents these terms to everyone else, and they’re agreed without much fuss, mostly thanks to Yujiro, who is nonetheless determined not to accept a Chinese “perfect win.” He asks Baki if he’ll work with him against Chinese Kenpo, and however much Baki hates his father, he thinks he makes a good point. A rival team is formed under Yujiro.

The first match under these new conditions is Biscuit Oliva, the man of unrivalled strength, versus the undefeated Ron, who keeps his hands in his pockets all the time. The crowd are mad for Oliva’s steroidal physique, and he hammer-fists the top of Ron’s head hard enough to sink his feet into the ground. But Ron is unfazed, and the fight begins in his favour as Baki season 3, episode 4 ends.