Baki season 3, episode 8 recap – “The Title of the Strongest”

“The Title of the Strongest” brings the tournament storyline to an end in unusual circumstances, though the crowd leaves satisfied nonetheless.

“The Title of the Strongest” brings the tournament storyline to an end in unusual circumstances, though the crowd leaves satisfied nonetheless.


This recap of Baki season 3, episode 8, “The Title of the Strongest”, contains spoilers. You can check out our thoughts on the previous episode by clicking these words.

“The Title of the Strongest” continues the fight between Yujiro and the Sea Emperor Kaku. Yujiro is overconfident, convinced of his own superiority, disgusted at the idea of inherited mysteries, tricks, and secrets. He begins to take over the fight, much to the enjoyment of Baki, which Retsu reprimands him for. But Kaku is far from beaten. He sees the face of a demon in Yujiro’s back muscles and understands that he stands somewhat apart from everyone else. He begins using an original style that seems to have no effect on Yujiro, who doesn’t resist. Yujiro eventually retaliates, but Kaku dies from old age, sending Yujiro into a frenzy.

After the fight, Kaku sits up. He explains how he faked his death in order to stop Yujiro’s killing blow. “There’s no better self-defense than death.” When he sensed he couldn’t win, he feigned death to deprive Yujiro of a victory. It isn’t fair, but martial arts aren’t fair. 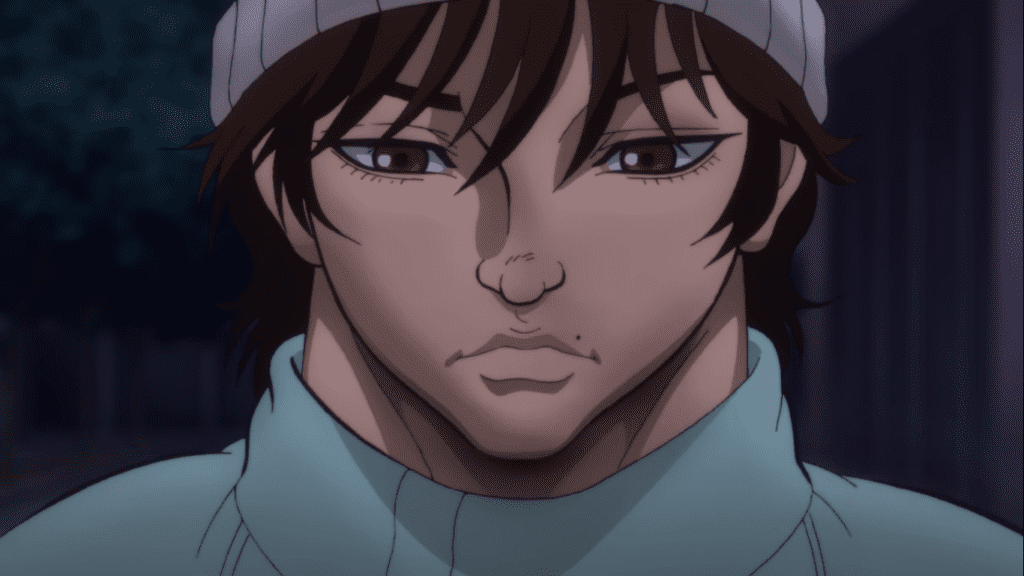 Thus, after all this, the audience left satisfied, but the tournament ended without a clear conclusion. Kaku speaks with Yujiro and refers to him as Sea Emperor, telling him that he approves of him, and so will everyone else — if they don’t, it isn’t like they will dare to challenge him. Yujiro doesn’t need the title, the sentiment is enough.

Back home, Baki goes running and pays a visit to the old tree he has watched over since childhood. Mohammad Alai Jr speaks with him there and requests a showdown, but Baki refuses. He’s done with fighting; who’s stronger and who isn’t doesn’t interest him anymore. But as he leaves, Alai Jr mutters that they will fight one day, and it will be Baki who wants it. That’s where Baki season 3, episode 8 ends.