Lost Bullet has its fair share of decent action, but everything surrounding the fights and chases is as thin and formulaic as such things get.

Lost Bullet has its fair share of decent action, but everything surrounding the fights and chases is as thin and formulaic as such things get.

A great action film is a fine thing, but a bad one, or even a mediocre one, becomes an insufferable bore perhaps more than any other genre – and I say that as the resident RSC action aficionado. Unfortunately, Lost Bullet, or Balle Perdue, falls into the latter category; it’s a bland, thin, formulaic genre vehicle that sticks around just long enough to be grating before speeding off to an overlooked fate among Netflix’s crowded thumbnails.

Its small-time criminal protagonist Lino (Alban Lenoir) could have been plucked from about a dozen other films. A convict mechanic full of concern for his brother, reluctantly working with the police before being framed for a murder – if you’re playing cliché bingo, you’re in luck. With only 90 minutes to work in, there’s little time for anything resembling depth, development, or real intrigue. While there’s some talent among the cast, it’s underserved by nothing supporting parts that strike even less of a chord than Lino himself. 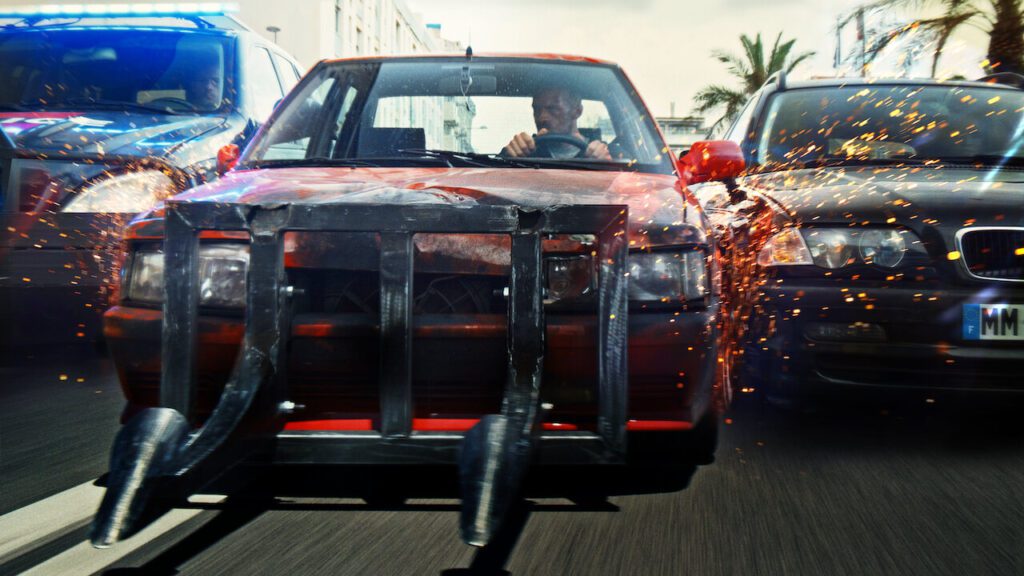 Of course, the action genre has an advantage – not all of this stuff has to matter so long as the action itself is of a certain quality, and Lost Bullet earns its second review star with some well-placed and largely well-constructed fight and chase sequences. For once an action flick isn’t overstuffed, but for once, since the plot and characters are so worthless, you kind of wish it was. What’s here, though, is perfectly serviceable, especially the vehicular action, even if it’s limited somewhat by how hard it is to care about the surrounding context.

Thankfully, Lost Bullet doesn’t outstay its welcome, and its singular focus makes it a decent proposition as the kind of unchallenging mush-brained entertainment you throw on after a long day at work or something. It doesn’t stand out in its field but it also doesn’t disgrace itself. That, though, is the kindest thing that can be said about it.