Two Weeks to Live has a game cast, but too few jokes and new ideas make it a goofy pastiche without much of its own identity.

Two Weeks to Live has a game cast, but too few jokes and new ideas make it a goofy pastiche without much of its own identity.

Things aren’t going especially well for Maisie Williams, are they? Not artistically speaking, anyway, since the final season of Game of Thrones was dramatically fraudulent garbage, and The New Mutants has finally released after years in limbo and turned out not to have been worth the wait. Unfortunately, Sky’s new black-comedy Two Weeks to Live isn’t very good either.

The good news is that it isn’t outright bad, and in fact has some moments that are really quite good, many of which involve Williams, who here lends her perplexingly youthful face to the role of Kim Oakes, a hapless but dangerous twenty-something who has spent far too long cooped up in the woods with her doomsday-prepper mother, Tina (Sian Clifford), following the death of her father. In the first of the show’s six half-hour episodes, we meet her with a Bible-thick bucket list on a belated tour of the real world, where she quickly meets brothers Jay (Taheen Modak) and Nicky (Mawaan Rizwan). 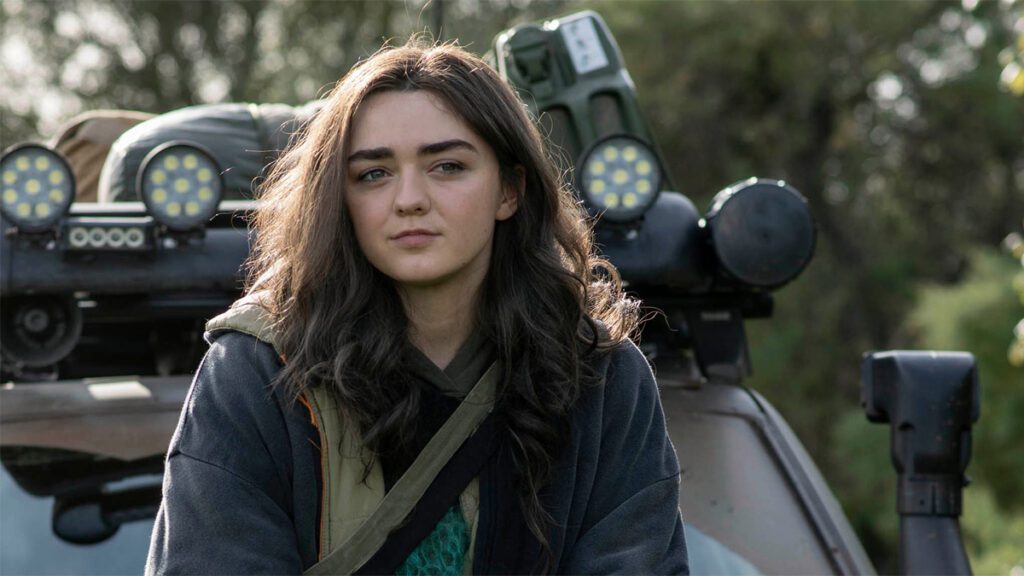 Jay and Nicky mean well, especially the awkward Nicky, but Jay’s a bit of a geezer and decides it’d be hilarious to sucker Kim into believing the world’s about to end in a fortnight thanks to a hastily cooked-up prank video. It might have been funny had Kim’s bucket list not also included revenge for her dad’s death, which she immediately makes her most pressing concern, and before long all three of them are embroiled in a slapstick revenge comedy that mistakes silliness for jokes.

That silliness is there in Two Weeks To Live right from the off, but it only gets dafter. Williams is good as the clueless fish out of water who keeps notes of important pop-cultural fixtures she should check out like Captain America in The Winter Soldier, but the script can’t keep track of how much she’s supposed to be aware of, so the gimmick is inconsistent. Virtually every character is a thin archetype with little development, which chafes up against the game cast’s solid efforts in bringing them to life. You’ll enjoy the performances, but you’ll also probably wish these actors had a bit more to actually play.

At a scant twenty-five minutes an episode, though, Two Weeks To Live doesn’t afford much room for that, or really anything else. The pace is breezy, but the whole thing’s built on ideas and dynamics that would have benefitted from more time and exploration. Now and again an action set-piece will take up half an episode, but while Williams can hold her own in that regard and the show has a lot of fun with it, there are too many neglected story elements as it is. A really obvious nod to Game of Thrones during one of those fights only made me even more aware of how much this show is leaning against the gimmick of Maisie Williams working through a list. Suddenly the entire endeavor seemed two weeks too long.