Your Honor season 1, episode 3 recap – what happened in “Part Three”?

“Part Three” is pretty frustrating, as Adam seems absolutely determined to implicate himself, but there’s still a compelling story being told around him.

“Part Three” is pretty frustrating, as Adam seems absolutely determined to implicate himself, but there’s still a compelling story being told around him.


This recap of Your Honor season 1, episode 3, “Part Three”, contains spoilers. You can check out our thoughts on the previous episode by clicking these words.

“Part Three” gave me a strong case of the I-knew-its. A condition characterized by a film or television show doing the exact things you feared it might but hoped it wouldn’t, there’s no known cure, and many artworks never recover from infecting their audience with it. There’s still plenty of time for Your Honor to veer in a less infectious direction, of course, but this latest hour was a frustrating one, characterized mainly by me rolling my eyes and heavily sighing “I knew it” to myself in various configurations.

The problem is Adam Desiato. And, look, I get it – dude ran someone over, killed them, and fled the scene. In its first two episodes, Your Honor went to decent lengths to highlight several important links in that chain of events: The clear severity of the asthma attack means the accident was entirely that, an accident, and not a result of drink-driving or speeding or some other kind of negligence; the fact Adam tried to help Rocco, however ineffectually, shows that leaving him to die wasn’t his first instinct. But on the flip-side, Adam did indeed leave Rocco to die, and then took the matter to his absurdly well-connected father with the implication – unspoken though obvious – that it would all be made to go away. That was his first instinct, and right or wrong, it was at least understandable.

As it turns out, though, this doesn’t exactly mesh with Adam’s conscience and rapidly-burgeoning sense of guilt and despair. He can’t deal both with what he did and the lengths his father is going to in order to cover it up. This, too, is understandable. But it makes the experience of watching Your Honor almost unbearable at times, so determined does he seem to implicate himself and thus his father. His moping in “Part Three” drove me nuts, because his characterization feels contrived, as though the show is using his indecision and increasingly stupid penchant for photographing incriminating evidence to manipulatively build suspense rather earning it. He spent most of the hour trying to actively undo all his father’s hard work in covering things up. 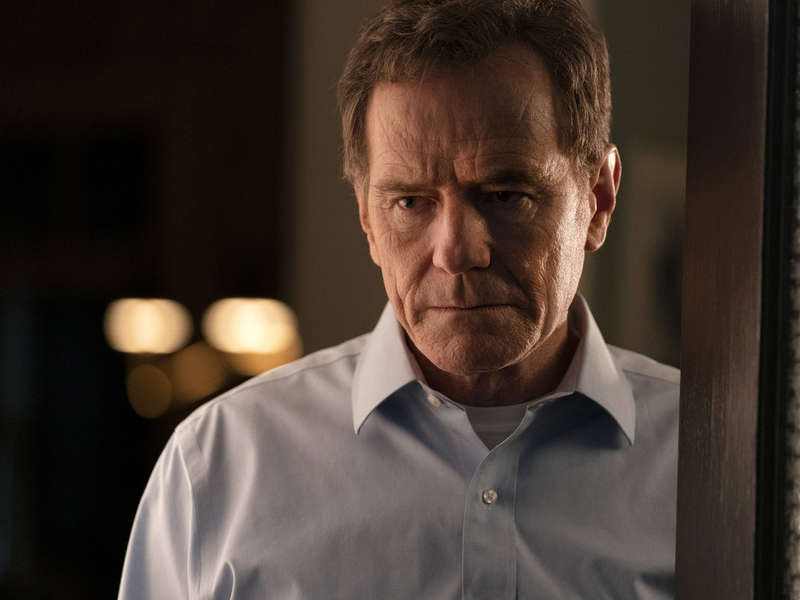 The real tension in a show like this should come from a good man violating his own beliefs and principles for the sake of his son, and finding out it’s much harder to do that than it seems, both morally and logistically, thanks to the determined efforts of someone like Nancy Costello and the fickle whims of fate – exactly the kind of thing that landed Kofi in prison for attempting to dump Robin’s car. And, admittedly, “Part Three” has some of that stuff. But it also has a distressing amount of Adam essentially compiling a case against himself.

This seems largely unnecessary in the face of what has already been established about the Baxter family, especially this week, since the introduction of Carlo Baxter (Jimi Stanton), another of Jimmy’s sons, this one imprisoned for a violent attack on a Black gang member, and the chance for Jimmy’s hilariously overwrought mob wife Gina (Hope Davis), who seems more determined for payback than even her husband, to start pulling some strings to get Carlo transferred to the same prison as Kofi – a feat she accomplishes rather easily, all things considered, and which even Michael’s efforts can’t prevent.

What’s going on inside is easily the strongest aspect of Your Honor episode 3, since it ends with Kofi making the decision to introduce himself to Carlo, which is going to require a confession of some or all of the details that landed him in there – details that will implicate Michael. That sense of a rolling snowball gaining more and more mass as it goes is felt very strongly there, and it totally works. Adam dancing in slow-motion to “Love Will Tear Us Apart” like Joaquin Phoenix’s Joker for no reason whatsoever? Not so much.

Thanks for reading our recap of Your Honor season 1, episode 3, “Part Three”. For more recaps, reviews, and original features covering the world of entertainment, why not follow us on Twitter and like our Facebook page?