Your Honor season 1, episode 4 recap – what happened in “Part Four”?

“Part Four” parallels the on-going breakdown of two families as tensions continue to escalate in the wake of another lost life.

“Part Four” parallels the on-going breakdown of two families as tensions continue to escalate in the wake of another lost life.


This recap of Your Honor season 1, episode 4, “Part Four”, contains spoilers. You can check out our thoughts on the previous episode by clicking these words.

Michael Desiato and Jimmy Baxter aren’t that different when you think about it, and “Part Four” of Your Honor goes to great lengths to highlight this fact. Both are powerful men for whom family means everything. One is trying to protect a son while the other is trying to avenge one. One laments the loss of his wife and the other is lamenting the continuing presence of his. Both are surrounded by people — particularly their own children — who just won’t listen to reason. And both are, it seems, on a collision course, despite their best efforts.

This is what “Part Four” is getting at by paralleling two families spiraling into complete disrepair. The inciting incident is the death in prison of Kofi, which we don’t see and which I frankly didn’t expect at the climax of the previous episode, but we do see his bloated and battered corpse for confirmation that Carlo Baxter did indeed beat him to death with only days left on his sentence. Jimmy is devastated that he’d do such a thing — that is jeopardize his own freedom, not kill someone — when he was handling the matter himself, but Carlo plants a seed that fruits throughout the episode: “That’s not what mom said.”

Yes, as you’ll recall, it was Gina Baxter who set the wheels in motion for Kofi’s death, and Jimmy doesn’t handle her taking matters into her own hands very well. Luckily for Carlo, Sheriff Ray Royce (John Pirruccello) isn’t keen on the idea of homicides occurring in his jail and the federal intervention that would surely follow such a thing, so Carlo is to be transferred back to where he came from to serve the remainder of his sentence, having literally gotten away with murder. That, though, doesn’t solve the problems at home.

The callous disregard that everyone seems to have for Kofi is a thread that runs throughout the entirety of “Part Four”. To Royce and several others, he’s just a drug dealer, hence why nobody bothered to inform his family of his death or really dig into what caused it. Royce gives the medical examiner a not-to-subtle nudge to keep the cause of death as “undetermined”, despite the obvious evidence of blunt-force trauma. When Michael and Lee, who are still continuing their romantic relationship, later visit with his family, that’s when the real human consequences are felt. And it helps the ending to land with more impact, but more on that soon. 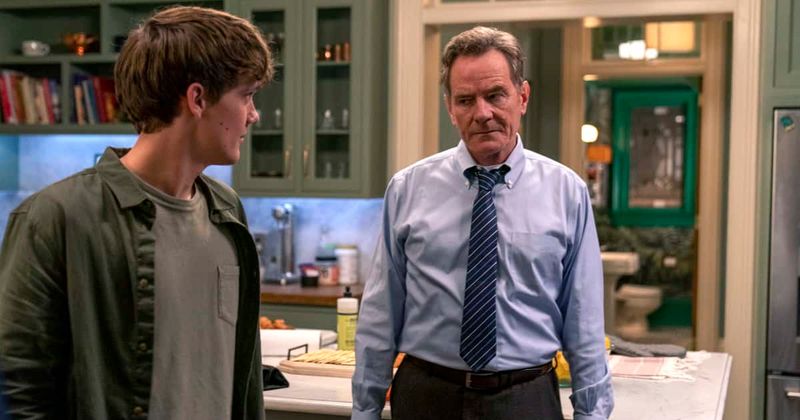 The conversation itself deserves a look first since it reinforces some of the things that Your Honor is trying to do — for one thing, its continued condemnation of law enforcement and politicians. Michael is a judge who is going beyond the law to protect his son. Charlie sees everything as a facet of his bid for re-election. When Michael’s senator mother-in-law Elisabeth (Margo Martindale) later arrives at Adam’s school after he gets into a fight, she makes them flout their expulsion rules to protect him. Royce is flagrantly corrupt. While talking with Michael and Lee, Kofi’s mother tearfully whispers that “it’s a secret. The police, they kill n*ggas,” though I’m not sure how well-kept Your Honor episode 4 expects us to believe that secret is.

Conversely, Desire, the gang that Kofi claimed membership of, has been reliably depicted as something of a benevolent force in the underserved community that officialdom continues to neglect. When asked if they might have been responsible for Kofi’s death, his mother won’t have it, considering them family. Later, we see a member give Eugene (Benjamin Flores Jr.), one of the younger family members, a big wad of cash for groceries. Admittedly this gift has some strings attached, but it’s a gift nonetheless — the only one they’ve had.

Kofi’s death hangs heavily on his relatives, but perhaps even more so on Adam, who continues to mope around, lash out, and make awful decisions. As Frannie tells him, “Sometimes there are truths worth lying for.” But he obviously doesn’t see it that way. After Elisabeth takes him home, he mentions the cop, Nancy, who won’t let Robin’s death go, and Elisabeth invites her to dinner. Eventually, Michael arrives with Charlie, and then Lee calls over. The strained family dinner is a classic device, and it’s used to great effect here. Margo Martindale is excellent as Elisabeth, interrogating Lee about why she’d call to see Michael at home, and forcing her to openly discuss the case she ostensibly came to talk to him about. Adam, needless to say, doesn’t handle the idea that Kofi was tortured by the police very well.

It’s during the dinner that Django finally pulls the bloody garment from under the dresser, or more accurately draws Michael’s attention to it so he can pull it out in front of all the attendees. “Is that blood?” Nancy asks, but he immediately diverts attention by apologizing to Elisabeth for failing to keep in touch and following Adam, who stormed off, outside. They have another argument about Adam’s dumb decisions, during which Michael crosses what one assumes is a personal line by finally admitting, out loud, that the law is what he decides it is.

That’s perhaps just as well since Jimmy seems to operate on the same principle. He spends a lot of “Part Four” trying to sway his daughter, Fia (Lilli Kay), back to the Lord, since Rocco’s death has obviously shaken her faith somewhat. Things between him and Gina are still tense. We don’t see any closeness between them until the very end when they embrace on a balcony as we see Eugene returning home with the groceries. Just as he’s about to make it home, the house explodes, something obviously ordered by Jimmy. Perhaps in crime families, that’s all it takes to smooth out a marital dispute.

Thanks for reading our recap of Your Honor season 1, episode 4, “Part Four”. For more recaps, reviews, and original features covering the world of entertainment, why not follow us on Twitter and like our Facebook page?