“Part Five” only sees things get worse for Michael and Adam, as a blackmailer emerges with proof of what happened, while the Baxters commit to figuring out who really killed their son.

“Part Five” only sees things get worse for Michael and Adam, as a blackmailer emerges with proof of what happened, while the Baxters commit to figuring out who really killed their son.

This recap of Your Honor season 1, episode 5, “Part Five”, contains spoilers. You can check out our thoughts on the previous episode by clicking these words.

It’s not what you know, it’s who you know, or at least that’s how the saying goes. But Your Honor seems determined the prove the old adage false. The only thing that Michael Desiato really has, his connections, are also the thing that has caused his admittedly hare-brained cover-up scheme to unravel. He ends “Part Five” not just in dire straits, but not even realizing the extent to which his various attempts at protecting Adam have given him away.

There has always been a morbidly funny streak to how Michael enlisting the best possible people for various tasks – Nancy Costello to look into the “theft” of Robin’s car; Lee Delamere to defend Kofi Jones in court after being picked up for it – has continuously backfired. At first, the idea of a well-to-do white man using his influence to wipe away his son’s misdeeds was just the setup for a drama, but by now it’s a commentary on enduring values of morality and loyalty as well. Lee and Nancy, both serious about their jobs and the reasons they do them, are doing a thorough enough job that Michael’s ill-thought-out efforts to sweep everything under the rug are only incriminating him. Desire, the street gang to whom Kofi belonged and for whose protection he pled guilty to a crime he didn’t commit, is willing to go to war for the deaths of Kofi and now his mother and three siblings. Doing the right thing, and avenging the wrong thing, are more powerful than simply calling in favors.

All of this happens without Michael’s knowledge. His thoughts are occupied in “Part Five” with a new development, which is the mysterious arrival of a cell phone that receives messages explaining the sender knows what Adam did, want a hefty ransom of $220,000 – a peculiarly specific sum – not to reveal it, and have the proof they need to make the accusation stick if that’s what it comes to. This and a break-in and an epileptic dog send Michael increasingly frantic until he’s eventually making quite a scene trying to withdraw money from the bank and getting jostled around in a parade crowd while trying to call the blackmailer’s bluff. The list of people who have seen Michael behave in a deeply suspicious way continues to increase, and most damningly of all, it includes the gas station attendant whom Michael got pally with when he finessed a way to erase the CCTV footage. 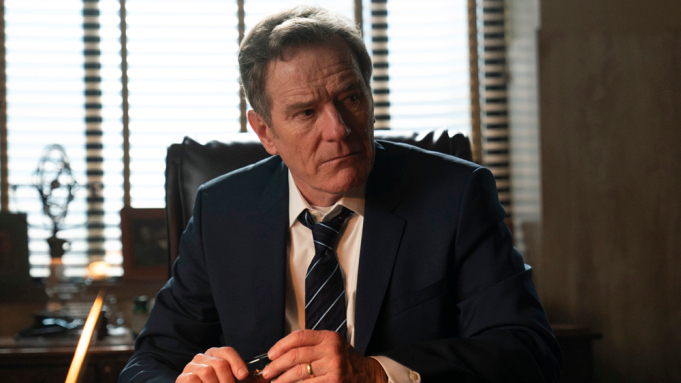 So, who’s the blackmailer? From what we see in the episode, it isn’t a representative of Baxter or Desire, which only leaves, realistically, the car that was waiting behind the Volvo when Adam filled it up (the fact Michael took a photo of this vehicle before deleting the surveillance footage reads as a bit too convenient, for my tastes, but you can justify it easily enough that I’m not hung up on it.) That presumably suggests less danger than is represented by the under- and over-world criminal syndicates that both have a vested interest in exposing what really happened, so Michael is probably wasting his time, if not yet his money, though that’s not for a lack of trying.

I’d argue he’s wasting his time anyway, since Adam so clearly wants to get caught, or at least be made to pay for his crimes, that he’s inevitably going to void all of his father’s efforts anyway. Everything he has done so far, rooted in understandable guilt or not, has been ludicrously silly for a person even remotely interested in self-preservation. The only logical conclusion is that he isn’t interested in that at all, and believes that the only reasonable way of atoning for his role in Rocco and now Kofi and co.’s deaths is to behave so stupidly and obviously that someone makes him by force. His bizarre decision last week to attend a candlelight vigil in Rocco’s honor leads to him sitting down and having a flirty chat with Fia Baxter this week.

This is one thread that puzzles me since Your Honor has gone to some lengths thus far to portray Fia as somewhat apart from the rest of the family. Carlo returns home from prison in this episode, and she only reluctantly embraces him; it’s a visual metaphor for the idea that she’s only close to these murderous gangsters by blood and expectation. She hasn’t embraced the lifestyle in the way that the men and Gina have. You have to wonder, then, if her burgeoning relationship with Michael is genuine, and if it’ll perhaps prove genuine enough for her to turn against her family in order to protect him.

Either way, he’s going to need protection of some kind, since everyone else seems to have it, even Kofi’s little brother Eugene, who spends “Part Five” being adopted by the Desire gang, put up in his own bedroom for the first time in his life and stuck on a corner as a worker. He’s obviously being exploited, but the upsides of his loyalty, at least for now, outweigh the risks. That’s more than can be said for the Desiatos, who at the moment don’t seem to have any upsides at all.

Thanks for reading our recap of Your Honor season 1, episode 5, “Part Five”. For more recaps, reviews, and original features covering the world of entertainment, why not follow us on Twitter and like our Facebook page?