For All Mankind Review: One Small Step For Apple TV+

A decent alt-history series that imagines what might have happened had Russia won the space race, For All Mankind suggests more potential than is realized in the first three episodes.

A decent alt-history series that imagines what might have happened had Russia won the space race, For All Mankind suggests more potential than is realized in the first three episodes.


This review is based on the first three episodes of For All Mankind, which debuted on Apple TV+ November 1st, 2019. We will be covering the show weekly from here on out.

During last week’s debut of Apple TV+, it’s no surprise that For All Mankind got lost in the shuffle a bit. It doesn’t have the splashy, attention-grabbing cast of The Morning Show or the lavish genre stylings of See. But like those two shows, Apple elected to release just the first three episodes of For All Mankind and roll out the rest on a weekly basis, so it obviously has more confidence in its long-term appeal than it does in, say, Dickinson. Whatever the logic of it, For All Mankind is decently entertaining, even if its provocative alt-history premise suggests more potential than the first three episodes manage to wring out of it.

That premise, established by a cheeky fakeout in the first episode that was obviously undermined by the marketing, is that Russia won the space race. They weren’t just first to put a man into the void but to also land one on the moon — and in an unintentionally funny moment, the Russian cosmonaut steps from the lunar lander and says it was all for the Marxist-Leninist way of life. It’s awkward, and even more so once they up the ante and send a woman up there too. 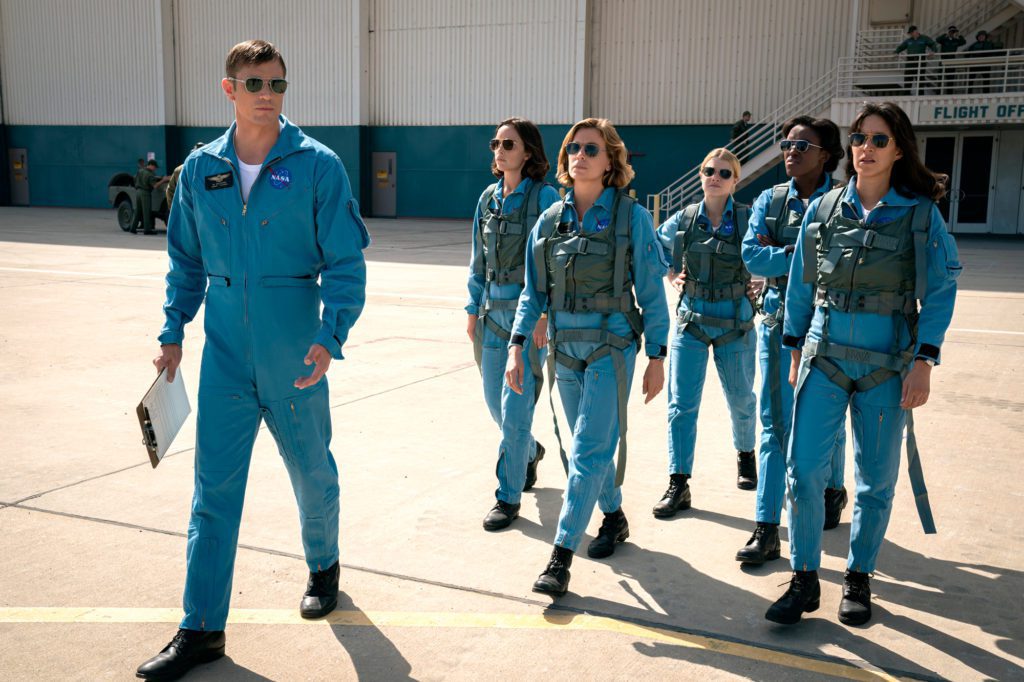 The show’s creator is Ronald D Moore, evidently having more fun with the finer, incidental details of his historical retcon than he is with its world-changing macro implications. This isn’t the kind of what-if proposition that drastically reshapes the world; the show is still set in a recognizable facsimile of late-60s America, only with several casual but knowing nods to slight cultural and political differences. At first, the whole thing seems to be focused on Edward Baldwin (Joel Kinnaman, better here than he has been elsewhere, which admittedly isn’t saying much), whose career as an astronaut is stymied when he gets within touching distance of the moon and is ordered home before landing, then gets drunk and blabs about NASA’s cowardice to a journalist. A series focused on Baldwin’s (fictional) career and attempts to get back into NASA’s good graces would have been fine, but once For All Mankind pivots and makes its female characters a priority, it becomes more interesting, if not necessarily better.

The problem is the divided focus; the first three episodes juggle a lot of competing storylines without a clear protagonist or focal thread, so certain moments clearly intended to be more impactful feel as if they come out of nowhere and disappear just as quickly. It’s also a large cast without too many clearly defined personalities to latch on to. The overall effect is by no means bad, just overstuffed and only intermittently as effective as it would clearly like to be. But some strong ideas and some atypical friction — at one point Baldwin’s wife (Shantel VanSanten) gets annoyed with him because he isn’t offended by the idea of female astronauts — suggests that For All Mankind‘s opening episodes might just be a small step so that the rest of it can take some giant leaps. Time will tell.