“Chickens Come Home to Roost” proved a fitting end to a fine series and the assassination of President Kennedy only one of several.

“Chickens Come Home to Roost” proved a fitting end to a fine series and the assassination of President Kennedy only one of several.

This recap of Godfather of Harlem Season 1, Episode 10, “Chickens Come Home to Roost”, contains spoilers. You can check out our thoughts on the previous episode by clicking these words.

Grandiose title notwithstanding, Godfather of Harlem has never really been about Bumpy Johnson (Forest Whitaker), though it’s through his eyes – I’ll allow the obvious joke to make itself – that we have witnessed a lot of the events, movements, and figures that reshaped Harlem and the rest of America during the early ‘60s. Godfather of Harlem Episode 10, the first season’s finale, provided a fitting send-off for not just Bumpy, but the show’s themes of social upheaval, historical change, and criminal legacy.

As the episode’s title “Chickens Come Home to Roost” suggests, the finale is set against the backdrop of President John F. Kennedy’s assassination by Lee Harvey Oswald and the social and political fallout that ensued, but also the on-going war between Bumpy and the Italian Mafia, complicated more than ever now that Chin (Vincent D’Onofrio) has managed to convince Costello (Paul Sorvino) and Bonanno (Chazz Palminteri) that Bumpy was responsible for the deaths of both Lorenzo and “Made Man” Richie Zambrano (Louis Cancelmi). Indeed, Godfather of Harlem Episode 10 opens with Bumpy being summoned before the Family leadership to answer for Zambrano’s murder, which he admits, but not without the promise of “mutually assured destruction” – a topical term, here referring to damning evidence that’ll find its way into the public domain should Bumpy, his family, or his men be touched.

Naturally, this isn’t enough to set Bumpy’s mind at ease, so he has Mayme (Ilfenesh Hadera) and Margaret (Demi Singleton) taken away somewhere safe. Kennedy’s assassination, meanwhile, ripples throughout the community. We see Adam Clayton Powell (Giancarlo Esposito) tearfully mourn him, and Malcolm X (Nigel Thatch) utter his now-famous response to the tragedy on the Lester Wolff Show: “Being an old farm boy myself, chickens coming home to roost never did make me sad; they always made me glad.” Having been specifically told not to comment on the assassination by the Honorable Elijah Muhammad (Clifton Davis), Malcolm is censured by the Nation of Islam and elects to leave the organization outright. 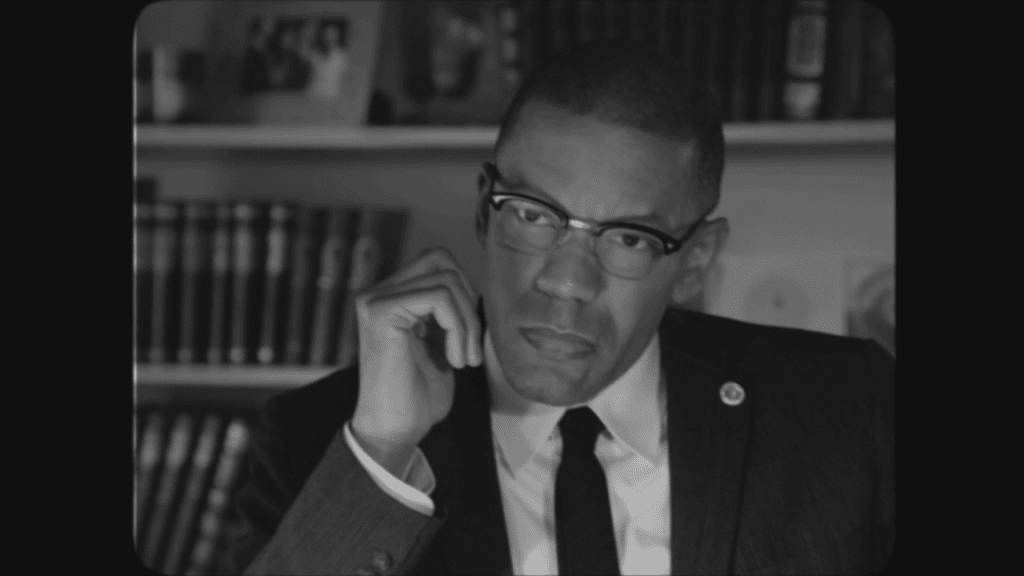 Godfather of Harlem Episode 10 also provides a predictably tragic conclusion to the doomed love story of Stella (Lucy Fry) and Teddy Greene (Kelvin Harrison Jr.), the latter’s newfound success opening for Sam Cooke proving to be short-lived. And while “Chickens Come Home to Roost” by no means redeems Ernie (Rafi Gavron), he finally has enough of his very genuine love for Stella being mocked and dismissed by Chin and attempts to warn the pair of them that they’re unsafe. But he’s too late, and Teddy is shot and killed by another of Chin’s capos.

Bumpy is indeed targeted in the finale, attacked in his penthouse by an Italian gangster, but is saved from death by Elise (Antoinette Crowe-Legacy), echoing something stated earlier by Malcolm X about Elijah Muhammad’s endorsement of self-defense against oppressors – it’s nice to know that Elise slashing the throat of Bumpy’s would-be murderer would be tolerated by the Nation. Not that it would have necessarily stopped her either way.

But this is the way of Godfather of Harlem, a show about people doing what they must to protect their families however they can, from Bumpy and Mayme lying to Margaret about her parentage to Chin ordering and then backpedaling from Teddy’s death to Elise saving her father’s life. Almost every decision made in this first season was for the betterment, protection, or retribution of someone else. It was a show about a community in which every cultural moment, mob flourish and re-enacted slice of history was connected, in one way or another, by blood. And that seems fitting enough to me.

2 thoughts on “Godfather of Harlem Recap: A Fitting End”