“Something Stupid” shows the cracks appearing between Kim and Jimmy in another solid episode of Better Call Saul.

“Something Stupid” shows the cracks appearing between Kim and Jimmy in another solid episode of Better Call Saul.

At the start of this week’s Better Call Saul, the screen is split, showing a montage of Kim (Rhea Seehorn) and Jimmy (Bob Odenkirk) partaking in daily events like eating their dinner, organising paperwork or brushing their teeth. At a glance, it had all the formalities of a working relationship – the “work and play hard” dynamic. You soon realise that the career-driven couple is not grasping the happy relationship, and are instead doing their own thing separately, leaving the importance of communication vacant. Episode 7, “Something Stupid”, is the start of the avoidable cracks that have been waiting to breach the surface since the death of Chuck McGill (Michael McKean).

And although “Something Stupid” is meant to demonstrate the cracks, Better Call Saul does not resign itself to ominous placeholders designed for the audience to understand the state of the relationship. Episode 7, for the most part, highlights their daily routine; Kim enjoying her practice and Jimmy consoling himself to selling flip phones to criminals. Better Call Saul has written the episode in such a way that the audience is seeing their relationship from a distance, and the problems are not immediately obvious. 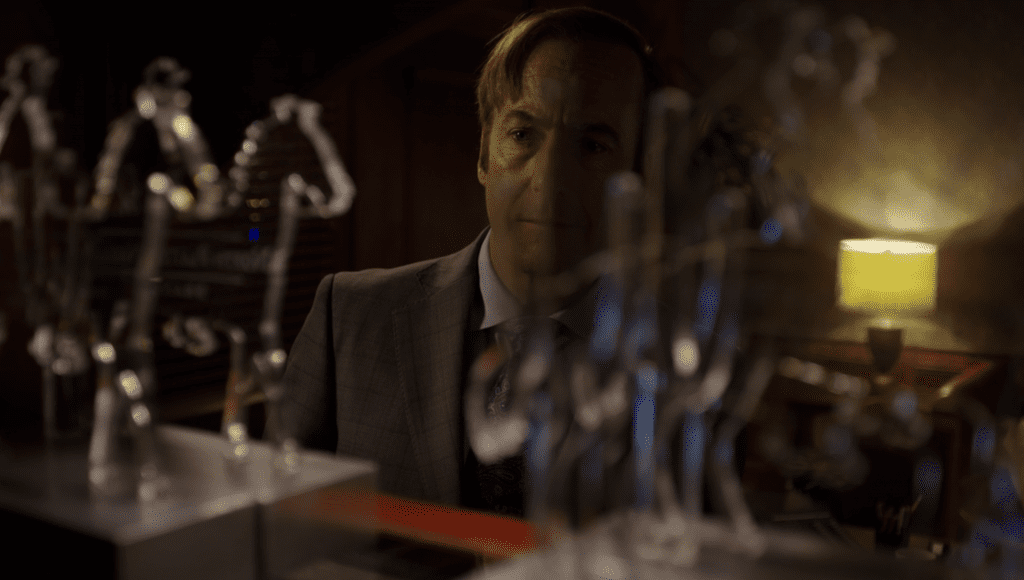 The main strength of “Something Stupid” is Rhea Seehorn, who does an applaudable job of highlighting Kim’s thought process. A fine example is during the scene at her work party; she invites Jimmy, and although he is landing the right jokes and signalling the right gestures to her colleagues, her smile is faintly strained and her arm strokes on Jimmy are meant to be seen as endearing but clearly, this is her natural response to dealing with how she is feeling and she wants Jimmy to be less animated in front of her co-workers. Kim is suppressing her dissatisfaction with Jimmy’s recent choices, which started when she learned he will not go to therapy.

Kim’s suppression will grow, which will mean an exasperated outburst is due, especially after learning that Jimmy is selling flip phones to criminals. Again, during episode 7, Kim does not exactly react with anger when she finds out. I believe the character is almost past the point where anger is even an option, and confining herself to a routine feels more comfortable. The manner in which she finds out about Jimmy’s actual day job will not help matters, as Jimmy is confronted by an undercover cop and his security guard hits him over the head with a bag of sandwiches. I was equally surprised that Kim agreed to help his friend in court, as he is facing battery charges against a police officer. 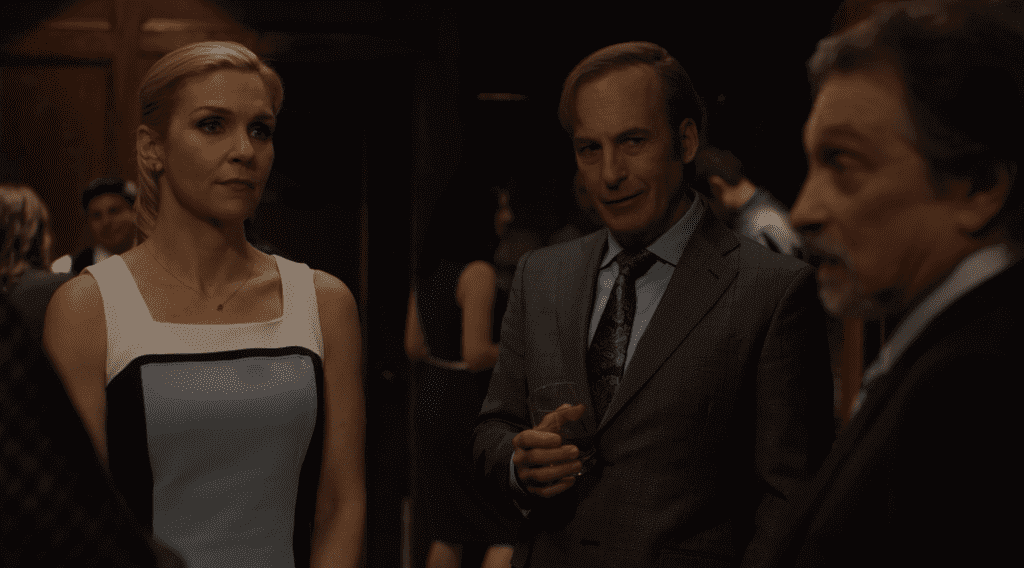 What is abundantly clear is that Better Call Saul has reached a point where the lead character is Jimmy by day and Saul Goodman by night; the character is even handing out business cards with “Better Call Saul” embedded. The actions of Jimmy in this episode will be a tipping point for Kim. I believe her involvement in the court case to get Jimmy’s friend off prison time will force her hand to do something she will not be proud of, pushing her to make a decision on her relationship.

Meanwhile, in the criminal underworld, the drug-making laboratory managed by Mike for the inscrutable Gus is making progress. Better Call Saul revels in the process behind making this underground lab, showing how the German labourers get from A to B, highlighting the attention to detail this series considers. What was more interesting is that Hector is finally showing some recovery in the hospital, becoming the character he is in Breaking Bad. With his recovery comes comedy, as he knocks over some water so he can check out the nurse’s body. This confirms to Gus that Hector is in fact back.

Episode 7, “Something Stupid” is not a grandstanding instalment in this season of Better Call Saul, and it needn’t be. There is something about this season in particular that I cannot put my finger on but what I do understand is that it is the best in the series without a doubt. Better Call Saul has put itself on the map as one of the finer TV series’ of our time, and let us hope it continues.